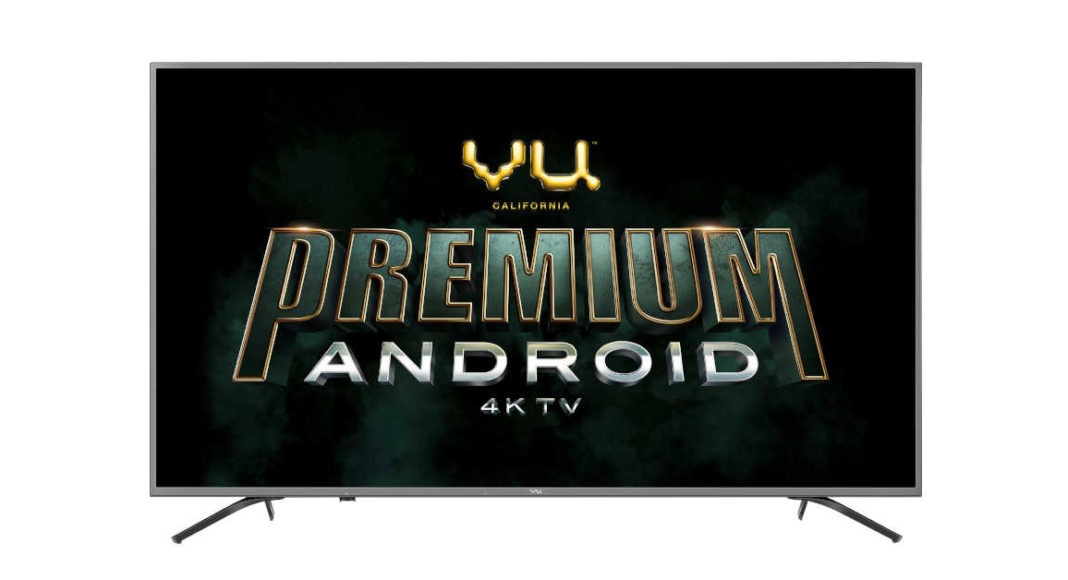 California-based Vu Televisions has expanded its range of televisions in India with the launch of three new offerings. The newly launched televisions from the company including Vu Pixelight TV (next generation), Vu UltraSmart TV and Vu Premium Android, have been designed to enrich the experience of video on demand content from the likes of Netflix, YouTube, Amazon Prime and others.

According to the company, it has a proprietary upscaling technology that combines multiple advanced machine learning algorithms that work in parallel with a state-of-the-art DSP (digital signal processor) in order to provide an enhanced video/audio playback for VOD content. Here are the pricing details and specifications of the newly launched televisions by Vu Technologies:

Vu Pixelight 4K TV is claimed to deliver upscaled picture and sound quality for streaming Video on Demand (VOD). The television is accompanied by a Pixelight Remote with 4 Hotkeys that give users instant access to some premium licensed apps like Netflix, Amazon Prime and YouTube. In addition to this, there is apps menu on the television from where users can access a lot of Indian applications and content.

These include the likes of Eros Now and Hungama Play among others. The newly launched television comes with Vu Pixelight HDR technology that is said to enhance the visuals on the display. Other than this, there is a built-in Dolby Audio and DTS technologies. Vu Pixelight 4K TV is available in four screen sizes – 43-inches, 50-inches, 55-inches and 65-inches. These variants are priced at Rs 30,000, Rs 39,000, Rs 42,000 and Rs 66,000 respectively.

Coming to Vu Ultrasmart Full HD TV, it also comes pre-loaded with Netflix, Amazon Prime Video and YouTube apps. Much like next-generation Vu Pixelight TV, the television comes with a 4-Hotkeys remote so that users can access these apps with ease. The television has Smart Interface, which basically ensures that the device has an enjoyable and easy way to access smart content.

Vu UltraSmart TV also has a High Bright Panel coupled with an in-built Dolby and DBX-TV audio and the television houses all of these on a piano design body. The television is available in three screen sizes – 32-inch, 40-inch and 49-inch – that are priced at Rs 14,500, Rs 21,000 and Rs 31,000 respectively.

Last but not the least, Vu Premium Android 4K TV is powered with HDR 10 & Dolby Vision technology which, according to the company, upscales the details on the display of the device by maximizing contrast and colour accuracy to deliver an immersive 4K HDR picture quality. Other than this, there is built-in Dolby MS12 Audio and DBx-tv, that help the television in delivering wider soundstage audio clarity to your content.

The Vu Premium Android 4K TV runs with Android 8.0 Oreo which gives the user access to the entire Google Ecosystem. In addition to this, the television also has certified apps like YouTube and Hotstar that can be accessed via Vu ActiVoice remote. The device is available in 43-inch, 50-inch, 55-inch and 65-inch screen sizes that are priced at Rs 35,000, Rs 41,000 and Rs 47,000 and Rs 72,000 respectively.

Speaking on the launch of the televisions, Devita Saraf, Chairman and CEO of Vu Technologies, India said, “The revolutionary VOD Upscaler technology has been in development for more than 3 years, with 107 man years of engineering effort to create it.  Vu makes television for the new- age consumer who wants to experience detailed picture quality and sound clarity, beautiful aesthetics and a world of content. Having customer-centric approach has led Vu to the unwavering loyalty of the customers- high net worth individuals and young professionals.”