WhatsApp has also increased the file sharing limit, added reaction, and added the ability to make group audio calls with up to 32 people at once. 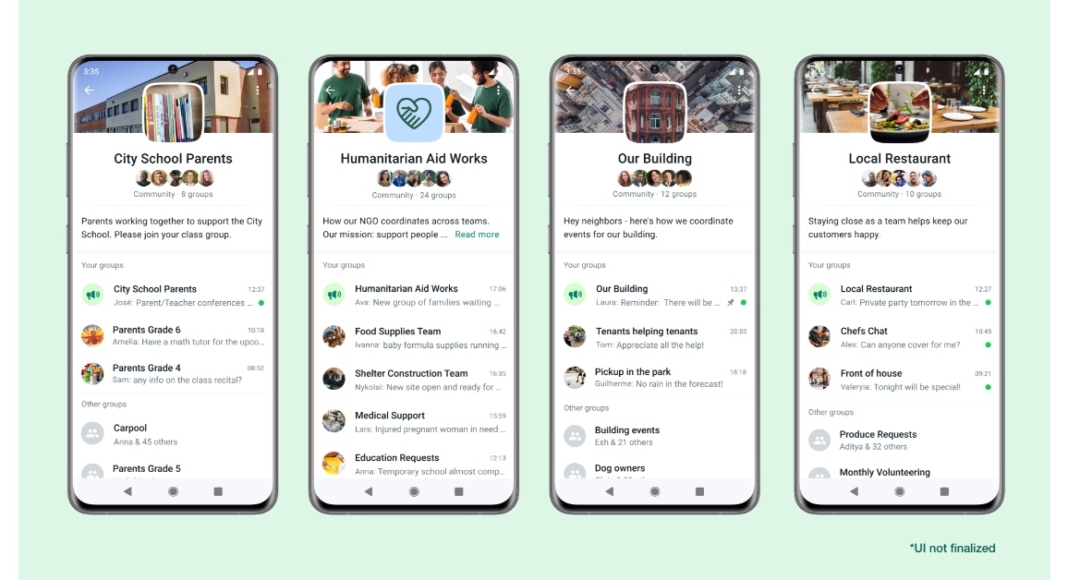 WhatsApp has reportedly been testing the Communities feature for the past few months. Now in a fresh update, the Meta owned instant messaging platform has announced Communities. It will allow users to have multiple groups and lets them receive updates from all of them on a single screen without having to scroll through multiple chats. In addition to this WhatsApp has also increased the file sharing limit, brought reaction and the ability to create group audio calls with up to 32 people at once.

While announcing WhatsApp communities the company said, Today we are excited to share our vision for a new feature we are adding to WhatsApp called Communities. Since WhatsApp launched in 2009, we’ve been focused on how we can help people have the next best thing to an in-person conversation when they want to talk to an individual or a group of friends or family. We also frequently hear from people who are using WhatsApp to communicate and coordinate within a community.”

With the introduction of WhatsApp communities, people will be able to bring together different groups under one umbrella. People can easily organise smaller discussion groups on topics that are important to them and receive updates sent to the entire Community. Administrators will have access to a number of new tools, including the ability to send out mass announcements and control over which groups can be included in communities.

Schools, local clubs, and non-profit organisations now rely on WhatsApp to communicate securely and get things done. Communities will make it easier for a school principal to bring all of the school’s parents together to share important information and form groups focused on specific classes, extracurricular activities, or volunteer needs.

“We think these will help people share in new ways and reduce overload in larger chats,” WhatsApp said.

These features will be available in the coming weeks, allowing users to test them out before Communities are ready. WhatsApp also stated that its end-to-end encryption will continue to protect messages in Communities.

WhatsApp is also providing new tools that will help administrators manage conversations within their private groups. Admins are in charge of creating and managing WhatsApp Communities. By forming new groups or linking pre-existing groups, they can choose which groups become part of their Community. Community administrators will also be able to unlink groups from the Community and completely remove individual members. Furthermore, group admins will have the ability to delete inappropriate or abusive chats or media for all group members. We’ll provide resources for administrators on how to make the most of these new features.

While users Users can choose who can add them to a group using our existing settings, which will also apply to Communities. Users will be able to report abuse, block accounts, and leave Communities that they no longer want to be a part of with ease. The ability to leave a group silently, so no one in the group is notified if someone decides the conversation isn’t for them anymore.

Only Community admins will be able to send messages to all Community members, which is referred to as the announcement group for the community, in order to reduce noise and overload. Messages that have already been forwarded will only be able to be forwarded to one group at a time with the introduction of Communities, rather than the current limit of five. Your phone number will be hidden from the rest of the Community and only visible to Community admins and others in your same group to help protect user privacy. This will help prevent unwanted contact and reduce the risk of phone numbers being scraped. 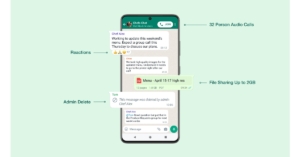 Emoji reactions are now available in WhatsApp groups, in addition to Communities. people can quickly share their opinion without flooding chats with new messages. While Group admins will be able to remove errant or problematic messages from everyone’s chats. WhatsApp has also increased file sharing to support files up to 2 gigabytes so people can easily collaborate on projects. Additionally,, voice calling for up to 32 people with an all-new design for those times when talking live is better than chatting has also been introduced.

Komila Singhhttp://www.gadgetbridge.com
Komila is one of the most spirited tech writers at Gadget Bridge. Always up for a new challenge, she is an expert at dissecting technology and getting to its core. She loves to tinker with new mobile phones, tablets and headphones.
Facebook
Twitter
WhatsApp
Linkedin
ReddIt
Email
Previous articleOnePlus 10R India launch to take place on April 28
Next articleInfinix Hot 11 2022 budget smartphone launched in India