With Drop-In for all of your devices feature, Alexa can now begin an audio intercom call for conversation 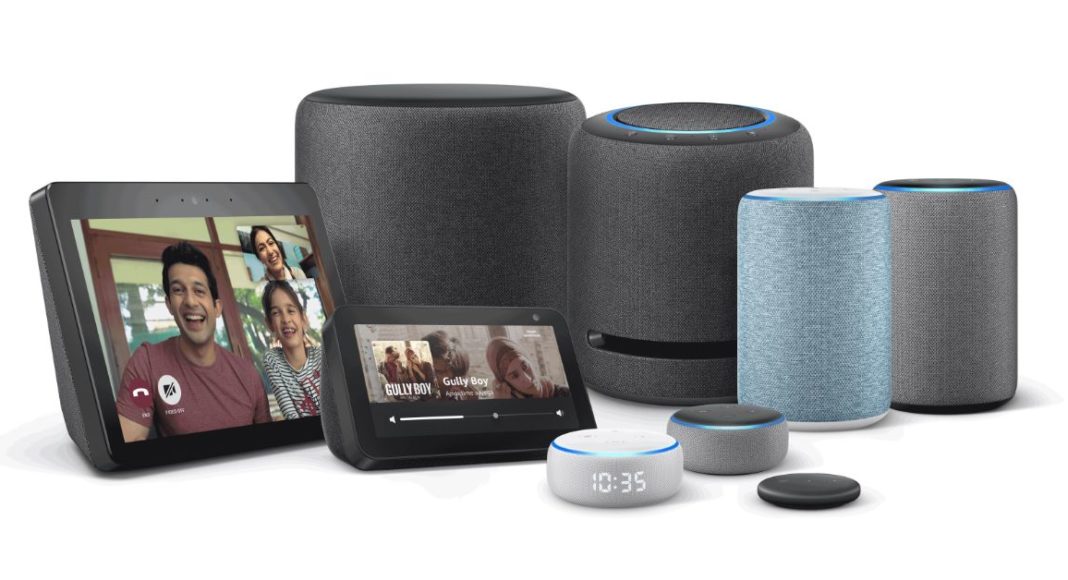 Amazon has been doing great with its voice-based AI/Assistant — Alexa. Integrated with various devices. The company keeps on working on it to make it more smarter and user friendly by updating it with more skills on its voice assistance service. Now as the new update rolls out it brings the Drop-in feature to it allowing it to talk with all other connected Echo Devices or two-way communication. However, in the past, it could only send a message to another connected echo device at a time.

But now with the rollout of the new update using the Drop-in feature, it can send messages to all the connected devices at once. This would help the user to make an announcement from the kitchen when the dinner is ready. According to the company to begin a two-way conversation you can simply ask Alexa to “Drop-In everywhere.” Check out what new features Alexa brings

Drop-In for all of your devices – Customers can now use group Drop In to instantly connect all of their Echo devices into a group conversation. Simply say, “Alexa, drop in on all devices” to start an audio intercom call to have conversations like “what should we have for dinner?” or “Does anyone want anything from the grocery store?”

Reminders on all devices – In a similar way another feature reminder has been added to the Alexa devices. This allows the user to set a reminder to be played across all the devices while setting choosing for “all devices”. The feature is currently available in the US allowing them to get reminders to play across all their Alexa devices, a frequently requested feature. As per the company in the Alexa app, customers can choose “All devices” when creating an individual reminder or enable the feature for all reminders by going to Settings > Reminders and opting into “Announce on all devices.”

Photo sharing and reaction- Another important feature it received id now you can easily share photos with your Alexa contacts from your Echo Show and the Alexa app. Now, when someone shares a photo with you, you can send a reaction back by choosing one of three animated emoji options, including “laugh,” “love,” and “wow.”

Currently, there are a slew of Alexa devices available in India and many smartphones can also be controlled using the Alexa Voice Assistant service. The Amazon Echo Studio can be purchased at Rs 22,999 whereas the Echo Show comes at Rs 16,999. Other devices with display include the Echo Show 8 at Rs 7,999 and Echo Show 5 at Rs 5,999. The Echo Dot can be purchased at Rs 3,499, the Echo Input retails at Rs 3,999 whereas Echo and the Echo Plus comes with a price tag of Rs 9,799 and Rs 9,999 respectively.

Komila Singhhttp://www.gadgetbridge.com
Komila is one of the most spirited tech writers at Gadget Bridge. Always up for a new challenge, she is an expert at dissecting technology and getting to its core. She loves to tinker with new mobile phones, tablets and headphones.
Facebook
Twitter
WhatsApp
Linkedin
ReddIt
Email
Previous article
June 2 Amazon Quiz: Participate and win Amazon Echo Show
Next article
Google Pixel smartphones now get new safety and bedtime features