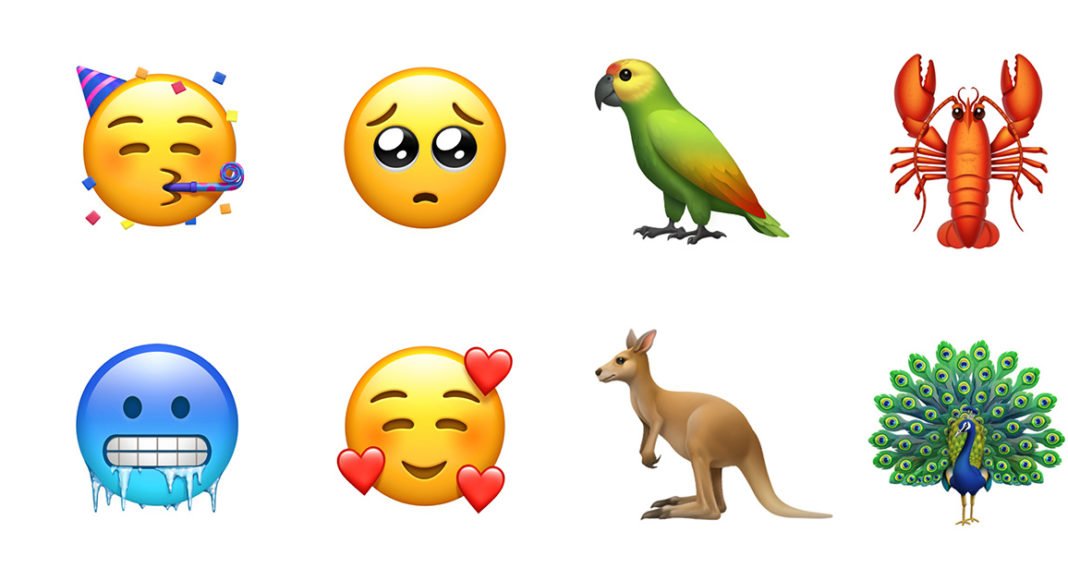 Even the thought of having text conversations and tweets without emoji can sound extremely mundane. No wonder, technology companies like Apple and Google take even the placement of cheese on their burger emoji so seriously. Taking this attitude forward, Cupertino based technology giant Apple has announced 70 new emojis to iOS 12 on World Emoji Day.

The company has created over 70 new emoji designs based on characters that were approved in Unicode 11.0. These include emoji that better represent people with red hair, grey hair and curly hair and a new emoji for bald people.

New smiley faces with different expressions including a cold face, party face, pleading face and a face with hearts have also been added to the list of existing emoji.

Animal emoji aren’t getting left behind either. The list of emoji supported in iOS12 will soon include kangaroo, peacock, parrot and a lobster. For foodies, the technology giant is adding mango, lettuce, cupcake, moon cake among other popular items.

That’s not all. Apple has stated that it is also adding a new superhero emoji to its list along with a softball, nazar amulet and infinity symbol.

Users will be able to access these new emoji across devices that run iOS 12 including iPhone, iPad, Apple Watch and Mac. But don’t try looking for these on your devices right now, as Apple has said that the new emoji will only be available later this year in a free software update. So you’ll have to wait till you send out the part face or cold face emoji in your WhatsApp conversation.

Till then, you can use the thousands of emoji that are currently available on iOS, watchOS and macOS including the emotive smiley faces, gender neutral characters, various clothing options, food types and items, animals, mythical creatures and more.

Avani Baggahttp://www.gadgetbridge.com
Avani has an immense love for reading, travelling and food, but not necessarily in the same order. Avani almost started pursuing law, but life had other (better) plans for her and she chose to be a writer instead (luckily!) She previously covered technology at Times Internet and wrote about smartphones, mobile apps and tech startups. When she’s not writing, you’ll be able to find her in book stores or catching up on her social life.
Facebook
Twitter
WhatsApp
Linkedin
ReddIt
Email
Previous article
COMIO will launch another 5.5-inch budget smartphone in July
Next article
5 Netflix shows you need to binge watch now (July 2018)