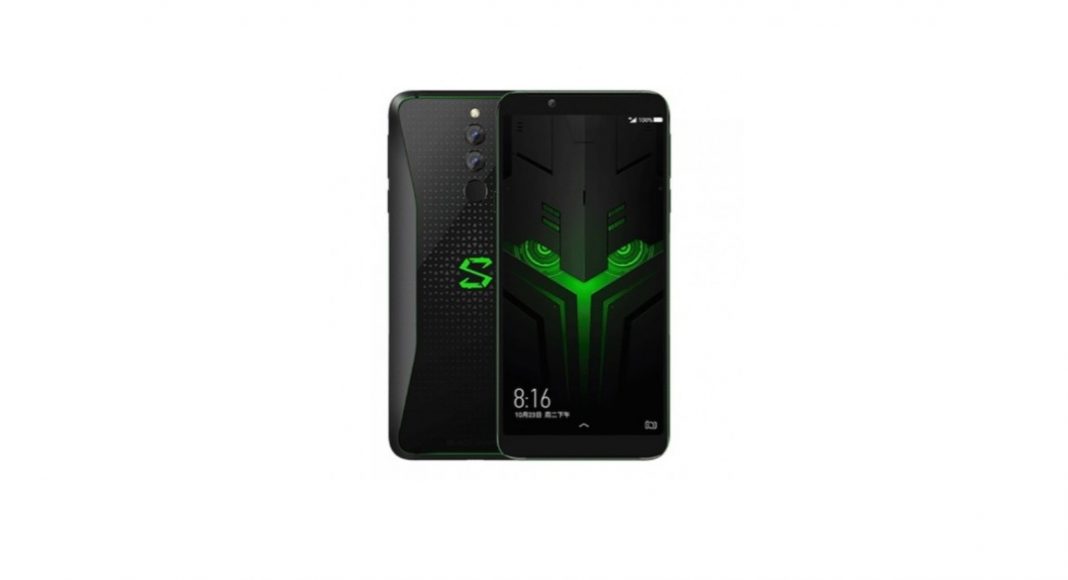 Xiaomi Black Shark Helo smartphone is available in three storage variants. While the base model comes with 6GB RAM and 128GB onboard storage, the other two variants include 8GB RAM/128GB internal storage and a massive 10GB RAM and 256GB inbuilt storage. The 6GB RAM model is priced at CNY 3,199, the 8GB RAM variant bears a price tag of CNY 3,499 and the 10GB RAM version costs CNY 4,199. Xiaomi Black Shark Helo is only available in Black colour option.

The Xiaomi Black Shark Helo smartphone features a 6.01-inch display that has aspect ratio of 18:9 and comes with 402ppi. The display is claimed to have 101.3% DCI-P3 colour gamut ratio. Powered by Qualcomm Snapdragon 845 processor, the gaming smartphone comes with 6GB/8GB/10GB RAM coupled with Adreno 630 GPU.

The smartphone is available in 128GB and 256GB storage variants.

For imaging duties, Xiaomi Black Shark Helo has a dual rear camera setup with 12MP+20MP sensors. Both the sensors on the smartphone’s back panel come with an f/1.75 aperture and LED flash. For selfies and video calls, there is a 20MP front facing snapper with an f/2.2 aperture.

The Android smartphone houses a 4,000mAh battery and has support for Quick Charge 3.0. On connectivity front, there is support for 4G LTE, Bluetooth v5, Wi-Fi, GPS, AGPS, Glonass, aptX and aptX HD support.

Avani Baggahttp://www.gadgetbridge.com
Avani has an immense love for reading, travelling and food, but not necessarily in the same order. Avani almost started pursuing law, but life had other (better) plans for her and she chose to be a writer instead (luckily!) She previously covered technology at Times Internet and wrote about smartphones, mobile apps and tech startups. When she’s not writing, you’ll be able to find her in book stores or catching up on her social life.
Facebook
Twitter
WhatsApp
Linkedin
ReddIt
Email
Previous article
Amazon Great Indian Festival vs Flipkart Festive Dhamaka Days: 17 smartphone deals compared
Next article
Apple, Samsung get fined by Italy for “planned obsolescence” of smartphones