Xiaomi is all set to launch Mi A3 in India 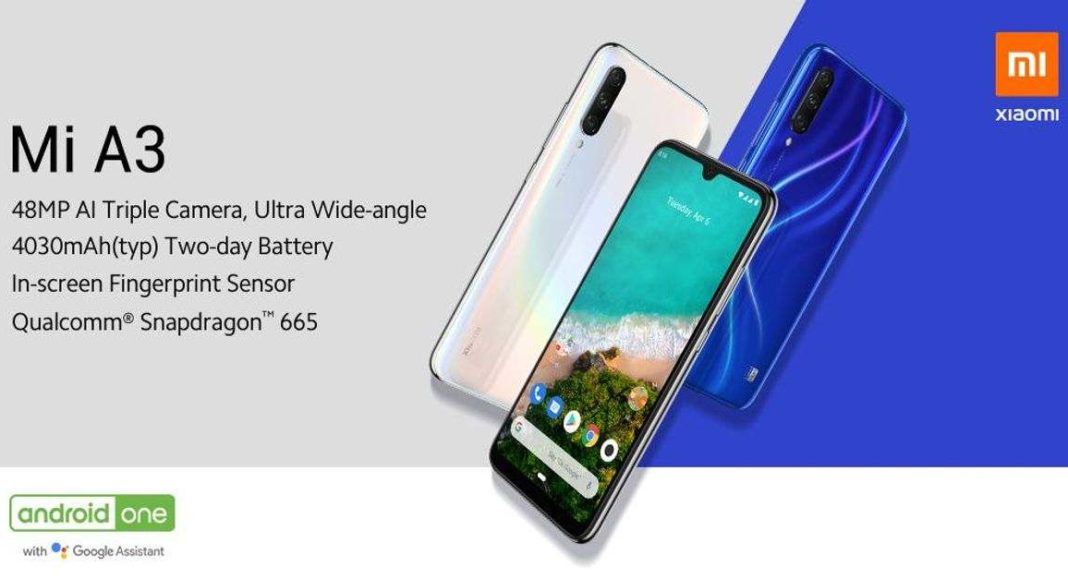 The Chinese technology company Xiaomi launched the Mi A3 smartphone globally last month. The new handset is the successor of the Mi A2 that was launched by the company last year. Xiaomi Mi A3 will be powered by Qualcomm Snapdragon 665 SoC paired with up to 6GB of RAM. Additionally, it comes with a triple rear camera setup along with a 48MP primary sensor. On the front, it includes a 32MP selfie camera. The device’s screen comes equipped with a fingerprint scanner. Now the company is set to launch the new mobile phone in India soon.

Confirming the launch, Xiaomi India’s Managing Director Manu Kumar Jain shared a teaser video of the Mi A3 on its Twitter account. The one minute 23 seconds video showcases the next-gen Android One smartphone, but the clip does not reveal the specific details about the upcoming smartphone. In the teaser video, Mr. Jain has asked Mi Fans to forecast the launch date of the upcoming smartphone in the country.

Lucky winner gets the upcoming #Xiaomi device. Just watch the full video and answer the question that comes with #XiaomiAndroidOne & tag @manukumarjain.

Additionally, he also gave us a glimpse of the smartphone that will come in a Blue gradient finish rear panel. “Ok Mi fans, let’s play a quick game! Lucky winner gets the upcoming #Xiaomi device. Just watch the full video and answer the question that comes with #XiaomiAndroidOne& tag @manukumarjain. RT & make this reach every #MiFan”, the tweet said. The smartphone will be available in ‘Not Just Blue’, ‘More Than White’, and ‘Kind of Gray’ colour variants.

Mi A3 price in India (expected)

Mi A3 comes with a 6.08-inch HD+ (720×1,560 pixels) AMOLED display with a 19.5:9 aspect ratio and a waterdrop-style notch. This is coupled with an in-display fingerprint sensor. The device is powered by an octa-core Qualcomm Snapdragon 665 SoC, along with 4GB of RAM. Mi A3 runs Android 9 Pie on the Android One program. As far as storage is concerned, it comes with 64GB and 128GB of onboard memory options that can be further expanded via a microSD card.

Komila Singhhttp://www.gadgetbridge.com
Komila is one of the most spirited tech writers at Gadget Bridge. Always up for a new challenge, she is an expert at dissecting technology and getting to its core. She loves to tinker with new mobile phones, tablets and headphones.
Facebook
Twitter
WhatsApp
Linkedin
ReddIt
Email
Previous articleRealme 5 series phone teased on Flipkart, to be launched on August 20
Next articleJio GigaFiber tariff plans announced at RIL‘s Annual General Meeting