HomeOther TechSmart WearablesXiaomi Mi Band 7 to feature an Always On Display, other specs...

Xiaomi Mi Band 7 to feature an Always On Display, other specs also tipped

The device will have a larger display and GPS support. 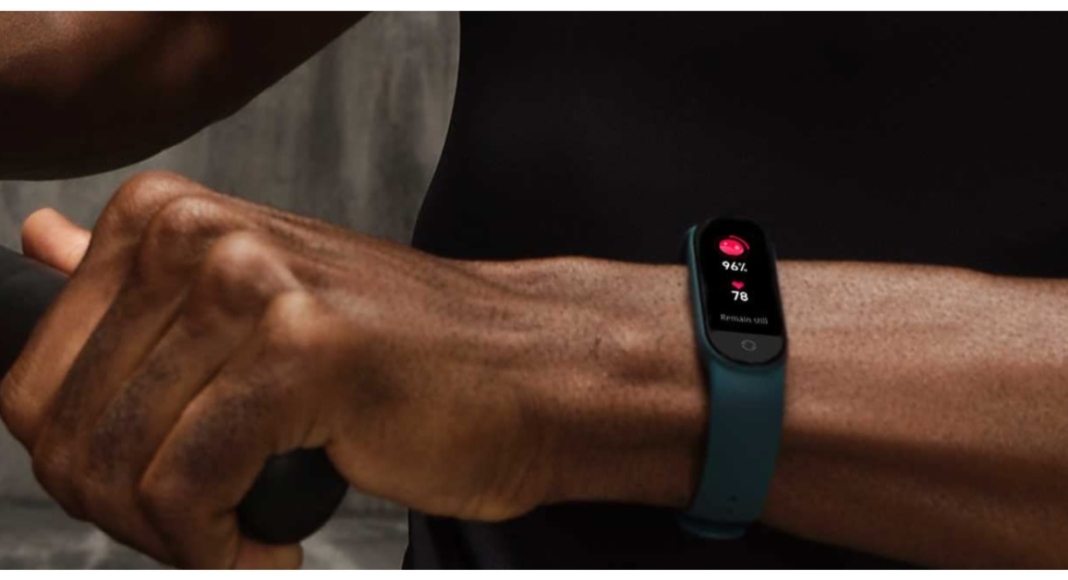 Xiaomi’s upcoming fitness tracker Mi Band 7 is expected to release soon. Ahead of any announcement the alleged smart band’s specifications have surfaced online. The device will succeed the existing Mi Band 6 and this time it will bear a bigger display. The smart wearable is also said to have always-on display support with GPS and smart alarm.

Details of the Mi Band 7 have been spotted on Huami’s Zepp application as per a report by XDA Developers. The alleged Mi Band 7 is likely to have a 192×490-pixel display resolution, which is higher than the 152×486-pixel resolution on the Mi Band 6. In addition to this, the fitness tracker is tipped to include a new Always On Display mode on some watch faces. It is expected to include built-in GPS support, allowing it to be used to track workouts such as jogging and running without the need for a smartphone. Although as with other devices that offer GPS functionality, the GPS capability may come at the expense of battery life.

Xiaomi’s Mi Band 7 is tipped to have model numbers M2129B1 and M2130B1, as well as the codename “L66.” In addition to this the smart wearable is also expected to include a power-saving mode (only recording steps and basic sleep data). This may help to enhance the wearable’s battery life. The Mi Band 7 is also said to include a Smart Alarm feature, which could wake up a user 30 minutes before their alarm goes off if it detects light sleep.

It should be noted that the Chinese company has yet to make any official announcements about an upcoming fitness tracker, including its specifications and features.

The Mi Band 6 has a 1.56-inch full-screen AMOLED touch display with a resolution of 152×486 pixels. It also has a peak brightness of 450 nits and a pixel density of 326ppi. Mi Smart Band 6 features Bluetooth v5 (BLE) connectivity and is compatible with both Android and iOS devices. It also includes a collection of themes and over 80 customizable watch faces. The device has 30 workout modes, including indoor training, sports, and other activities like Zumba. The Mi Smart Band 6 has a battery life of up to 14 days on a single charge. The band has a water resistance rating of 5 ATM. SpO2 measurements are also supported.

Komila Singhhttp://www.gadgetbridge.com
Komila is one of the most spirited tech writers at Gadget Bridge. Always up for a new challenge, she is an expert at dissecting technology and getting to its core. She loves to tinker with new mobile phones, tablets and headphones.
Facebook
Twitter
WhatsApp
Linkedin
ReddIt
Email
Previous articleLava X2 budget smartphone with a 5,000mAh battery launched in India
Next articlePoco X4 Pro 5G bag BIS certification, to launch in India soon