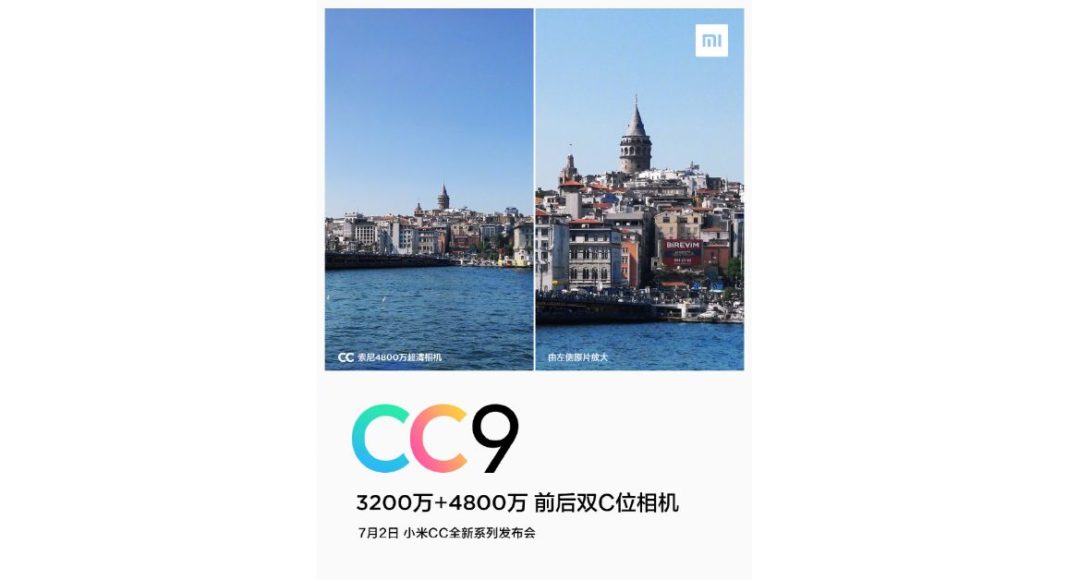 Chinese technology company Xiaomi is all set to unveil its Mi CC9 and Mi CC9e handsets in its home country on July 2. As the days of the launch draw closer, more and more teasers of the devices are surfacing online every day. In the latest teaser, Xiaomi has revealed that its Mi CC9 smartphone will sport a 32MP selfie camera and a 48MP Sony IMX586 sensor on the back panel.

We should mention that this is completely in line with the previous leaks, that also suggested that the Mi CC9 and Mi CC9e will sport a triple rear camera setup. The new teasers have surfaced online on Weibo and they suggest that the Xiaomi Mi CC9 will feature a 48MP Sony IMX586 sensor on its back and a 32MP selfie sensor. The teasers also reinforce that the handset will be launched on July 2.

It is worth pointing out that the two are the first ever devices in the company’s new CC smartphone series. The company has said that the new range of devices is aimed at the youth. As we mentioned earlier, a number of leaks of the smartphones have surfaced online recently and most of their specifications have been reported already. According to a leak, the Mi CC9 smartphone will also sport an all-screen display that will not have a notch on the top.

According to the rumoured specifications, the Mi CC9 smartphone will run Android 9.0 Pie with MIUI 10 baked on top. The handset will reportedly feature a 6.39-inch full-HD+ AMOLED display and will be powered by Snapdragon 730 SoC. The device will house a 4,000mAh battery with support for 27W fast charging.

The Mi CC9 is said to come with a triple rear camera setup that comprises of a 48MP Sony IMX586 sensor, a 16MP secondary lens and a 12MP sensor. On the front, there is a 32MP selfie camera. The device is said to sport an in-display fingerprint scanner.

Coming to the Mi CC9e, it is expected to feature a 5.97-inch full-HD+ AMOLED display and will be powered by Snapdragon 710 SoC. The handset will house a 3,500mAh battery that will come with support for fast charging. Its triple rear camera setup will be almost the same as Mi CC9, but will come with a 5MP tertiary sensor instead of a 12MP one. The rest of the specifications are the same too.