Xiaomi Mi Smart Band 3i is now available for pre-orders 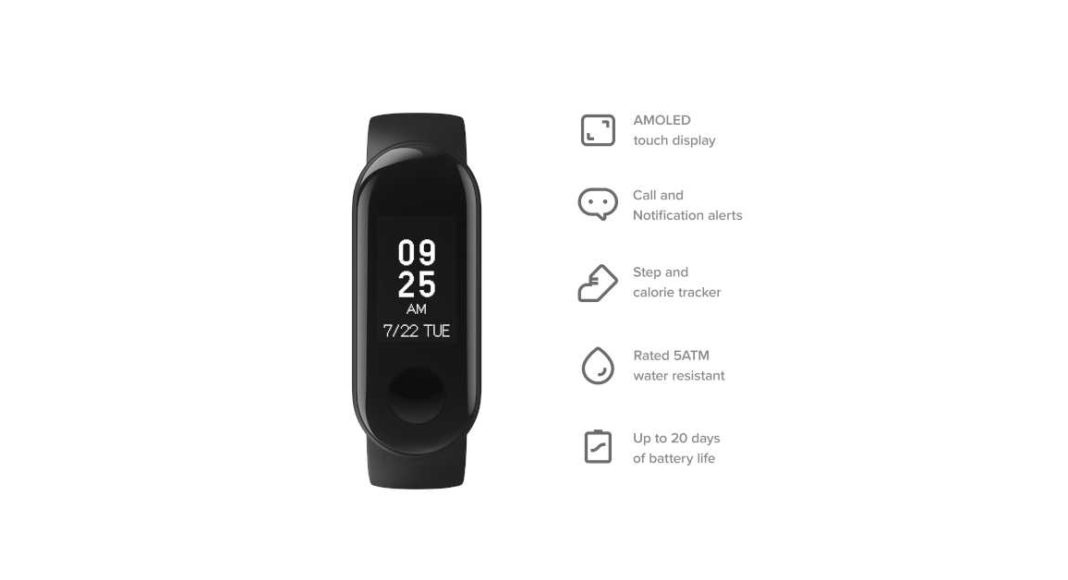 Xiaomi recently launched couple of smartphones in the country and now they are out with new Smart bands for fitness freaks. The company announced the Mi Smart Band 3i on November 21, which will succeed the Mi Band HRX that was released in September earlier this year. The Mi Smart Band 3i is made especially for the modern Indian who cares about fitness and convenience.

The display size of Mi Smart Band 3i is 0.42-inches. It is an AMOLED touch display that Xiaomi has put into this smart band. As for the battery the company has installed a 110mAh battery inside that allows usage of up to 20 days. The device is 5 ATM water-resistant, i.e. it can go up to 50 metres depth. Over that, the device will let you know of call and notification alerts of the mobile phone it is connected to, while tracking your steps and calories. The screen can display up to 48 characters at a time, making it easier for you to read everything on the screen with ease.

As per the company, the smartband helps you achieve goals set on your Mi fit app, by tracking your daily activity, sleep cycles and overall progress. The Mi smart Band 3i keeps you on your feet by organizing your day and phone logs as well. Like we said, tt lets you know of notifications and messages and they instantly pop up on your phone. You can also unlock the phone with the Mi Smart Band 3i.

According to Xiaomi India, “Xiaomi’s Mi Smart Band 3i is a device made specifically for Indian consumers. It features a slew of upgrades over its predecessor, Mi Band HRX. The display size goes up from a 1.2cm (0.42) unit to a 1.9cm (0.78) one, with AMOLED technology and touch support. Users can expect the similar battery life they have come to expect from the Mi Band series, with battery capacity bumped up from 70mAh to 110mAh for upto 20 days of usage.”

The Xiaomi Mi Smart Band 3i is now available for pre-orders and is priced at Rs1,299 on Mi India official page.

Achuuth Karthickhttp://www.gadgetbridge.com
The youngest member of Team Gadget Bridge, he is knowledgable Intern and loves his laptop and mobile phone. He cannot stay without them. He loves to talk about new consumer gadgets and has a bright mind.
Facebook
Twitter
WhatsApp
Linkedin
ReddIt
Email
Previous articleTwitter found testing scheduling feature for web browser
Next articleInfinix S5 Lite with triple rear cameras will go on its first sale on November 22