Xiaomi to introduce new true wireless earphone on May 26 in India, most likely to be Redmi AirDots S 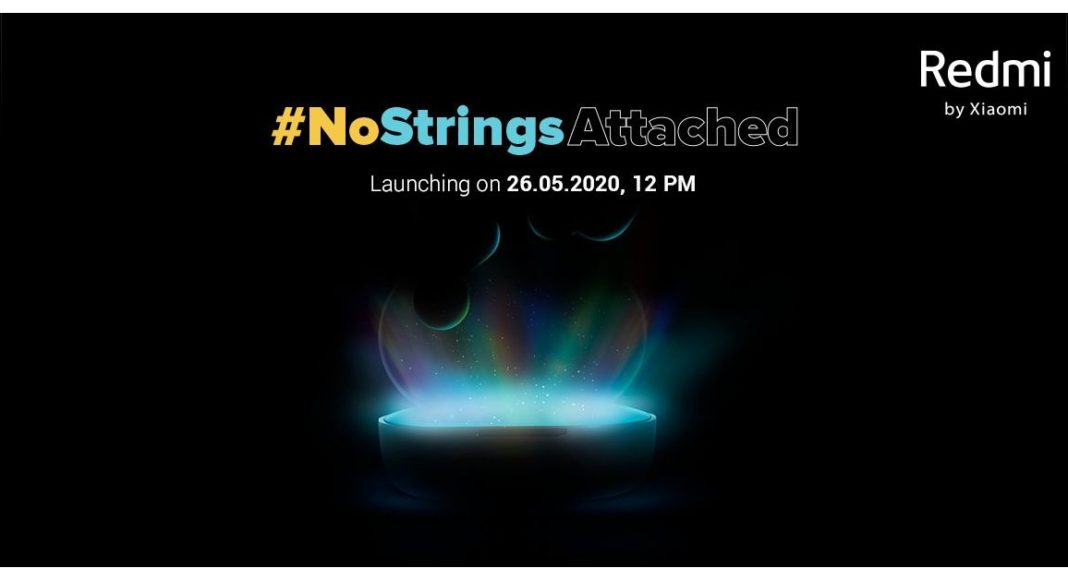 The Chinese electronics giant Xiaomi will be hosting a special event on May 26 where it is going to introduce a brand new smartphone in the market under its sub-brand called Redmi 10X. Ahead of the launch, the device is now up for pre-booking via the website. Moreover, on the same day, the company will also introduce a bunch of more products such as Redmi TV series, and RedmiBook in China. On May 26 in India Xioami has planned to unveil its new true wireless (TWS) earphones.

Xiaomi Global VP Manu Kumar Jain took to Twitter to announce the launch of its new true wireless earphones in India under its sub-brand Redmi. The company will be hosting an online launch event on May 26 that is going to be live-streamed across all its social media accounts via its official YouTube Channel to unveil Redmi TWS earphones. However, Mr Jain did not reveal that name of the product but it is speculated to be Redmi AirDots S earphones that were recently launched in China.

📢 Mi Fans, gear up for a new category launch from #Redmi brand in India!🇮🇳 #NoStringsAttached

Xiaomi has also created a separate page to tease the arrival of its upcoming device in the Indian market. According to the page, the company is going to bring a wireless audio product that claims to deliver a longer battery life, is sweat and water-resistant along with low latency. The TWS said to come integrated with voice assistants that can be activated easily with just a click. With this one can easily set alarms as well as schedule meetings. All these hints point towards the company’s new true wireless earphones called  Redmi AirDots S.

Recently the company via tweet announced its entry into the audio space in India. The company also shared a 22 seconds short video suggesting that it is going to be a music-focused product.  All these teasers indicate that Redmi AirDots S is the company’s next audio device. Also, a NoStringsAttached hashtag also suggests the company’s next product is the Redmi TWS earphones.

We've got some bass-dropping news coming your way soon! Can you guess what this is all about? 🤩

To recall Redmi AirDots S TWS earphones were introduced in China in April. There it has been launched with a price tag of  CNY 100 that translates to Rs 1,100 and will be available in a single black colour variant. It is expected to arrive in India with similar competitive pricing in India to take on other audio products available in the market at affordable pricing. These earphones are powered by 7.2mm drivers and come with reduced latency mode for the better gaming experience. The device claims to deliver up to  12 hours of battery life. The audio device is IPX4 water resistance and weighs just 4.1g each.

Komila Singhhttp://www.gadgetbridge.com
Komila is one of the most spirited tech writers at Gadget Bridge. Always up for a new challenge, she is an expert at dissecting technology and getting to its core. She loves to tinker with new mobile phones, tablets and headphones.
Facebook
Twitter
WhatsApp
Linkedin
ReddIt
Email
Previous article
Twitter brings new functionality to allow users to limit replies on their tweets
Next article
LG Q61 with military-grade durability and quad rear cameras launched: Specifications and pricing details