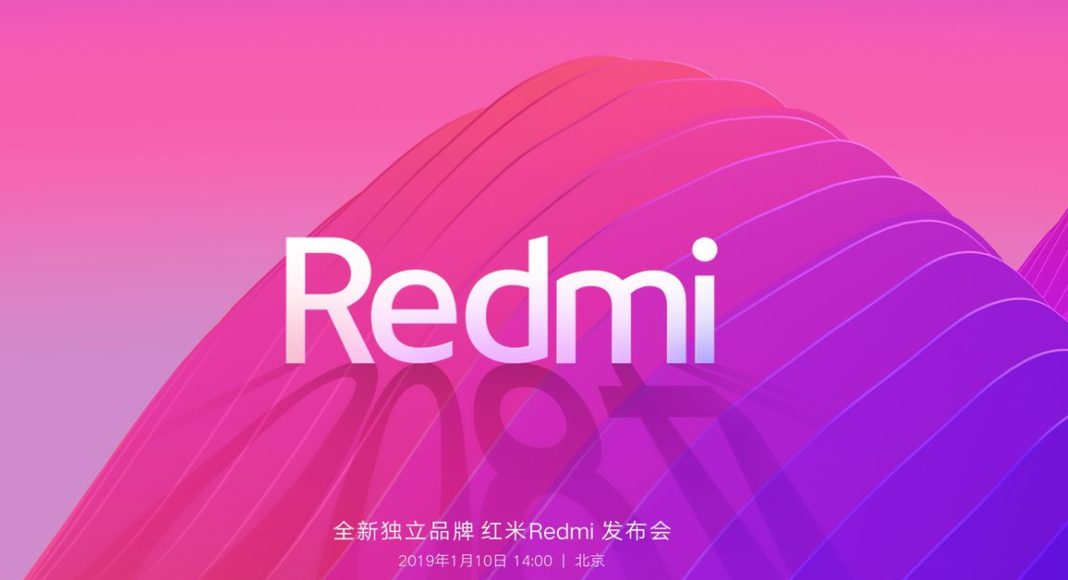 Reports and rumours about new smartphones from Xiaomi have been surfacing online for quite some time and now, it seems like they actually have some credibility. The Chinese smartphone brand has confirmed that it is set to release Redmi 7 series on January 10. It has also been confirmed that the smartphone will come with a 48MP camera.

The company today shared a teaser about the upcoming Redmi 7 series on its official website as well as on Redmi’s account on Weibo. Xiaomi’s teaser says ‘new independent brand’, which can point towards the company following Huawei and Oppo’s footsteps and creating its own sub-brand. For those unaware, Huawei’s sub-brand is Honor and Realme is Oppo’s sub-brand. So may be, we will get to see Xiaomi’s own sub-brand which will have its own set of dedicated smartphones and share most of the R&D facilities and manufacturing plants as the company.

The shadow of ‘Redmi’ sign in the poster shared by Xiaomi says 4800. This is a very clear hint towards the smartphone sporting a 48MP camera. The event will be taking place in Beijing and will begin at 2:00 pm local time. Although the company will certainly launch at least one device from its Redmi 7 series, there is a possibility of other iterations like Redmi 7 Pro, Redmi Note 7 Pro, Redmi 7A to be launched too.

It is being said that if the Android smartphone will come with a 48MP camera, the company may also be considering to launch Xiaomi Redmi Pro 2 – a new model of the dual camera Redmi Pro smartphone that was launched back in 2016. To recall, it was one among the first smartphones to come with a real-time bokeh mode coupled with a primary camera.

Since there is a possibility of Xiaomi launching its own sub-brand, we should point out that last year the company also unveiled its Pocofone series, which is known as ‘POCO’ in India.

Xiaomi launched its POCO F1 mobile in India in the first half of 2018 and the smartphone was appreciated for packing powerful specifications like Snapdragon 845 at an affordable price.