Xiaomi to roll out its Redmi K30S smartphone on October 27

This handset is expected to be introduced in China at 11:30 am IST. 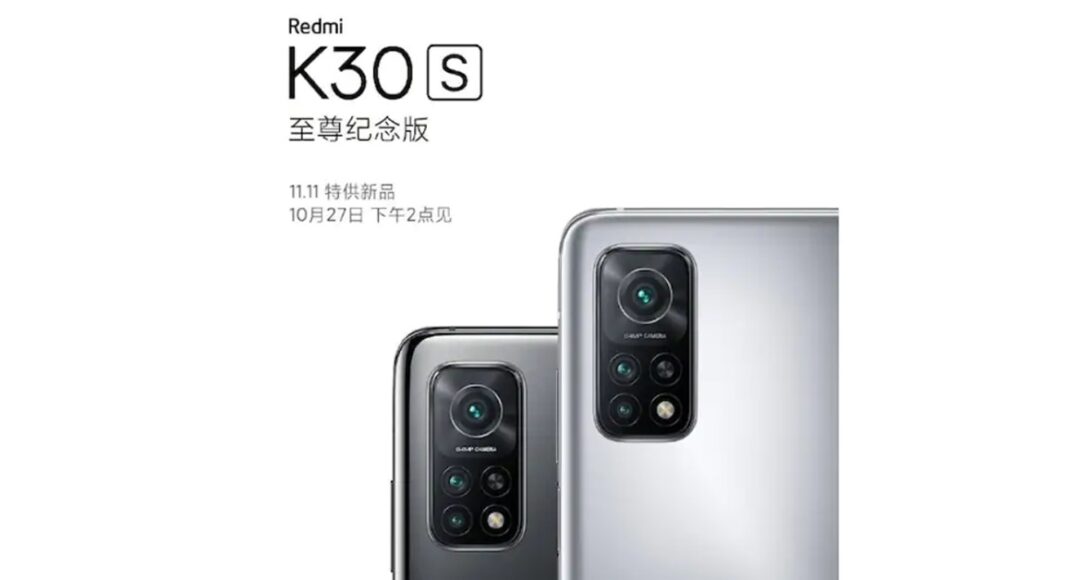 After launching Redmi K30 5G Racing Edition smartphone in May this year, it is officially confirmed that Xiaomi is now set to lift curtains off its Redmi K30S handset on October 27. In a teaser poster on China’s microblogging site Weibo, Redmi General Manager Lu Weibing revealed that Redmi K30S Extreme Commemorative Edition will be introduced in China at 2pm CST (which translates to 11:30 am as per IST) tomorrow.

According to the teaser poster on Weibo, Lu Weibing has revealed that the handset will be introduced in black and silver colours. On the camera front, this much-anticipated handset is likely to carry a rectangular-shaped module with rear camera fitted in it. Mind you! This rear camera will be further carrying three sensors. In addition, the camera module carries a light sensor as well as a flash. It was also stated that the main camera will comprise of a 64MP sensor.

Moreover, many have regarded the Redmi K30S as a refurbished version of Mi 10T. The primary reason behind this is the TENNA listing that hints that the key specifications of the Redmi K30S are similar to the Mi 10T. Running octa-core Qualcomm Snapdragon 865 SoC, this handset is expected to carry 12GB RAM as well as an internal storage capacity of 512GB. Talking about the battery, it is likely to be powered by a 4,900mAh battery.

The K30 5G Racing Edition carries a 6.67-inch full-HD+ hole-punch display along with a 20:9 aspect ratio and 1,080×2,400 pixels of resolution. Running on Android 10 based MIUI 11, this handset is powered by the latest Qualcomm Snapdragon 768G chipset and will be offered in a single 6GB RAM and 128GB storage option.

On the camera front, Xiaomi’s Redmi K30 5G Racing Edition is fitted with a quad rear camera setup consisting of Sony IMX686 64MP camera sensor with f/1.89 aperture, a 5MP macro lens, a 2MP depth sensor and an 8MP wide-angle lens with 120 degrees field of view. And for selfie lovers, this handset comes with a 20MP front camera along with 2MP selfie camera sensor.