A new design and a number of features are being rolled out by YouTube that gives a more contemporary and immersive viewing experience. 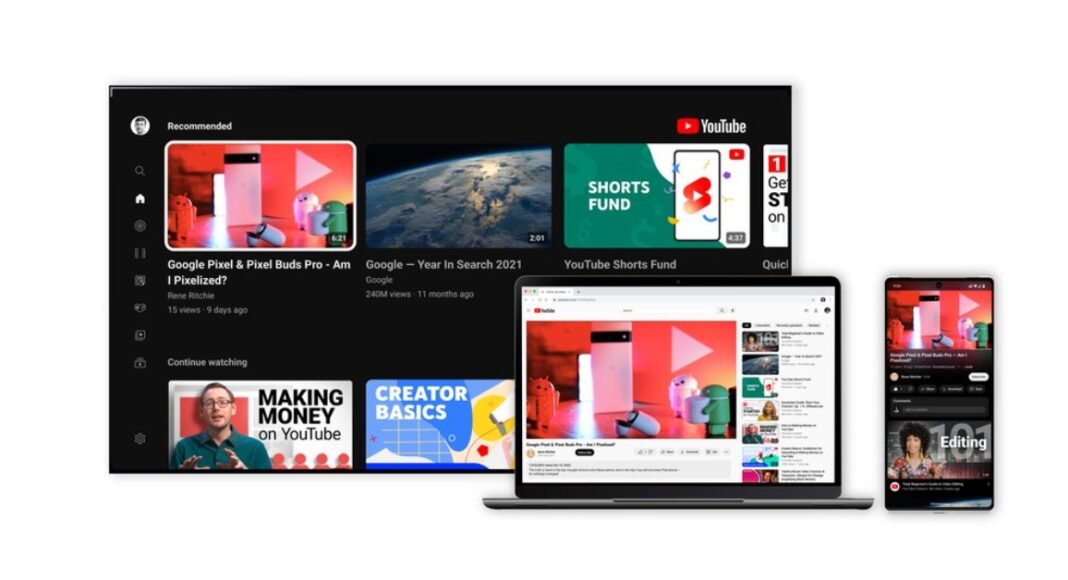 YouTube has introduced a new design and also rolled out a number of features that are said to enhance how people watch videos while also providing a more contemporary and immersive viewing experience. Previously it was said to be under testing and is now being rolled out to the public. The dark mode has improved, links in the videos have transformed and have received other capabilities like pinch-to-zoom and more.

The company via blog post made the announcement which said, ” YouTube just celebrated its 17th birthday earlier this year and we wondered if it was time to give it a small makeover. So we gathered input from thousands of viewers around the world and heard there was a desire for a cleaner, more lively design that better represents what we’re all about. Starting today, we are rolling out a new look and several features that offer a more modern and immersive viewing experience while also improving how users watch videos. But don’t worry, the same YouTube you know and love is still at our core.”

Ambient mode uses dynamic colour sampling to add a subtle effect so that the app background colour changes to match the video. In order to lure users into the content and make the video even more prominent on the watch page, YouTube claimed that it was inspired by the light that screens put out in a darker environment. Both the web and mobile versions of this feature will support a dark theme. The dark theme has been updated to be even darker after receiving a lot of feedback, allowing the colours to stand out on your screen. It will launch on the web, mobile devices, and smart TVs. Additionally, Video playlists will use the same colour scheme and now provide additional information about each playlist so that viewers can easily get started.

The watch page on YouTube is now simpler to read, Links to YouTube will now appear as buttons in video descriptions, and frequent actions like “like,” “share,” and “download” have been formatted to reduce clutter. The subscribe button is also receiving a makeover, while it’s no longer red, it’s easier to spot and far more accessible to everyone on both watch sites and channel pages thanks to its new shape and high contrast.

Pinch to zoom and precise seeking have also been made available to all users of YouTube as of right now, following the introduction and testing of many new product features on youtube.com/new earlier this year. You may now effortlessly zoom in and out of a video while using your iOS or Android phone thanks to pinch to zoom. The video stays to be zoomed in after you let go, allowing you to view the rest of it in more detail.

With Precise Seeking, you can make precise adjustments to jump to the precise section in each video whether you’re on a desktop or mobile device by simply dragging or swiping up while seeking to display a row of thumbnails in the video player. Long pressing anywhere on the video on YouTube gives you the option to search, and double tapping with two fingers lets you skip chapters. Additionally, a graph that displays commonly watched sections of videos has been included.

Komila Singhhttp://www.gadgetbridge.com
Komila is one of the most spirited tech writers at Gadget Bridge. Always up for a new challenge, she is an expert at dissecting technology and getting to its core. She loves to tinker with new mobile phones, tablets and headphones.
Facebook
Twitter
WhatsApp
Linkedin
ReddIt
Email
Previous article
Top easy ways to earn Reddit Karma: Full Guide
Next article
WhatsApp was down today, the app’s longest outage has been resolved now