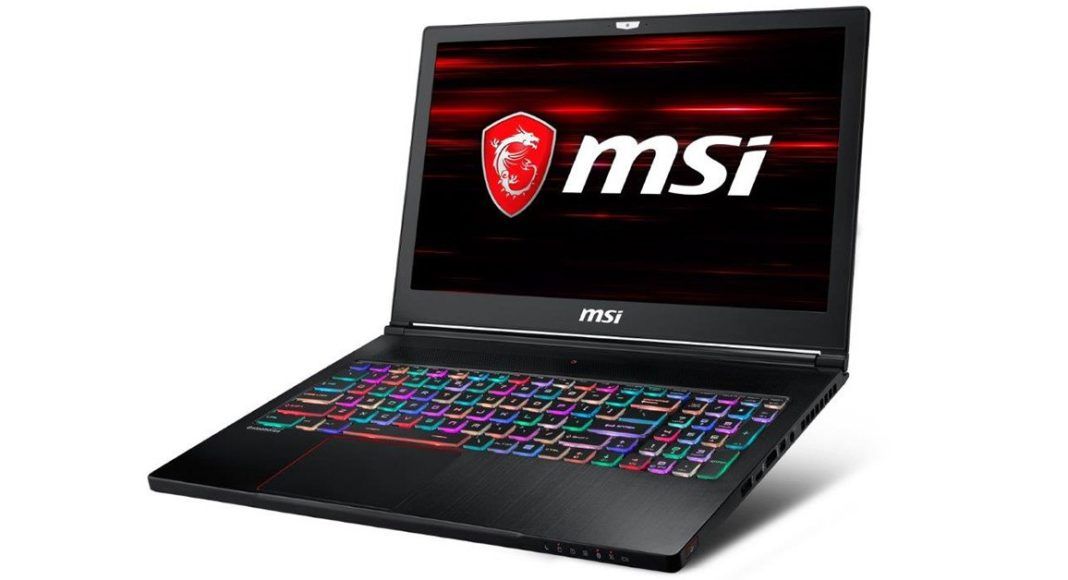 MSI might have been a name that was synonymous with gaming motherboards and graphic cards in the wee years of its existence. But, now it has become a well-known brand in the gaming laptop segment too. MSI has refreshed its gaming laptops line-up and has introduced them with new 8th generation of Intel Core CPU’s.

First up is the MSI GS65 Stealth thin gaming laptop. It is the first gaming laptop to feature a 144Hz 7ms IPS display with 4.9mm thin form factor. While the bezels are extremely thin, the company has not compromised on the placement of the webcam. MSI left just enough room in the top bezel for the webcam, as opposed to being awkwardly placed at the bottom of the screen.

To power the 144Hz screen, the MSI GS65 Stealth thin gaming laptop is equipped a NVIDIA GTX 1070 graphic card. It also features the latest 8th generation Intel Core i7 processor, which provides up to a 40 percent more performance over the previous generation. The GS65 Stealth Thin can be pre-ordered from Flipkart, Paytm, and authorized sellers at a starting price of Rs 1,69,990. The second one in the line-up is GE Raider RGB Edition gaming notebook which was announced at CES this year. The GE63/73 Raider RGB Edition is inspired by sports cars and the PC Master Race’s love for RGB. It also supports the latest Intel 8th gen core i7 CPI and NVIDIA GeForce GTX 1070 graphics unit. The configuration is cooled by MSI Cooler Boost 5, a cooling system with dual fans and seven copper heats pipes. This gaming laptop will be available on pre-order at Flipkart, Paytm and all authorized sellers with a starting price of Rs 1,64,990. Last in the new basket is MSI GT75 Titan with new 8th generation Intel core i9 Hexacore overclocked CPU. Together with NVIDIA graphics and mechanical keyboards, the new GT series pushes performance beyond its limits. Combined with MSI’s Cooler Boost Titan, the six-core 12-thread formation results in up to a seventy percent performance kick. The starting price of MSI GTI75 is Rs 2,99,990.