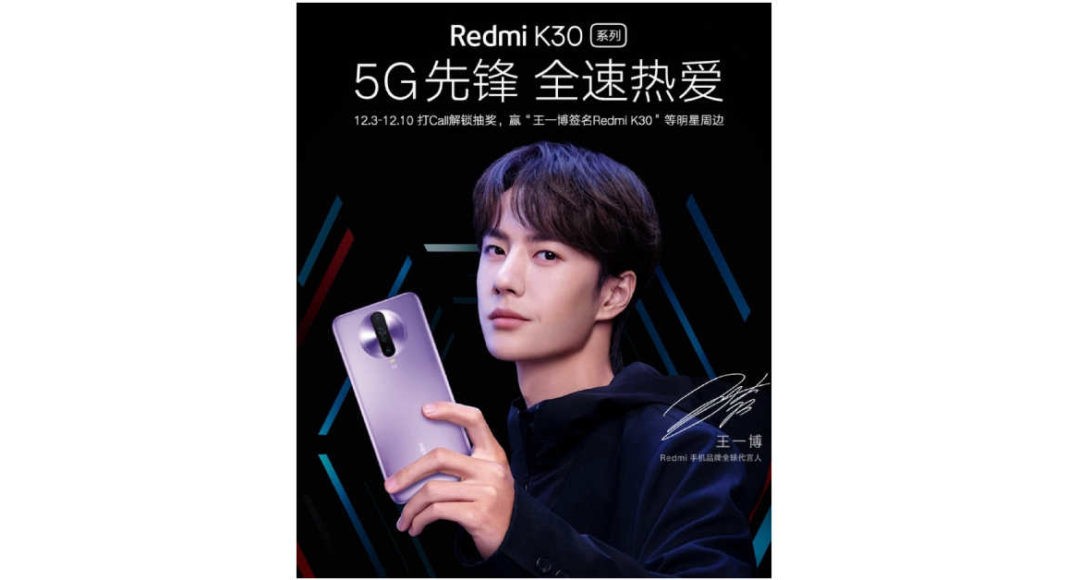 Xiaomi’s Redmi K30 has been in the news for quite a while now. We know that the smartphone is another affordable phone promising 5G connectivity. The device has been in the news because of its dual punch-hole front camera in the display and now Redmi is teasing customers with a picture of the rear panel. Xiaomi’s sub-branch has shown a Redmi K30 with a coin slot style camera panel at the back. On a closer look, we see four vertically aligned cameras housed inside a circle.

If the Redmi K30 is anything like the Redmi K20 series, we speculate that the quad-camera setup will be of normal, telephoto and ultra-wide cameras with a macro or depth-sensing camera. We believe that there will be a minimum of two phones in this series, so it’s completely possible that this kind of quad-camera setup is only for one model and the other device(s) will have a different setup.

The brand recently posted pictures of the front panel of a Redmi K30 phone. A different post talks about the K30 series’s 5G details as well. The Redmi K30 is all set to launch later in December 2019, however word of its launch outside China is still a question mark. It might come as a POCO device in India.

The probable specification of the Redmi K30 cameras is that they will be 64MP, 8MP, 5MP and 2MP. It is also possible that the Redmi K30 will have a new better screen refresh rate.

As per the company, the Redmi K30 will be unveiled in China on December 10. After which it will go to other parts of the world.

Achuuth Karthickhttp://www.gadgetbridge.com
The youngest member of Team Gadget Bridge, he is knowledgable Intern and loves his laptop and mobile phone. He cannot stay without them. He loves to talk about new consumer gadgets and has a bright mind.
Facebook
Twitter
WhatsApp
Linkedin
ReddIt
Email
Previous article
Huawei GT 2 smartwatch gears up, to be made available in India on Dec 5
Next article
The Black Widow is coming – Trailer out now.