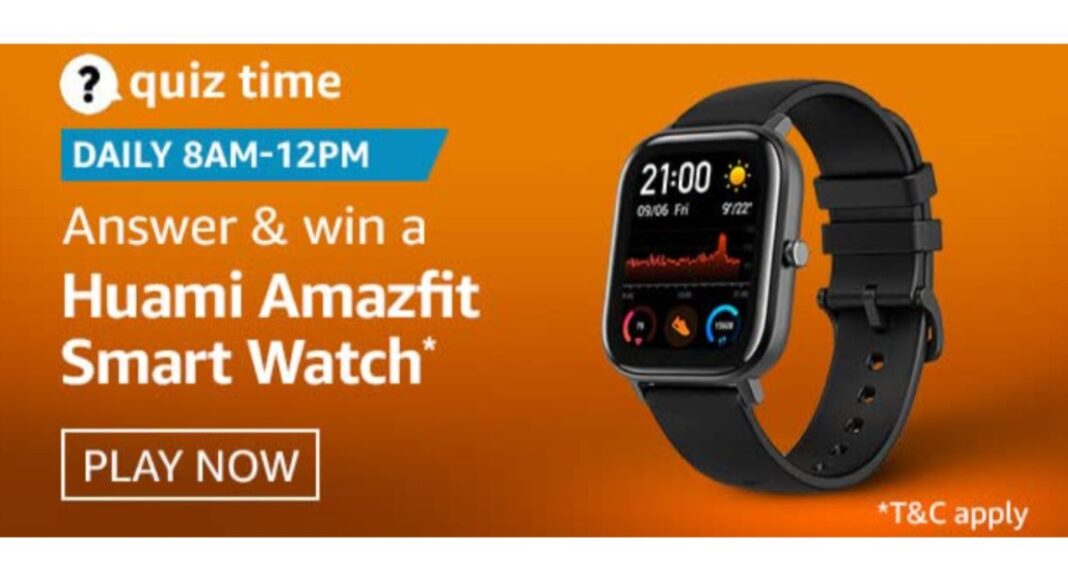 December 19 Amazon Quiz has gone live on its mobile platform. In the Quiz the participants have to answer 5 questions that are based on general knowledge and current affairs. After they have cleared the daily quiz their name will be shortlisted for a lucky draw to select a winner. The company announced the results of the lucky draw at the end of the month and today Quiz winner’s name will be announced at the end of the month.

The Amazon Quiz is hosted by the app users only, it is not available for desktop users. So, before you participate to make sure you have downloaded the Amazon App. The lucky users might win something by answering all the questions correctly. Check out today’s answers for the Amazon quiz to win Huami Amazfit Smartwatch.

Question 1: Carlos Acutis, who died of leukemia in 2006 aged 15 and has been dubbed by some as the patron saint of the internet, is from which country?

The answer is- Italy

The answer is- Vaccine

The answer is- Lionel Messi

Question 4: 23 Yards’ is a new brand of personal care products launched by which former Indian cricketer?

The answer is- Ravi Shastri

Question 5: The BBC short story award for 2020, won by Sarah Hall who became the first to ever win the award twice, is supported by which University?

The answer is- Cambridge University

Komila Singhhttp://www.gadgetbridge.com
Komila is one of the most spirited tech writers at Gadget Bridge. Always up for a new challenge, she is an expert at dissecting technology and getting to its core. She loves to tinker with new mobile phones, tablets and headphones.
Facebook
Twitter
WhatsApp
Linkedin
ReddIt
Email
Previous articleDecember 19 Flipkart Daily Trivia Quiz Answers: Answer to win exciting prizes
Next articleGoogle to roll out Indian language support Search, Maps and more apps in India