The smartphone is powered by Qualcomm’s Snapdragon 765G 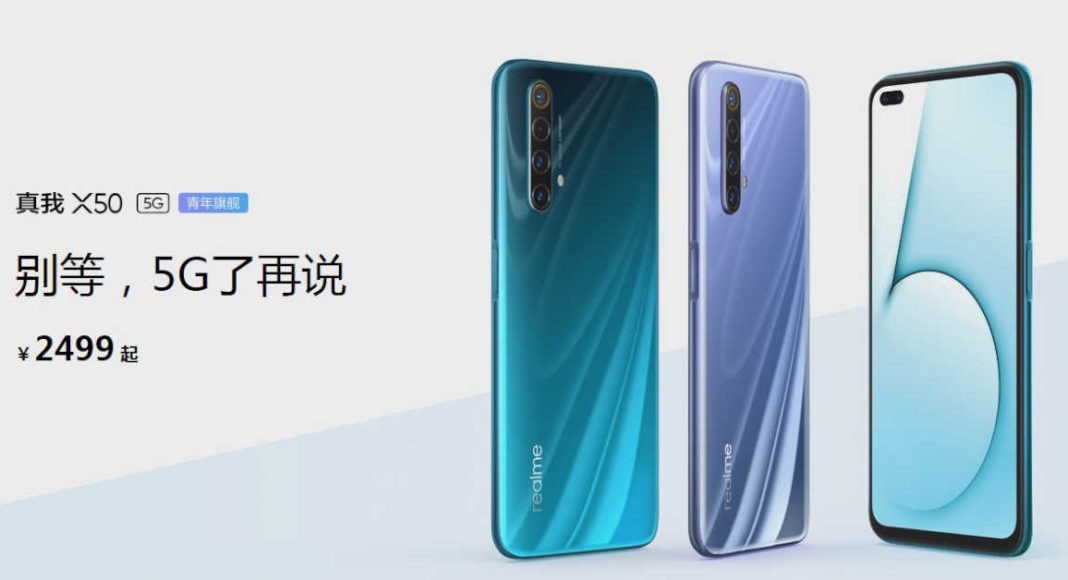 Qualcomm flagged off the 5G era in smartphones recently. The leading manufacturer of chipsets made flagship and mid-range chips, now compatible with 5G standards and we will see them rolling out throughout 2020. Realme using this technology, introduced their all-new 5G supporting device, the Realme X50 5G in China.

Realme announced their premiere premium 5G supporting smartphone in China, the X50 5G. the device has a 6.5-inch LCD display with a dual-camera setup on the front housing a 16-Megapixel selfie camera and an 8-Megapixel ultra-wide camera in punch hole form. The device is powered by Qualcomm’s Snapdragon 765G offering RAM of 6GB, 8GB and 12GB with 128GB and 256GB internal storage options.

Realme India recently announced that the company will launch the Realme 5i in India. The device will be launched on January 9, 2020. The device is expected to come powered by Qualcomm Snapdragon 665 chip with 3GB RAM and 32GB internal storage with a variant having 4GB RAM and 64GB internal storage. It will be a budget smartphone with an LCD display of 6.5-inch supporting HD+ resolution.

The rear houses a 4 camera setup with cameras of 12MP, 8MP and two 2MP lenses. The battery is expected to be a 5,000 mAh battery with support for fast charging. The phone comes with Android Pie 9 OS with ColorOS 6. It will be available in colour variants of Green and Blue at the back in gradients. The device will offer connectivity through Wi-Fi, GPS, Bluetooth and USB Type-C. The price of the device is not confirmed yet.

Achuuth Karthickhttp://www.gadgetbridge.com
The youngest member of Team Gadget Bridge, he is knowledgable Intern and loves his laptop and mobile phone. He cannot stay without them. He loves to talk about new consumer gadgets and has a bright mind.
Facebook
Twitter
WhatsApp
Linkedin
ReddIt
Email
Previous article
CES 2020: A lot of new chipsets launched by key players like Intel and AMD
Next article
CES 2020: Google Assistant gets the ability to read out articles in 42 languages