Airtel is the worst broadband provider throughout India during lockdown

Airtel once was the best, but now millennials and Gen Z are no more in awe of its bad internet service and third-grade customer support 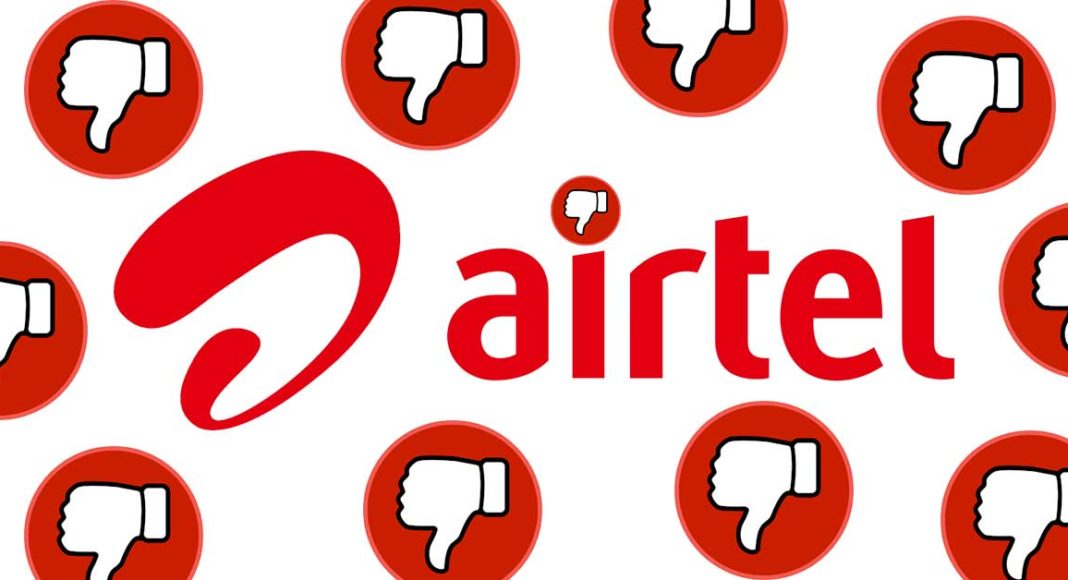 We still remember Airtel being on top of the pyramid when it came to broadband internet in India. Yes, it was expensive from day one, but what made them stand out was exceptional 2 to 4 hour turnaround time if the broadband connection goes down. However, now when the playfield is levelled due to the lockdown, Airtel has fallen off its pedestal and hard. Well, this was bound to happen as Airtel service, broadband speed and data limit has been the worst amongst the current players. We have been closely watching how the broadband industry is turning out in the last two years and frankly, there are providers which are much much better than Airtel.

But, let’s first talk about the current scenario. Airtel is the only broadband player in the country who is not giving extra speed or extra data to its customers. While Act Fibrenet and Excitel were one of the first to give 300Mbps speeds with unlimited data in March and it has continued to April, Airtel is not even giving the speed its customers were promised at the time of buying the connection. As per 150 respondents in metros and cities of India such as Delhi, Chennai, Hyderabad, Chandigarh, Kolkata, Mumbai, Bangalore and Lucknow, 90% are waiting for the lockdown to lift and they will switch over from Airtel to some other broadband that cares for work from home customers.

Over that, 84% of the respondents said who play games in some format (Mobile, PC or Console) the pings on broadband connections other than Airtel are more stable. A good ping is essential when playing online games, moreover, it should not spike, which is the case with Airtel broadband. 63% of the people we asked said because they do not get optimum speed on Airtel broadband their gaming experience goes for a toss and customer care of Airtel does not understand that. Some of the people switch to Hotspot on their mobile connection from Reliance JIO to play a stable game, which speaks a lot.

Coming to the service, Airtel is taking more than 2 days during lockdown to get the connection back up to its customers and in some cases more than 5 days. Puneet, a resident of New Friends Colony said that he had to wait for 3 days for the internet to come back again from Airtel and it was an external fault so their service executive could have easily fixed it, but still took a very long time. Compared to Act, Excitel and even Hathaway this is much higher. These companies are normally fixing spoiled connection with 24-48 hours during the lockdown.

Coming to work from home scenarios, we spoke to Airtel customer care on Twitter as well on the phone and they kept lying to us at various levels. A 40Mbps connection is supposed to get that much speed, however, it is only Airtel who is duping customers and giving them much lower speeds. In our case just 24Mbps and when raised every time they say (since the last 750 days) that they will increase, but after 1-2 days of raising the concern the customer care executive comes back to us and says we will not give you more than 24Mbps even if we promise 40Mbps. During lockdown also they are not giving the promised speed.

But the story does not end here. We spoke to Raghav Chopra a BPO executive staying in Hauz Khas, New Delhi, he said he also was promised 40Mbps speed (at a premium of 25-30% when compared to ACT) but he is getting max 24Mbps before lockdown. However, after the lockdown, his speed has been reduced to 16Mbps. While others are increasing speeds, Airtel has reduced and Raghav is not the only one facing slow speeds. There are many of the respondents we asked facing the same problem. When they contact the Airtel customer care, they face very long wait time and are greeted with just one sentence, we will try to fix and get back to you, you are important to us (when clearly the customer is not important to them anymore). If this what the biggest telecom company of India is doing, the end for them is very near.

Many in the list also had a concern at low speeds from Airtel they cannot do office work properly during the lockdown, stream content or even play low ping games. We asked an ISP honcho, on the basis of anonymity he told us, Airtel does not have the power to increase speed, their network will fall down and that is why they lie/give odd answers. Their broadband Tariff plans are the most expensive amongst all players and are sham/eye-wash, which the current generation is waking up to. If one gets a chance to switch from Airtel they should at once. As Airtel broadband like its mobile network has become the worst in the country.

They are now at the bottom of the pyramid and need to do some serious thinking as while many are giving unlimited data during the lockdown, Airtel is not even ready to give more than an additional 10GB, which when working from home or streaming movies will exhaust very quickly. So, what happens when you run out of data? Airtel customer care will offer you a solution. What is that solution? Make Airtel richer by buying extra bytes, which is so expensive that it will burn a hole in your pocket. And if you are working from home, you would need to shell it out as you have to work. So, Airtel is taking these tough times as an opportunity and using it make itself richer.