Wondering which among Asus 6Z and OnePlus 7 to buy? 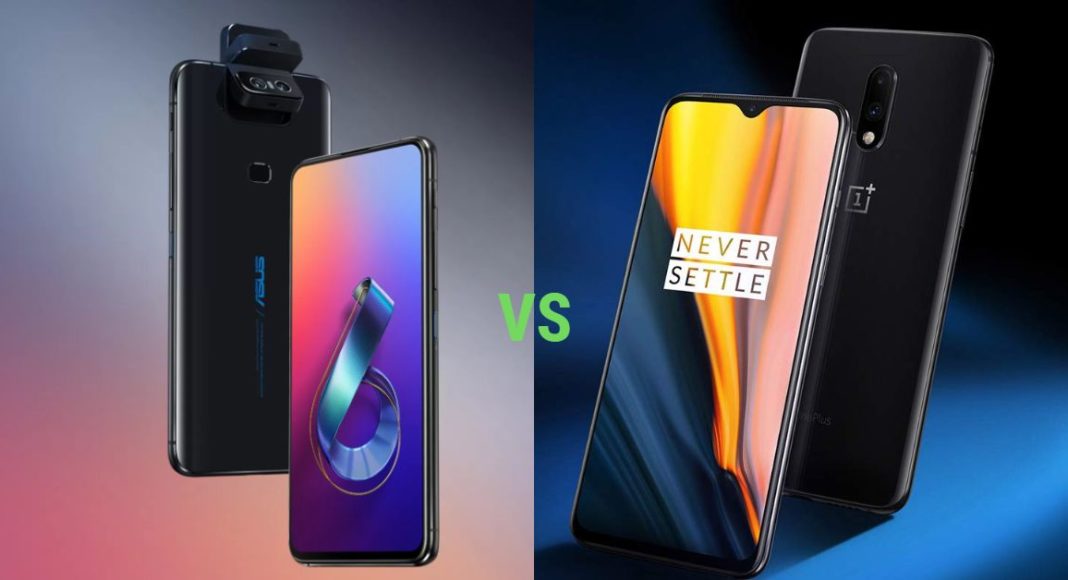 Taiwanese technology company Asus has today launched its 6Z smartphone in India. The key highlight of the Asus 6Z smartphone is its rotating camera module that enables the user to click photos using the primary cameras of the handset. Since the device has a 48MP primary camera, this makes it all the more better because who wouldn’t like to click selfies using a sensor with that kind of resolution. Other than this, the handset is powered by the most powerful processor in the world – Qualcomm Snapdragon 855 SoC – and that means that the performance of the smartphone is extremely smooth. With such powerful specifications and a starting price that is less than Rs 35,000, the device gives a direct competition to OnePlus 7. It also inevitable competes with Samsung Galaxy A80, that also comes with a rotatable camera setup, however, that has not been launched in India so we don’t know about its pricing yet. Here, we compare the recently launched Asus 6Z and OnePlus 7 smartphones. Read our comparison between the two to decide which among the two is a better buy for you.

OnePlus 7: Dual rear camera setup with a 48MP primary sensor that has an f/1.6 aperture and a 5MP lens with an f/2.4 aperture.

Conclusion: While the two smartphones are almost the same in terms of specifications and pricing, Asus 6Z handset actually surpasses OnePlus 7 in a few aspects. These include its selfie cameras and the battery life of the handset.

However, on the other hand, OnePlus has a clear UI than Asus and its screen is Optic AMOLED, which will prove to be better than the latter’s Full HD+ display. The price of the two smartphones is also almost the same. We have told you which one is better in which aspects, so it’s really about what you prefer to have in a device when it comes to these two.