Which one among the two should you buy? 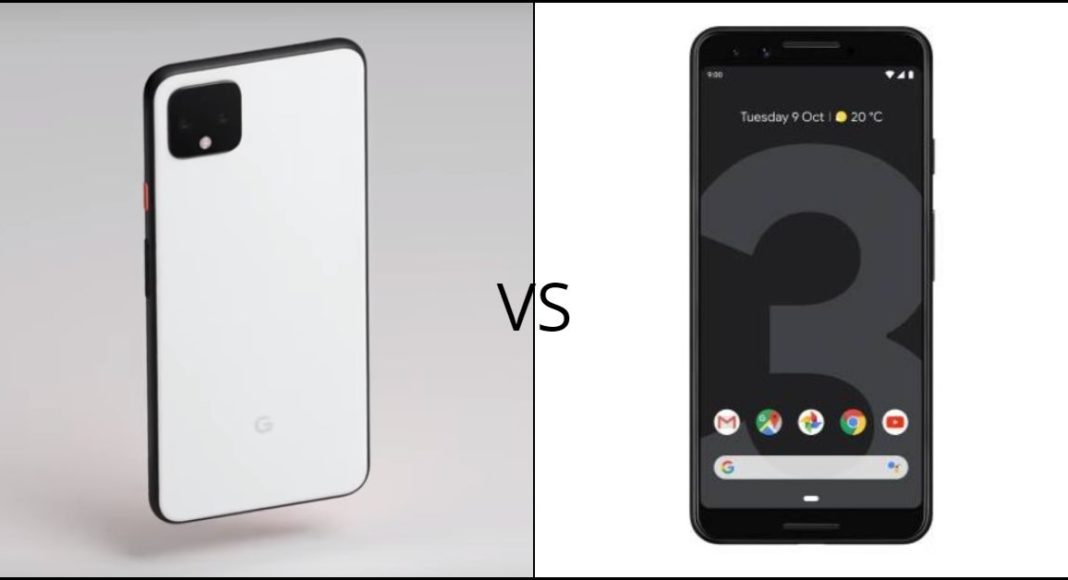 Technology giant Google has today launched its upgrade lineup of Pixel 4 and Pixel 4 XL smartphones. The company has added a number of software upgrades to its new smartphones. To begin with, they are the first ever Made by Google smartphones to come with dual rear cameras and that too in a square camera bump. Other than this, they come with the latest Google Assistant and have some upgraded features in their cameras aimed at photography enthusiasts. If you have been planning to but a Pixel smartphone, it is very natural for you to compare the latest Pixel 4 smartphone to the Pixel 3 that was launched by the company last year. Here, we have compared the latest Pixel 4 smartphone with last year’s Pixel 3 so that you can read the specifications of both and decide which among the two handsets is better for you. Take a look:

In terms of display, Google Pixel 4 will offer you marginally higher real estate. However, that is not what really sets the two apart since the difference is very negligible. The real difference between the two devices is that Pixel 4 automatically adjusts the refresh rate of its display from 90Hz to 60Hz in order to optimize the battery.

The Qualcomm Snapdragon 855 SoC that has been used in the Pixel 4 is among the latest and the most powerful chipsets that are available right now. However, we should also mention that Google Pixel 3’s Snapdragon 845 SoC also promises a very smooth performance.

Google Pixel 4: 6GB of RAM and 64GB of internal storage.

Google Pixel 3: Android 9.0 Pie out of the box. Was later upgraded to Android 10.

The Pixel 4 is the first ever Made by Google smartphone to come with a dual rear camera setup. This is one among the key differences between the two handsets. Besides this, Google has also added a number of software upgrades to its camera app.

Google Pixel 3: An 8MP wide-angle lens with f/2.2 aperture along with 8MP lens.

Surprisingly, the battery of the latest Pixel smartphone is smaller than that of the cell that was used in its predecessor. If battery is one of the aspects that concern you, you may want to choose the latter.

Avani Baggahttp://www.gadgetbridge.com
Avani has an immense love for reading, travelling and food, but not necessarily in the same order. Avani almost started pursuing law, but life had other (better) plans for her and she chose to be a writer instead (luckily!) She previously covered technology at Times Internet and wrote about smartphones, mobile apps and tech startups. When she’s not writing, you’ll be able to find her in book stores or catching up on her social life.
Facebook
Twitter
WhatsApp
Linkedin
ReddIt
Email
Previous article
Google Pixel 4, Pixel 4 XL with dual rear cameras, Snapdragon 855 SoC launched: Price and specifications
Next article
Google Pixel Buds, Pixelbook Go, Nest Mini and more launched: Key details