The Ola Hypercharger network will be a chain of more than 10,000 charging points in around 400 cities in India. 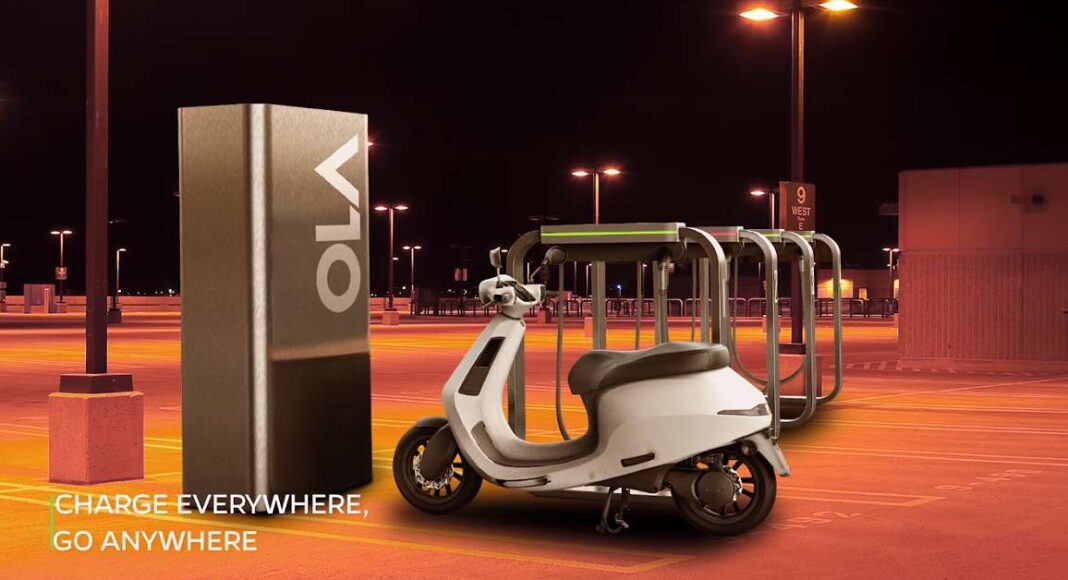 On Earth Day 2021, Ola Electric declared to set up the Ola Hypercharger network that will be the world’s largest electric two-wheeler charging network.

According to Bhavish Aggarwal, chairman and group CEO, Ola, “For us to ensure aggressive and large scale adoption of electric vehicles, a strong charging network is required. One of the key infrastructure gaps in our country has been the charging network”.

What is the Ola Hypercharger network?

The Ola Hypercharger network will be a chain of more than 10,000 charging points in around 400 cities in India. The charging points will be installed at a variety of public places like parking lots, malls, Information Technology parks, colleges, and hospitals. According to Ola, the Hypercharger network will be “the largest and densest electric two-wheeler charging network in the world”.

According to Bhavish Aggarwal, chairman and group CEO, Ola, “By creating the world’s largest and densest 2-wheeler charging network, we will dramatically accelerate the customer adoption of electric vehicles and rapidly move the industry to electric”.

Besides providing numerous nodes for charging, the Ola Hypercharger network shall ensure that the two-wheeler charging time minimum. The company claims that a Hypercharging point shall be able to charge an Ola electric scooter up to 50 per cent within 18 minutes. Thus, with just 18 minutes of charging, the vehicle will traverse around 75 kilometres.

How will the Ola Hypercharger network function?

According to Varun Dubey, head of marketing at Ola Electric and Ola Financial Services, “We have also built navigation features. If you are going from point A to B, our app would automatically know whether you have enough charge”.

The Ola Electric mobile application will tell the owners about their two-wheeler’s charge in real-time. When there is a need to charge their vehicle, the app will find the route to the nearest charging point. The online payment system will help the users evade the hassle of manual payment by cash or card. Ola Electric is also working on a home charger for the Ola electric scooter owners. Using this charger, two-wheeler users can conveniently charge their vehicles at home overnight.

What is the significance of the Ola Hypercharger network?

Today, the world is facing the problem of climate change. To reverse the damage done to the environment, companies all around the world are endeavouring to minimise their emissions. For instance, Google became carbon neutral in 2007 and its target to become 100 per cent carbon-free by 2030. Similarly, Apple Inc is determined to make its entire business carbon neutral by 2030. According to Apple, “Every Apple device sold will have net-zero climate impact”.

According to Bhavish Aggarwal, chairman and group CEO, Ola, “I feel EVs are so disruptive. EV penetration will actually thrive and go up significantly (due to) any kind of demand issue”.

Ola Electic’s Hypercharger network is a giant leap towards sustainable development. As India is progressing towards a green economy, we can expect Indian roads to have a majority of electric vehicles in future. India has one of the largest two-wheelers in the world. The Hypercharger network will be a significant project to cater to the changing needs of a large number of vehicles quickly and conveniently.

According to Bhavish Aggarwal, chairman and group CEO, Ola, “Why is the world ahead of us. We want to put India on the global map. For that, we have to build research and development and the manufacturing capabilities”.