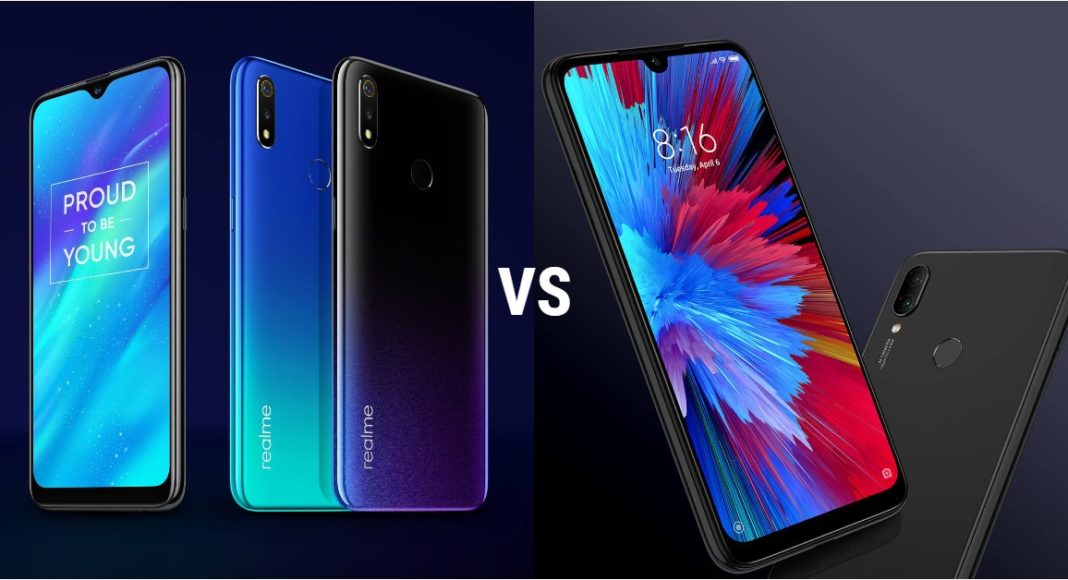 Chinese smartphone maker Realme today launched its Realme 3 smartphone in India today. The device, before the launch, was teased for weeks and Realme made some not-so-subtle jabs at the recently launched Redmi Note 7 smartphone on Realme 3’s dedicated Flipkart page.

And after the launch today, we have to say that Realme 3 does give Redmi Note 7 a tough competition in terms of pricing as well as specifications. So, we decided to compare the two smartphones, so that it can be easier for you to decide which one is a better budget buy for you.

Here, we have compared all the specifications of the Realme 3 smartphone with Redmi Note 7 handset that was launched last week. Take a look at our comparison and let us know which one among the two budget offerings would you rather go for:

Like we earlier said, the two devices pose a very tough competition to each other. Let us know in the comments below which one among the two would you pick for yourself!