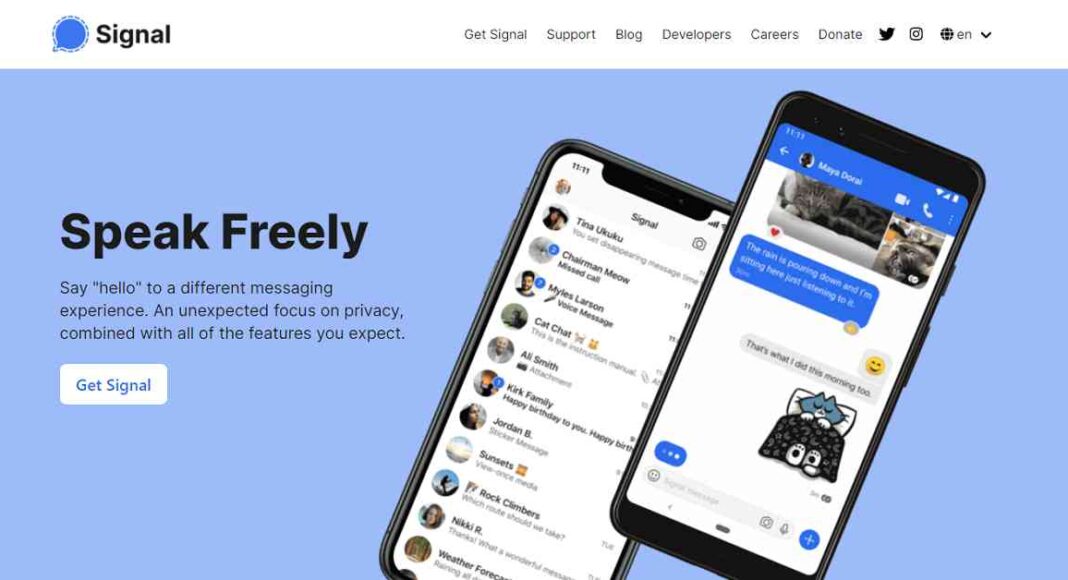 Signal, a cross-platform centralized encrypted messaging service, has gained much popularity since WhatsApp brought changes to its privacy policy. According to the new policy, WhatsApp will share its data with Facebook. This step was perceived by many WhatsApp users to be infringing upon their privacy. As a result, Signal rose to the occasion and attracted many WhatsApp users as it claimed to keep their data protected.

According to a tweet by Signal, “Nobody ever invited Big Tech to join a group chat, but they still hang around and know what’s going on. Signal knows nothing. Private groups protect your group names, group membership, group messages, and even the group avatar with end-to-end encryption”.

Signal claims that the chats among the Signal users are end-to-end encrypted. The company asserts that Signal knows nothing. Unlike the “Big Tech”, the information sent or received by Signal users is not shared by any person or firm. Even the company itself does not intercept the chats. Even the group chats, names, and avatars are end-to-end encrypted. As a result, the groups and their chats remain anonymous except on the users’ devices.

Signal claims its chat groups to be secure

Signal gave the reference of the “Big Tech” to claim that the company has no involvement in the group discussions. According to Signal, the private groups are meant to remain private. Still, the “Big Tech” not only knows what’s happening in a chat group but also shares its data with other platforms. Signal asserts that it has no record of the discussions that have been carried in Signal groups. Neither are they shared with any individual or a firm. Signal revealed that it is working on a new technology that will enhance the scalability of private groups.

How Signal claims to be different from the “Big Tech”?

Signal claims that it follows a different algorithm as compared to other companies. The company makes sure that the data stored in its servers stay in an encrypted format so that the privacy of the user remains intact. When fetched from the server, the data is converted back to its original format on the user’s device. This ensures that no one but parties involved in the chat can access the data in its raw form.

Anurag Sharmahttp://www.gadgetbridge.com
Facebook
Twitter
WhatsApp
Linkedin
ReddIt
Email
Previous article
5 tasks that you might not know that Alexa Smart Home can do for you
Next article
Apple TVs new Colour Balance feature: Working, Requirements and How to Use it?