You may have to jump, slither or run towards your triumph whilst tackling enemies. But the fun and excitement never end. 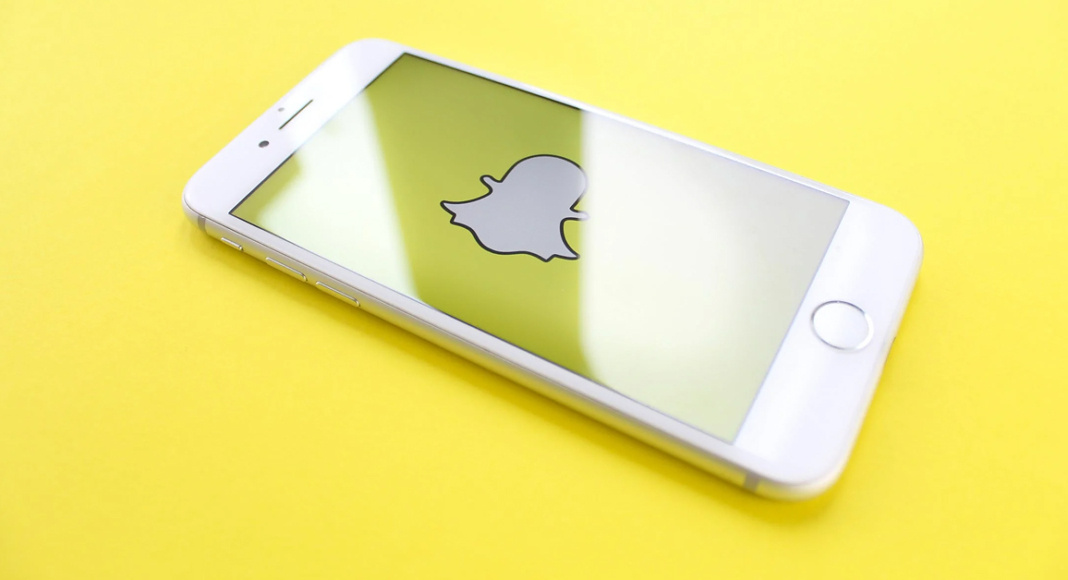 For those who are not aware yet or are new to the platform, Snapchat has more than 50 games in its kitty to keep you entertained. Apart from keeping your friends and close ones updated by sending snaps, stickers or Bitmoji reactions, you can also have fun by playing cool games on the application. You can either go solo or team up with your squad. And whether you like puzzles and trivia or be it strategy or shooting games, you have a wide variety of options to choose from. While some may be simple yet super addictive, others may challenge you hard for scoring a win. Here are the top 10 Snapchat games of 2022 that you can play right now. 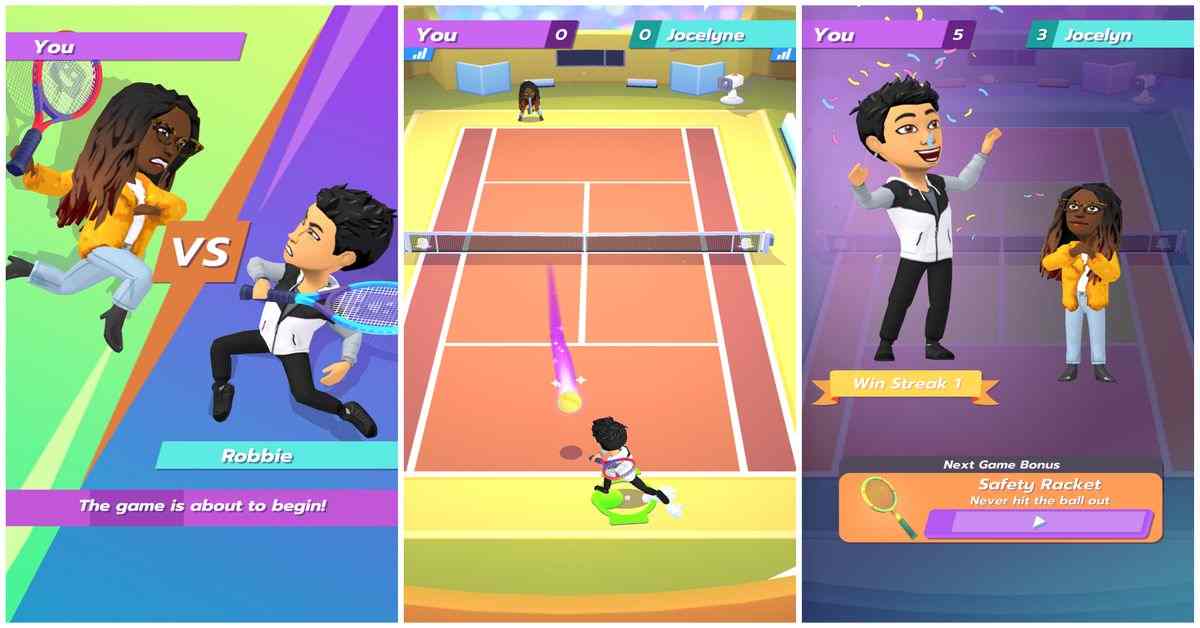 The first one on our list of the top 10 Snapchat games to play in 2022 is Bitmoji Tennis. It is a bit different from the way tennis games are usually played online. Instead of trying to perfectly time your hit to the ball, you just have to get close to the ball and your racket swings automatically. You aim your shots by tilting your phone. To serve the ball, you just have to tap the screen. And then, all that’s left to do is run left or right to make your hit. It can be played in both single-player and multiplayer modes.

Read also: 15 Best Scary Roblox Games You Should Play in 2022

If you are someone who likes to have colours around, then Color Galaxy is for you. It is a highly competitive multiplayer game which allows you to use your Bitmoji and choose a vehicle or an animal as your drive. You can easily spot your Snapchat buddies, travel across planets and conquer unknown lands. You drive around to take over new territories using the on-screen controls and then come circling back to your own territory to expand your region. 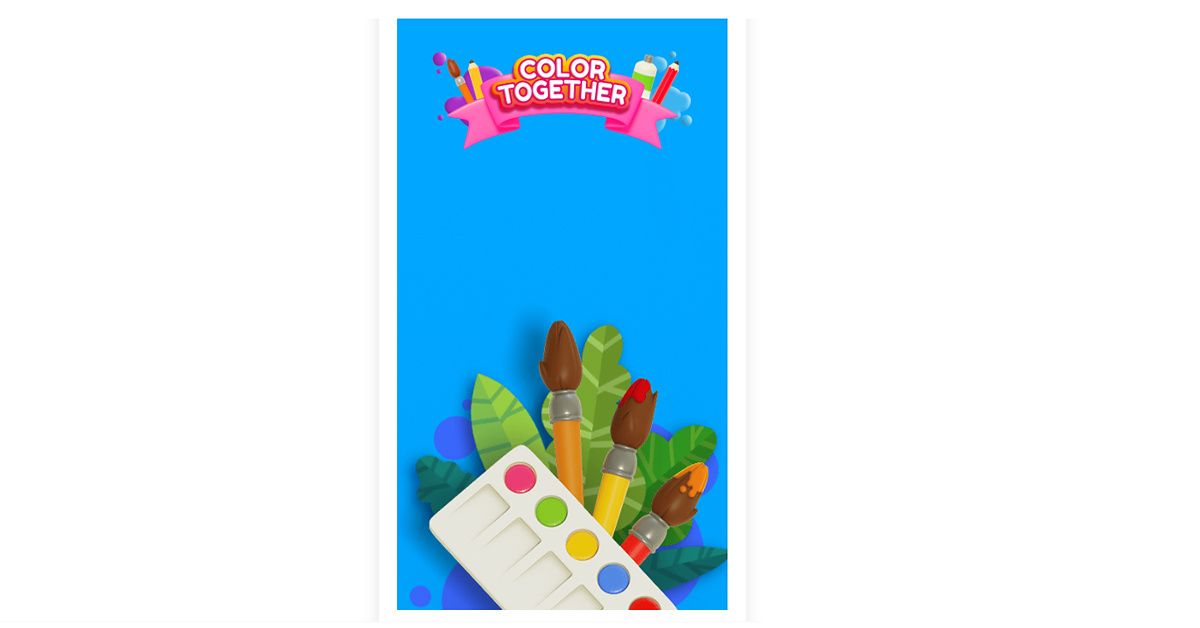 Another recommendation which is full of colours is the Color Together game on Snapchat. This is for you especially if you like colouring, painting or digital art. To give wings to the artist hidden inside you, the game provides you with some colours which you have to fill into different sketches. It is best to refresh your mood after a long tiring day at work. And guess what, it even has soothing melodies playing in the background, giving chill vibes!

Next on our list of the top 10 Snapchat games to play in 2022 is Island Jump. This one requires you to time your actions and movements in the game in order to make it to the other end of the shore. You have to jump on the stepping stones to reach from one island to another. Simultaneously, you have to collect coins during the journey while navigating your way through hungry sharks, ferocious eagles, angry octopuses and whatnots. Try to get as far as possible without getting drowned in the water.

One of the super addicting games on Snapchat that you can play right now is Snake Squad. You take a snake’s avatar in the game and slither around in a room to earn points (appearing as dots) and grow. You also have to make sure you don’t run into other snakes (players) that are larger than you, to survive. Once you get the hang of it, you’ll find it tough to part from the game.

Stack Jump is the latest game that has arrived on Snapchat only recently. It is by far one of the most satisfying games you’ll play on the application. You have to make your Bitmoji avatar jump on each of the blocks that are getting stacked up to form a building structure all the way up. But you have to time your jumps carefully so that the upcoming block gets placed in exact alignment with the one below it. Jumping too early or too late might risk the whole structure getting demolished. 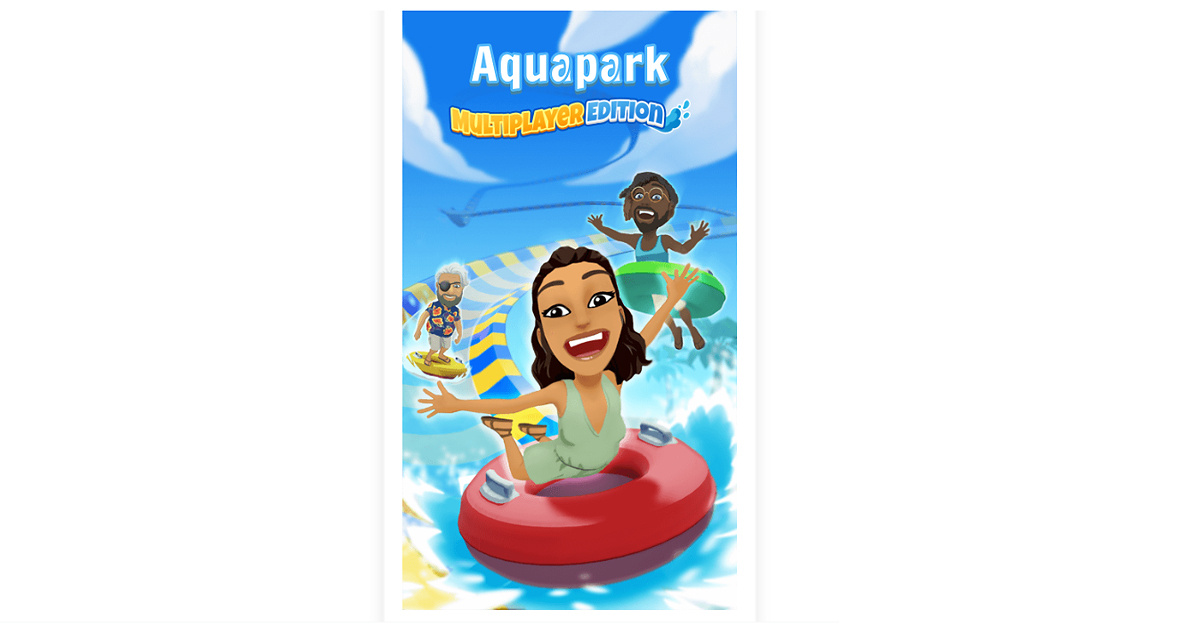 If you love racing games, try playing Aquapark. The twist is that you are in a water park, and it is a water slide race. Aquapark is a multiplayer game that you can play with your peers on Snapchat. You race with your friends to be the first one to reach the end of the water slide. For making it even more thrilling, try sliding off your path and see where it leads you. It’s either a shortcut to your goal or to the exit gates. You can even give others a tough time by bumping into each other. But remember, what goes around comes around.

Read also: How To Make Potion Of Weakness In Minecraft (2022)? 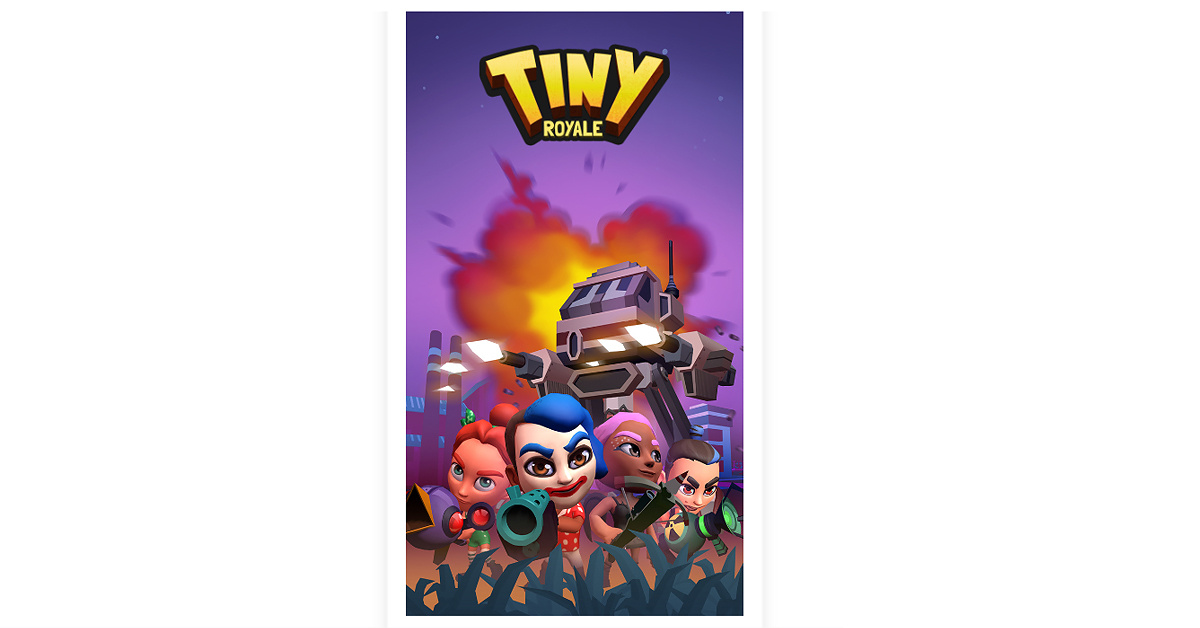 The next best Snapchat game to play in 2022 is Tiny Royale, which gives you a pocket-sized battle royale experience on the Snapchat app. It is a top-down multiplayer shooting game in which you get to choose custom characters and squad up with your buddies for looting and shooting your way till the end. You collect weapons along the way and unlock health packs and supplements while the map shrinks up to a single player or a team that emerges victorious (yes, just like PUBG). 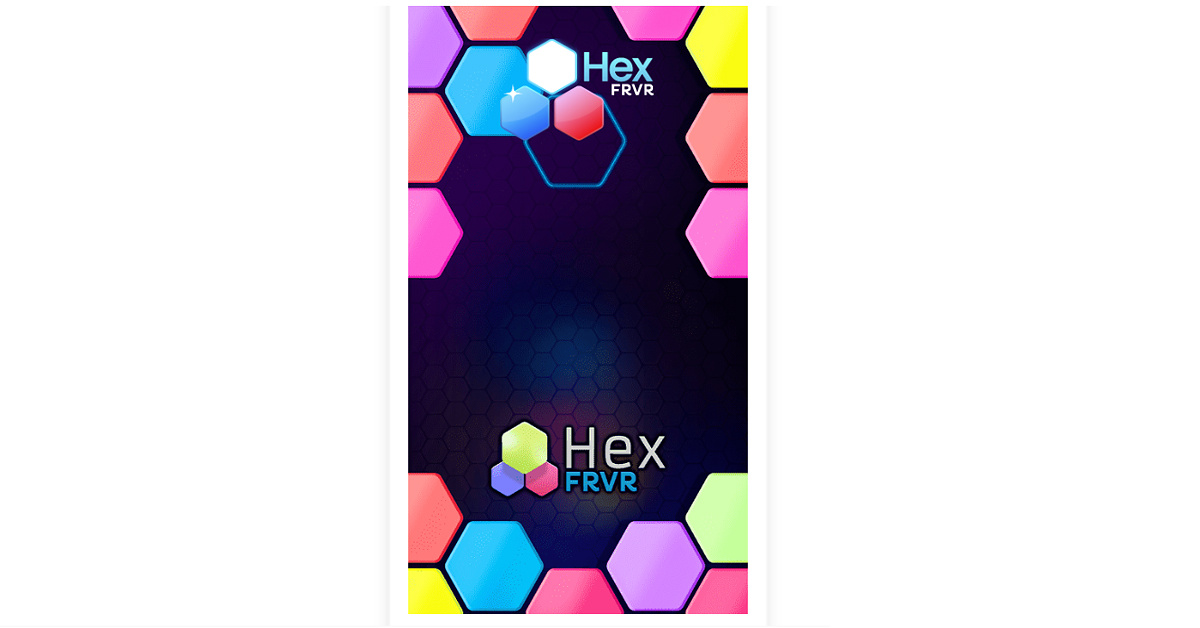 Hex FRVR is a Tetris-like puzzle game based on a hexagonal grid. It is a fun strategy game in which you are provided with three shapes of a single colour. You choose a block out of the three to place it onto the hexagonal grid in order to complete rows of same-coloured hexagons to make them disappear and score points. You get more points for making combos of hexagonal rows. 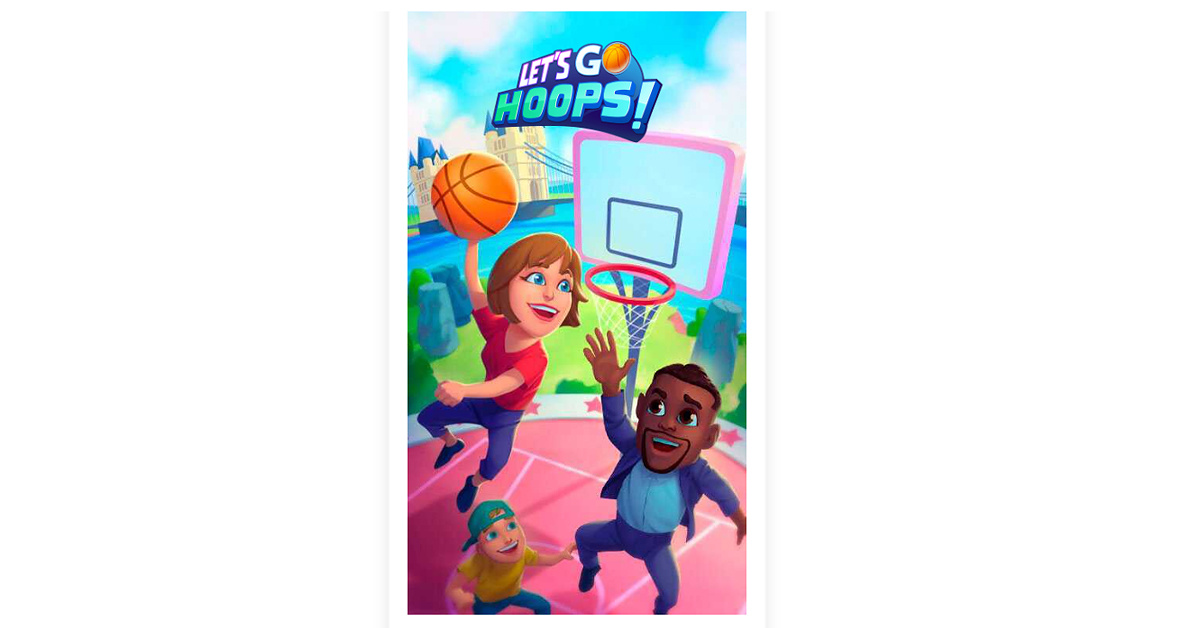 The final one to make it to our list of the top 10 games on Snapchat is this one. It is a multiplayer basketball game in which you compete with your friends or other players to be the first to score 5 goals in a round. You have to aim your shots at the hoop carefully, as there are moving obstacles which you may encounter. The crystals that you earn as rewards let you purchase in-game accessories and even some cool dance moves for your Bitmoji.

So those were our top picks for the 10 best Snapchat games of 2022, that you can play right now on the app. If we missed out on your favourites, do let us know in the comments section below.