HomeOther TechAppsWhat Is An App Drawer In Android Smartphones And 3 Ways To... 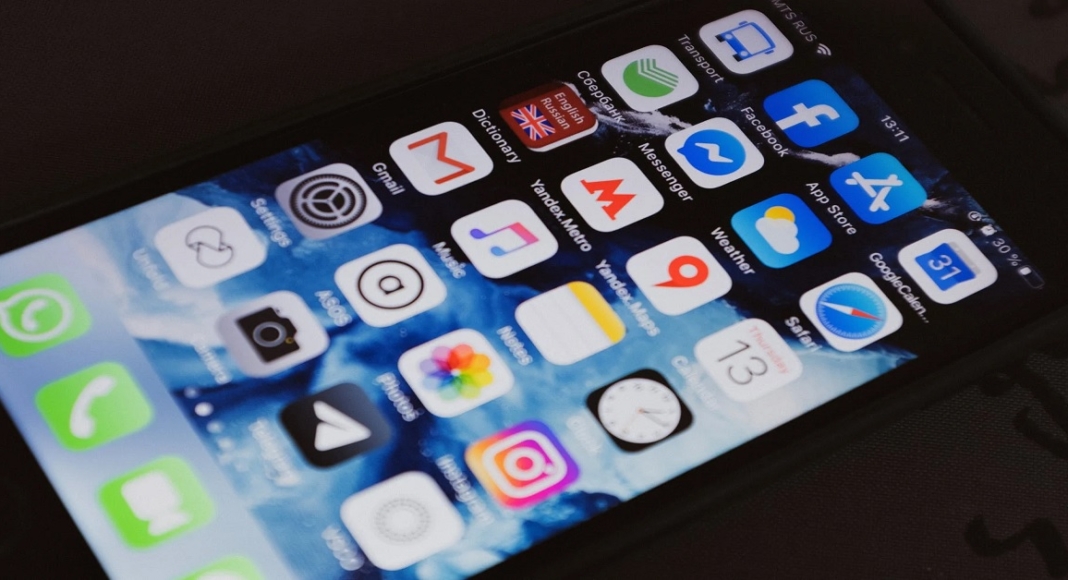 Like the way you keep all your on the go stuff in the drawer which you have the easiest access to at your home, Android smartphones have app drawers for the same purpose. An app drawer is a space in your smartphone that hosts all the downloaded and installed applications. It is the first place where you look for any downloaded app on your device, and the fastest and the easiest way to launch it. Whenever you install an app from the play store, it gets placed in the app drawer. If you are an iPhone user, your app drawer would be your home screen itself. But in Android, you are provided with an app drawer as a separate section apart from your home screen. 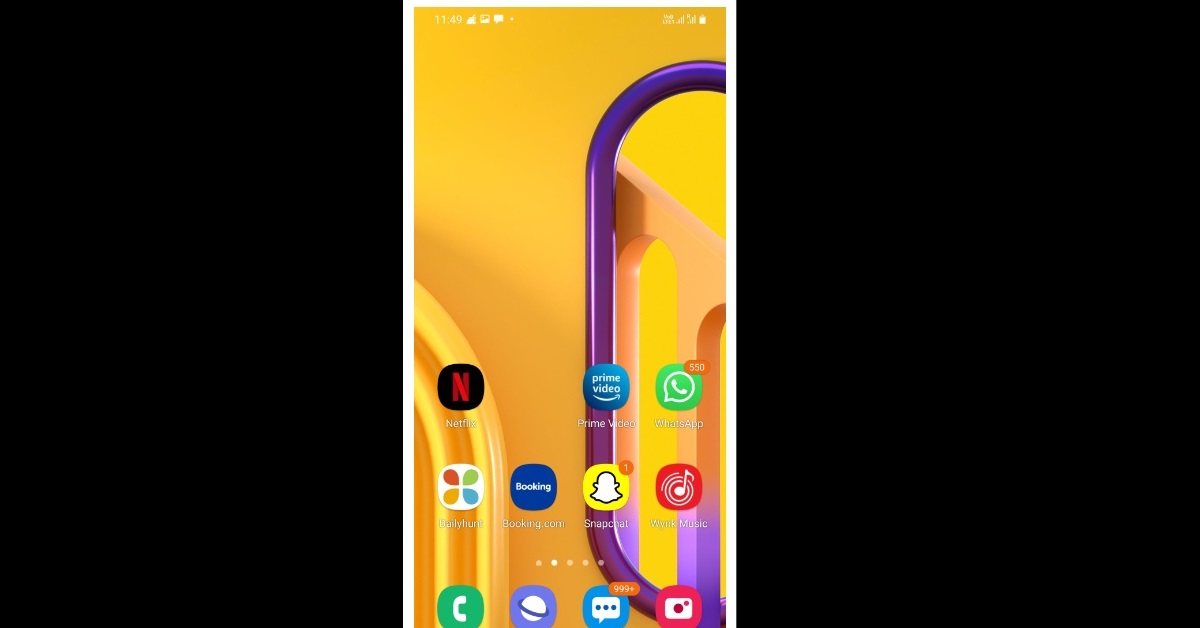 Step 1: Open your app drawer by swiping up on your home screen and then click on the 3 dots on the top right corner of its interface, as highlighted below. 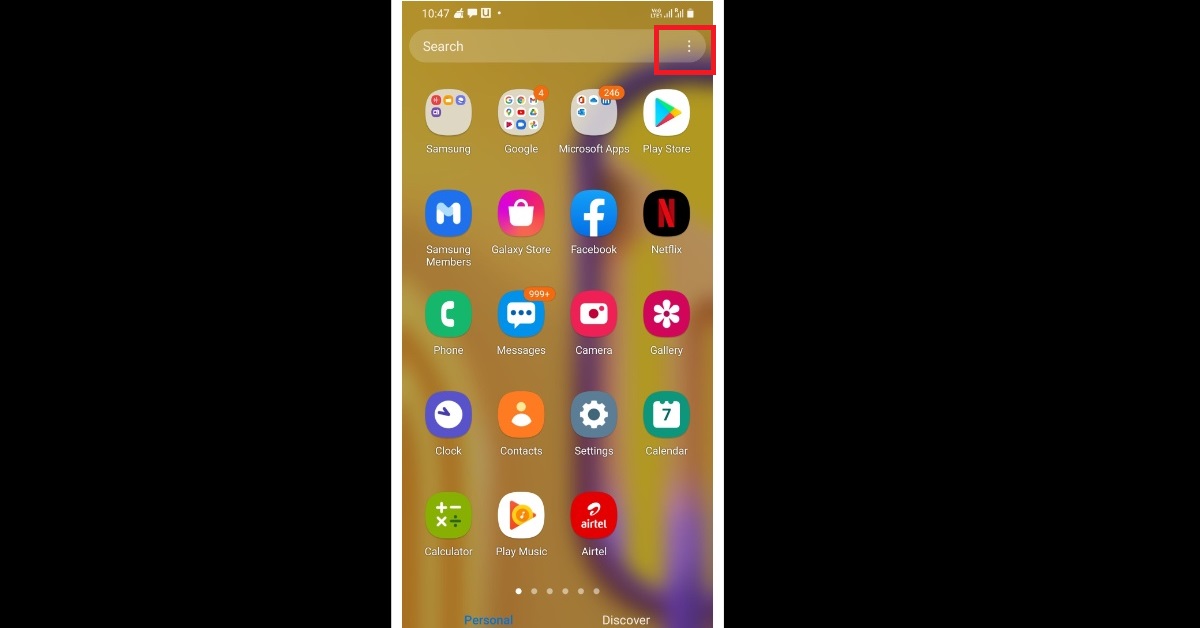 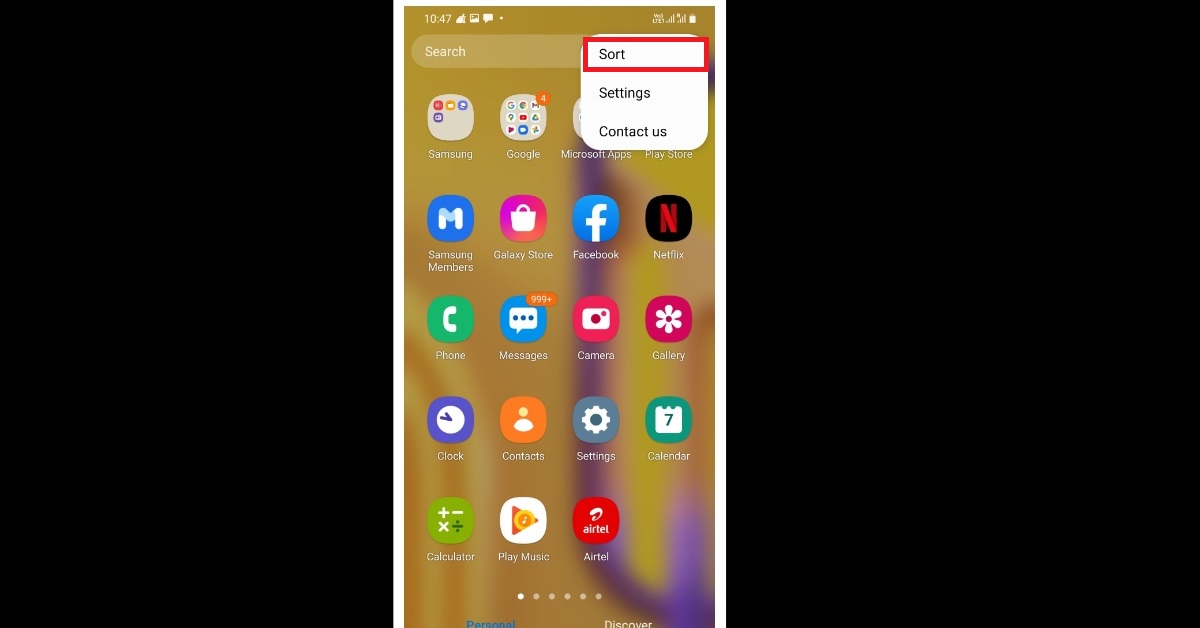 Step 3: Click on the Alphabetical order option, and that’s it! Your apps will get sorted accordingly, and you won’t get lost anymore in finding the app that you want to use immediately. 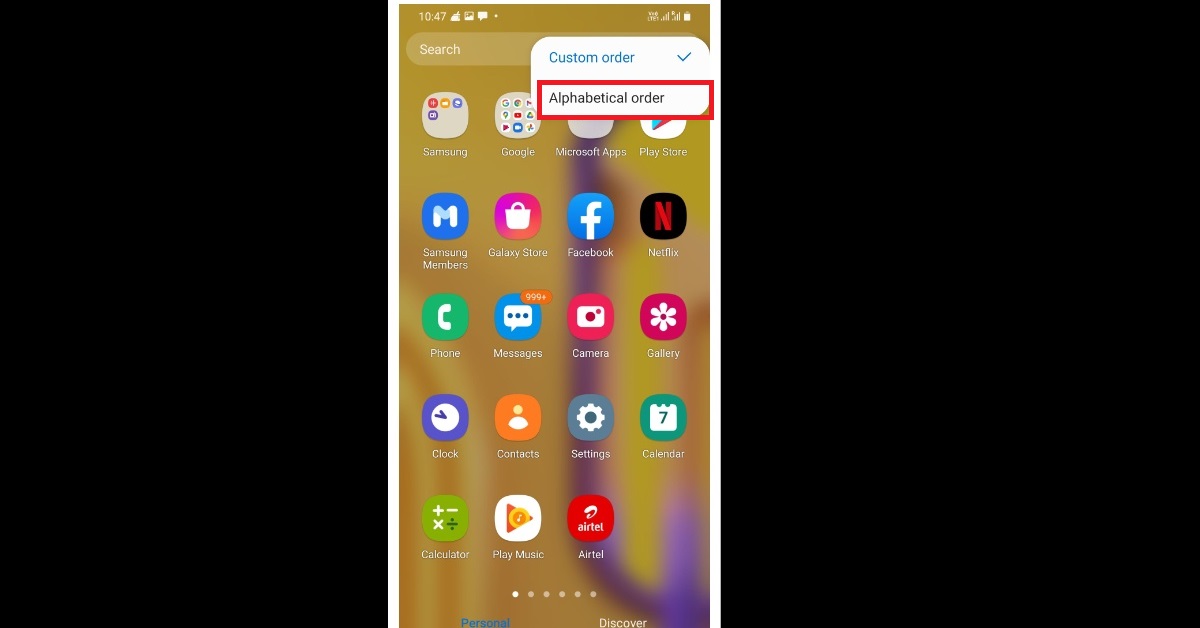 Read also: Apps Not Updating on Android 11? Here’s How to Fix The Issue

You can categorise your apps within your app drawer by creating folders for each category and placing the apps accordingly in them. For example, you can create a folder named Google for all the Google apps that you have on your smartphone, like Google Chrome, Gmail, Google Lens, Google Meet, Google Maps, etc. Similarly, you can create a separate folder for all the Microsoft apps that you utilise, like MS Office, MS Outlook, etc.

You can create a folder in your app drawer in the following manner.

Step 1: Long press one of the apps in your app drawer which you want to put in the new folder that you want to create. The Settings pop up will appear right on top of the app. Click on the Select option. 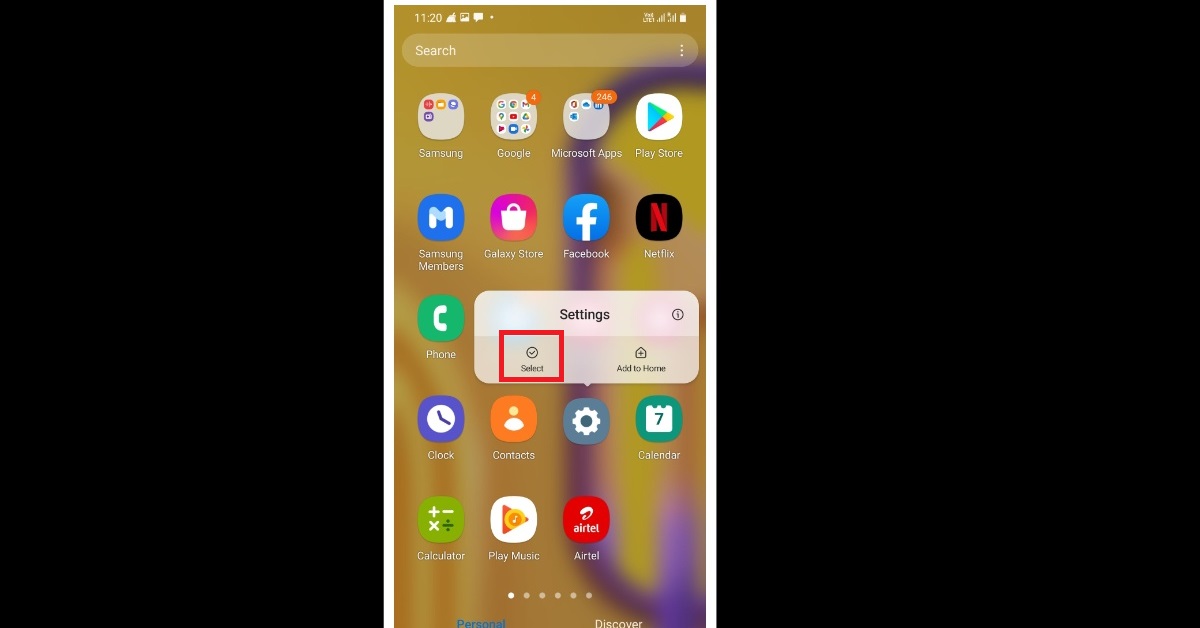 Step 2: Then check on all the apps that you want to put in the same folder, and click on the Create folder option on the top right corner of the interface, as highlighted below. 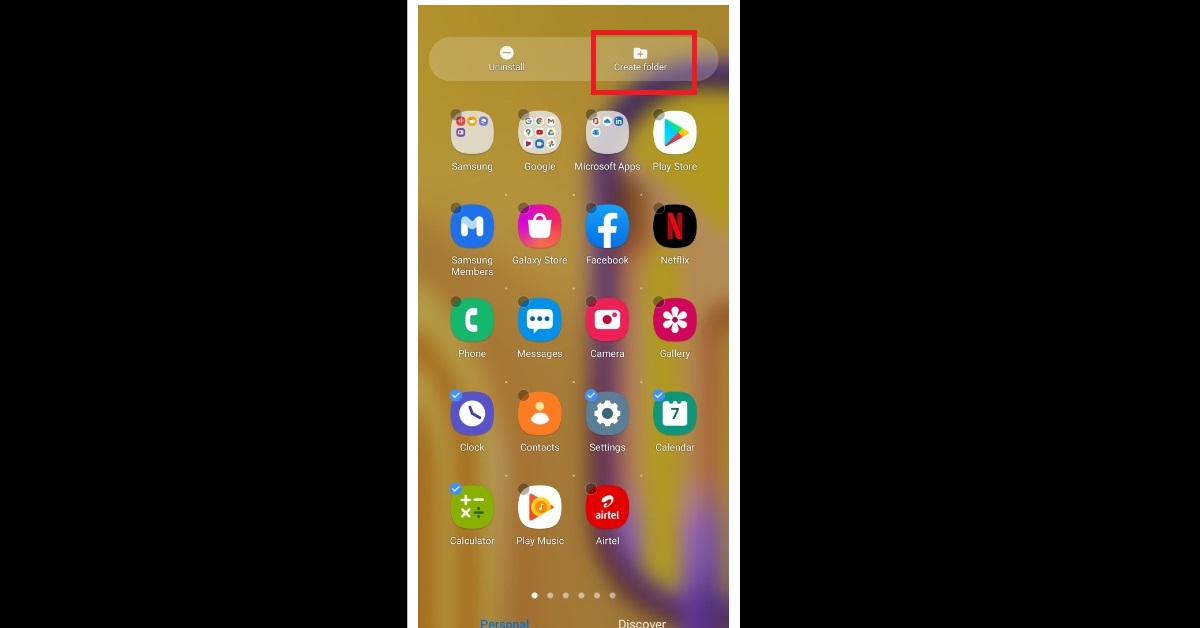 Step 3: Your new folder gets created with the apps that you checked earlier. You can name your folder by tapping on the Folder name area on top and typing the name in it. 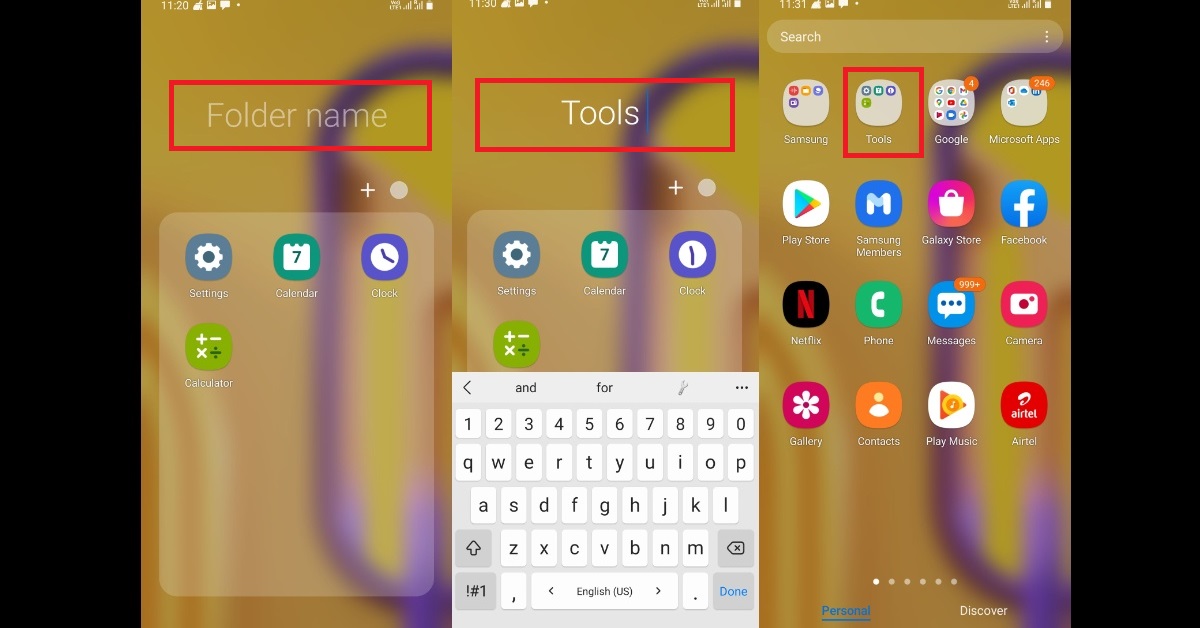 There is another easier way to create a folder within your app drawer. All you need to do is just drag the icon of one app and drop it onto any other app from the same category, which will generate a folder including the two in it. You can then keep on adding more apps to the same folder by just dragging and dropping. Samsung smartphones also let you set a colour as a theme for your folder.

Directly Search An App Through The Search Bar

Almost all Android smartphones provide a search bar within the app drawer for searching apps. Instead of finding your luck in spotting an app by mere scrolling, you can save time by directly using the search bar to locate the app. 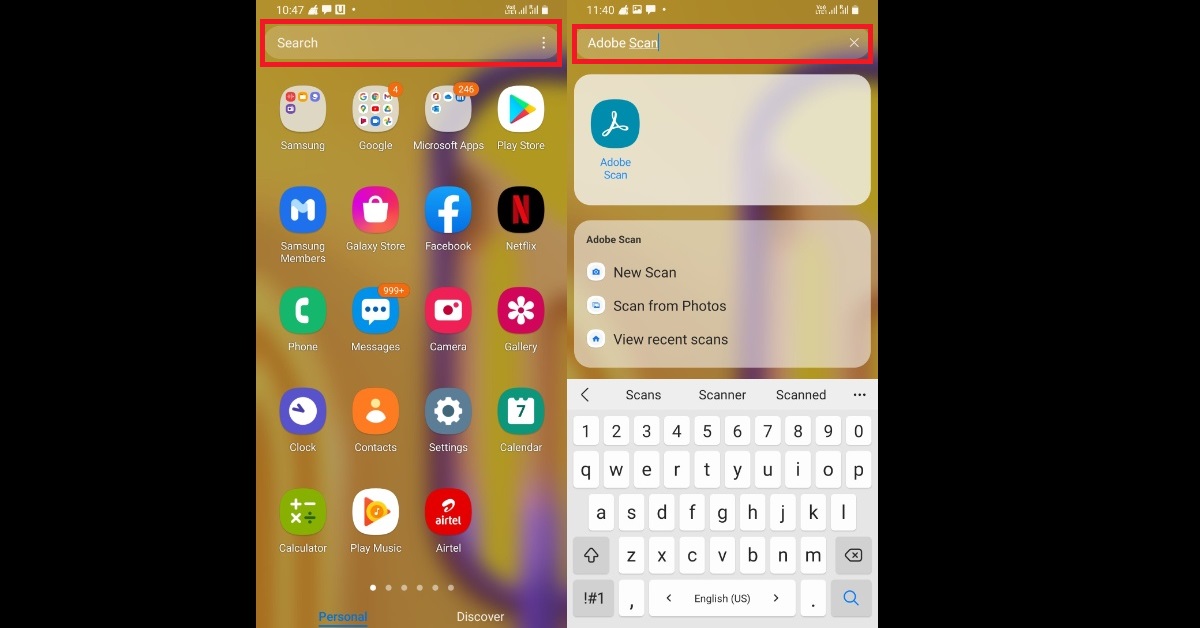 So those were the best 3 ways that we suggest to use your Android app drawer optimally. We would love to hear of any other means or ways you find, to make the best use of the app drawer provided in Android smartphones. Do let us know about it in the comments section below.