Acer TV India under Indkal Technologies has been producing smart TVs in the country at a rapid pace and we got our hands on one of its latest. 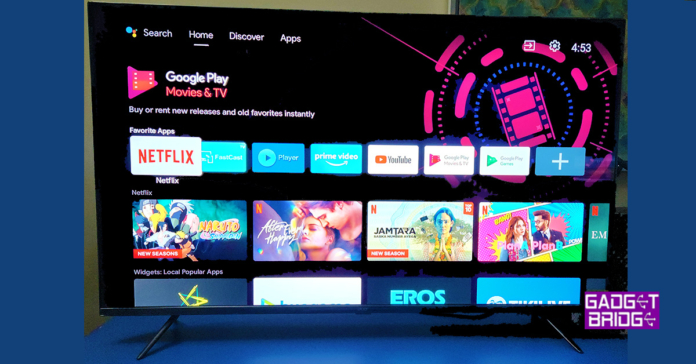 We just reviewed the Acer I series smart TV by the company and already the brand is out with a new set of TVs before the festive season. We played with the latest Acer H Series Smart TV for more than a week to understand what this TV is made of and if a price of Rs 34,999 is justified for this smart telly. Let’s find out in the Acer H Series Smart TV review below.

Setting the Acer H Series Smart TV is very easy and users do get a sturdy pair of metal feet in case they want to keep it on the table. However, this time there is no wall bracket available in the box, which was a little weird as all previous models of the Acer TVs we reviewed had them. Moving forward, setting it up is very easy and in under 15 minutes you can screw on the metal feet, battery up the remote and start the device. 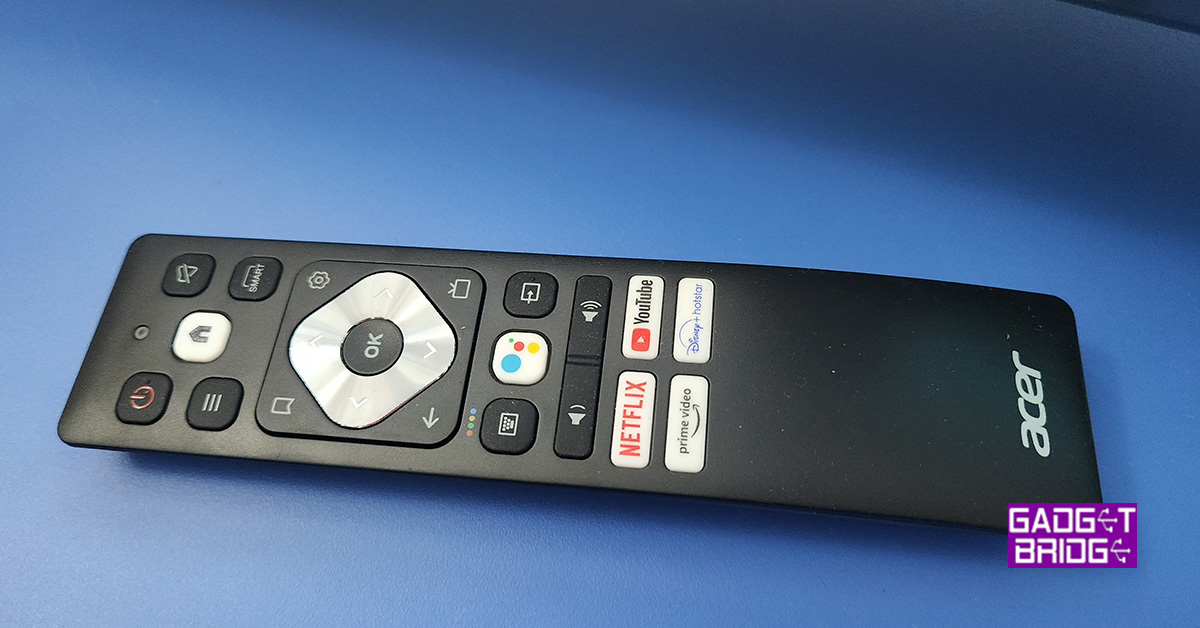 A similar remote to the Acer I series is found in the box of the Acer H Series Smart TVs box. You can pair the remote with the TV using Bluetooth and at first start, the TV will ask you to do so. Just keep the remote under 1 meter of the TV to connect it without any hassles. Then you can move it around up to 30 meters to access the TV. The remote is well designed and has all the essential keys, including shortcuts to Netflix, YouTube, Disney Plus and Amazon Prime Video.

The Acer H Series Smart TV we are reviewing is a 50-inch 4K display. There are two other models also available – 43-inch and 55-inch (these support 4K viewing too). The smart TV is almost frameless with virtually no borders at the top and sides. You get a thick silver border at the bottom, which adds to the show and also sports the Acer branding. This also hides the downward-firing 60W speakers behind it. 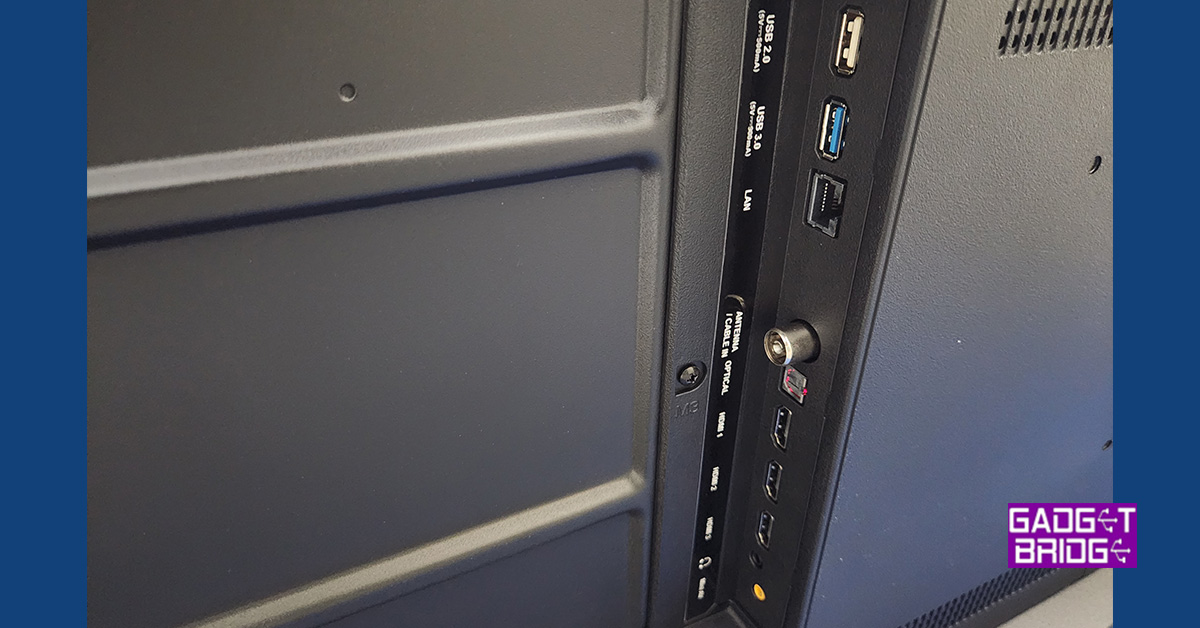 Spin the TV around and you will find a lot of connectivity options. These include two USB 2.0, one USB 3.0, AV, Ethernet, three HDMI and one 3.5mm aux port for headphones on the right side. The power port can be found on the left side of the back panel. The back is made up of plastic and seems sturdy to be mounted on the wall.

Let’s move to the more exciting part of the Acer H Series Smart TV review. But first, let’s quickly talk about some of the tech specs of this thin tube. The 4K smart TV has 64-but Cortex a 55 quad-core CPU with up to 1.3GHz clock speed. This is partnered with a Mali G31 GPU and 2GB of RAM along with 16GB of storage. The config is good enough for future upgrades. If maybe in the coming years Android 12 for TVs is announced then you would be able to upgrade with ease, not needing additional storage.

Talking about which, the viewing experience on this smart TV is superb. We loved our time spent with it. The TV supports 178 degrees of viewing angle, making it perfect for large rooms and can be enjoyed with the family. The colours are vivid, and the picture is sharp. Thanks to the high contrast ratio, you get deeper blacks and much nicer hues on it. We did not find any ghosting on the screen, even in fast-paced sports events or action movie scenes. This is also helped by the MEMC engine this TV has, which adds frames for a much smoother viewing experience. 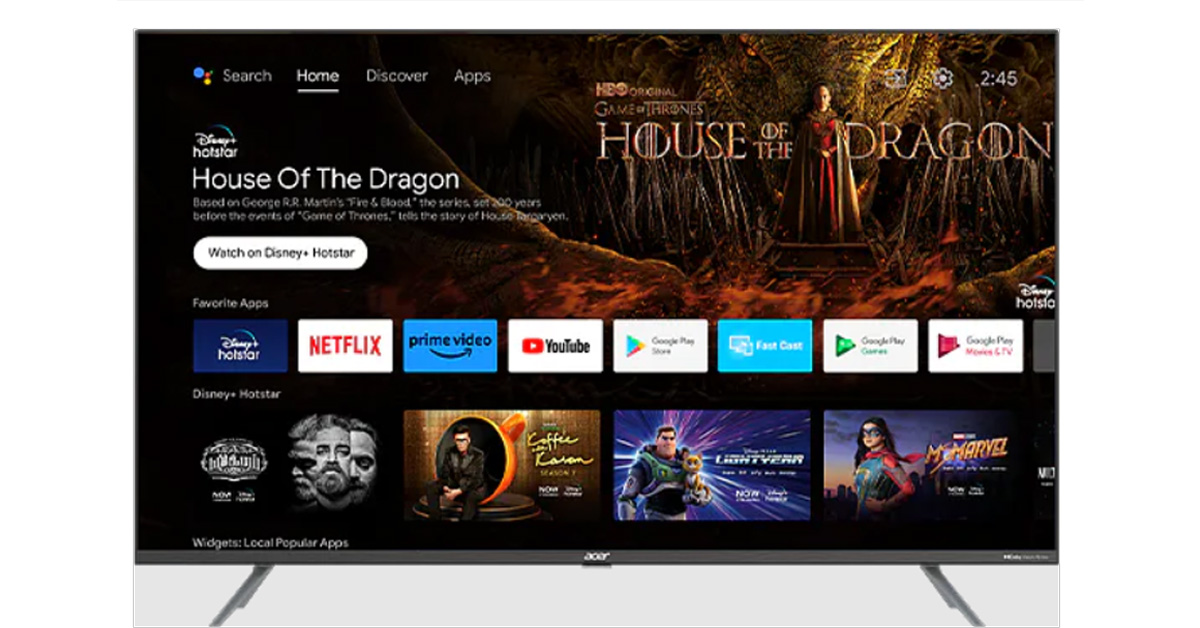 The Android TV 11 OS supports all the OTT apps and the popular ones like Netflix, Prime Video etc are already present on the device. More can be downloaded from the Play Store. Thanks to the 2GB RAM in this smart TV the OS experience was lag free for us. Acer H Series Smart TV did not hang even when 3-4 OTT apps were open in the background.

The sound does perfect justice to the super bright LED screen. In the price bracket, users usually get 20-30W speakers, but with 60W, you will end up getting a lot of good audio vibes to you in a virtual surround sound setup. As we said, the audio is tuned by Dolby Atmos so that the virtual effect can be felt through the speakers. The settings menu is filled with good options for the users to customise the screen according to their viewing preferences, too.

In operation mode, the TV consumes 120W of power which is usual in this segment.

So, at a price of Rs 34,999 is this TV the right pick for you? We should start by saying that Acer India TVs have come a long way and from the first TV we reviewed last year to the Acer H Series Smart TV, there is a solid upward trajectory. There is so much improvement, not just only in the build quality but also in the picture and sound department. The great effort put in by Indkal team and its engineer’s shows. If you are looking for a large smart 4K TV, you can easily pick up this one by Acer India TV at an affordable price.

Design is similar to some others

- Advertisment -
We just reviewed the Acer I series smart TV by the company and already the brand is out with a new set of TVs before the festive season. We played with the latest Acer H Series Smart TV for more than a week to...Acer H Series Smart TV review (50-inches): Great display at competitive pricing, a worthy buy?