From last year the series of new smart TVs from Acer have become better. 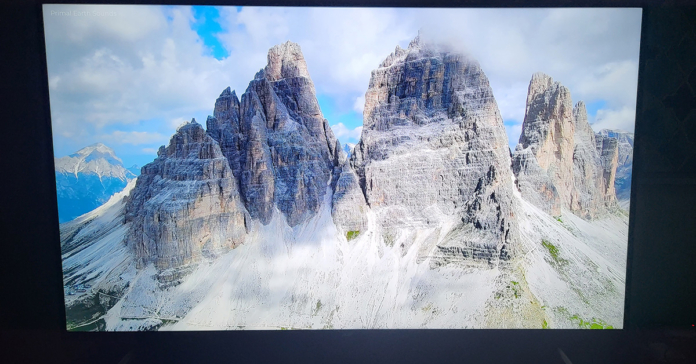 Acer partnered with Indkal technologies in India as the official licensee to sell Acer TVs in the country last year. The TVs are being built in India. Now in the second year running the brand has introduced a new set of smart TVs in the I-series. Available in sizes upwards of 32-inch, we got our hands on the largest brother, which is the 55-inch variant. This is Acer I-series smart TV review (55-inch) of ours and is this new smart TV worth buying? Let’s find out.

Out of the box, the Acer I-series smart TV looks like most other TVs in the market, but with very delicate differences. To begin with, the bezels of the smart TV are thinner than most, the bottom chin bezel area is also smaller when compared to others. The Acer branding can be found up front at the bottom with the LED indicator as well as the IR receiver under it. The power button is also placed here, which doubles up as the function key too. 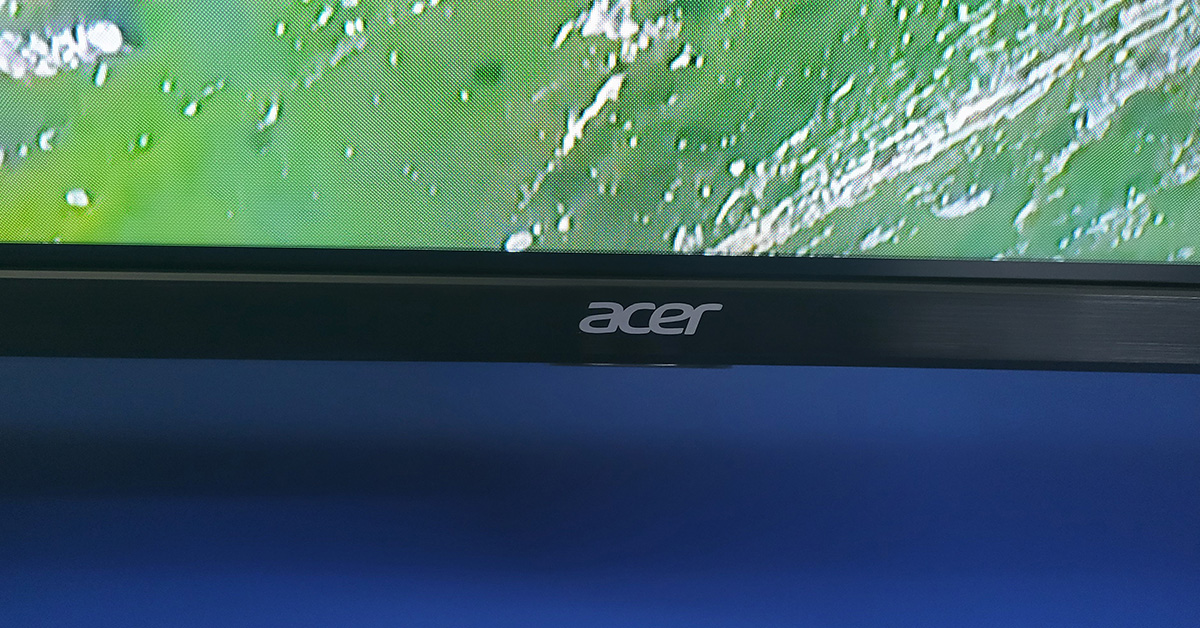 The Acer I-series smart TV can be stood up on the table or can be wall mounted. The wall mount is supplied in the box, which is an excellent thing as then you need not spend anything extra. Most of its front is taken up by the 55-inch grade-A LED panel. The back is where all the ports are located. These are side mounted for easy access. The ports include twin USB 2.0, Ethernet, Antenna, three HDMI and AV-in as well as a 3.5mm headphone port. The power port is placed on the other side of the panel. 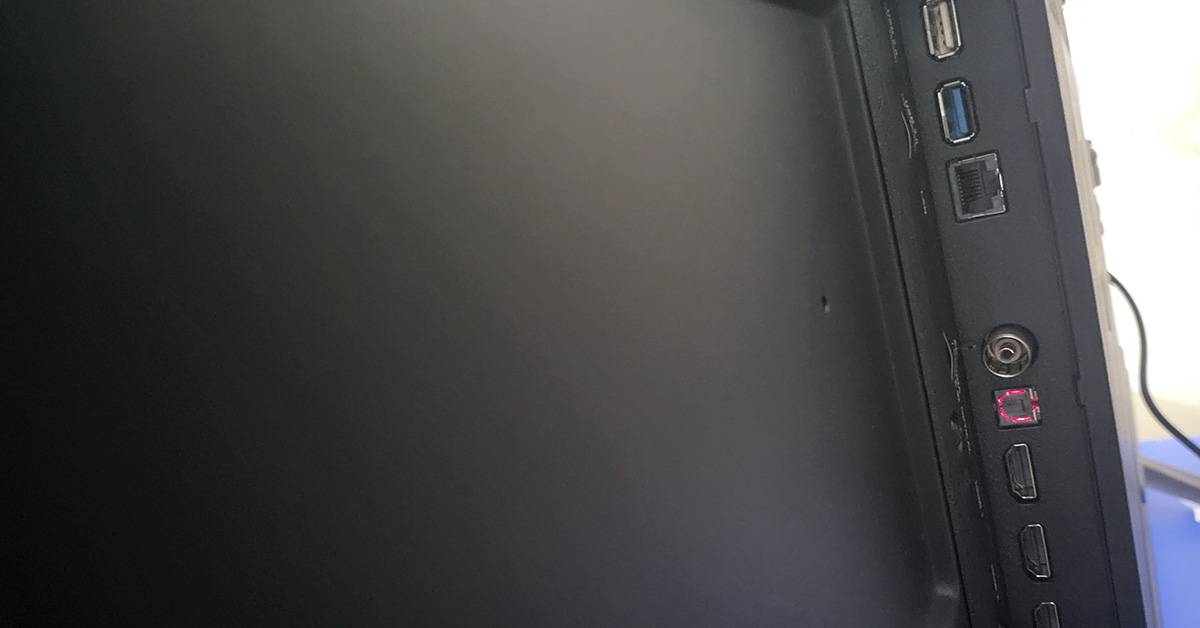 The twin 15W x 2 speakers are neatly hidden under the panel. These are downward-firing, so if you keep the Acer I-series smart TV on a table, you will get an extra sound boost. When it comes to slimness this TV is not the slimmest on the market. At its slimmest point, it is about 2-inches thick and goes up to 3.25-inch at the thickest point. This is not bad, for a flat panel, but yes there are slimmer TVs out there, but those are much more expensive. 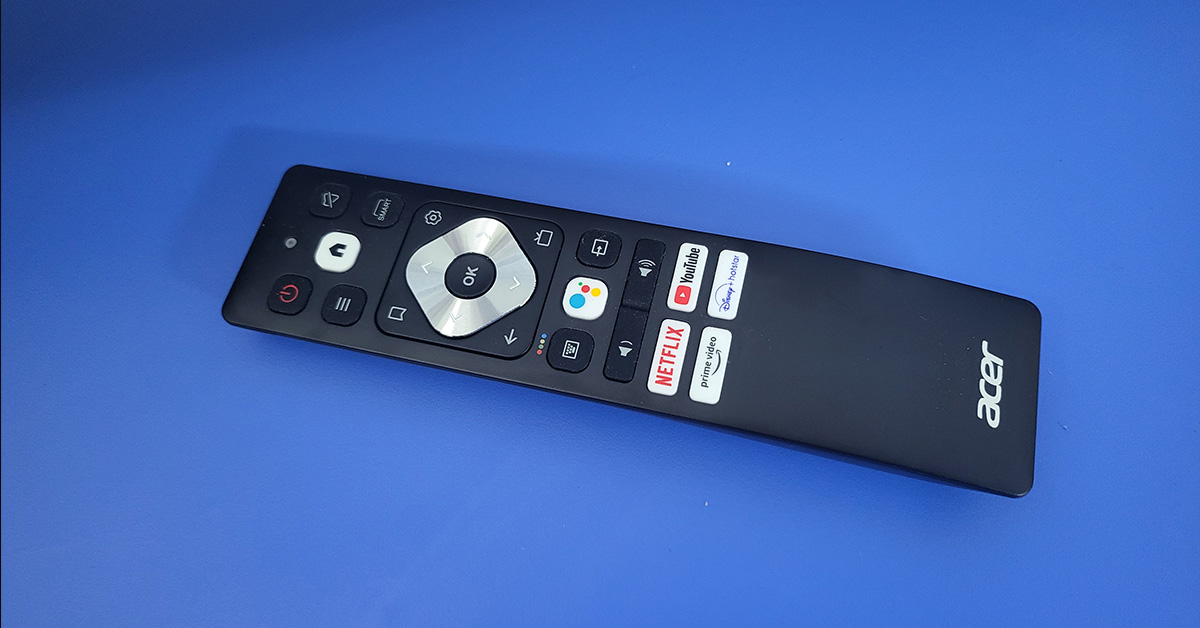 A full-function remote is also supplied with the Acer I-series smart TV. It has a lot of keys that care of almost all the functions of the TV. Since it is a Bluetooth-enabled remote, when you first turn on the TV, you can easily pair them together. Just hold and press the home and OK buttons together on the remote, within 1 meter of the TV and it will pair. The remote also has dedicated buttons for Netflix, YouTube, and Prime Video and Hotstar. There is a Google assistant button too in case you want to use voice commands.

Overall, there is nothing exceptional about the design of the TV. But the minimal look works for us, as then you will focus on the picture screen and nothing else.

Let’s move to the viewing experience of the Acer I-series smart TV. Acer has done a fabulous job at creating this TV. You fall in love with the display with each passing day. There are plenty of audio and visual functions available on this TV for the best viewing experience, which is missing from many other TVs in the price bracket.

There is a special sound equaliser option available on the Acer I-series smart TV that is missing in other smart TVs of this size. Over that, this TV has Dolby Audio and surround sound support, which actually puts a lot of life in the speakers. At full volume they do create a virtual sound experience for small to medium size rooms, however, for large halls, you might want to put in a couple of extra speakers or a sound bar with it.

The viewing experience on the Acer I-series smart TV is superb. We tested it out for more than a week and we loved everything it played. Since 4K is supported the colours and details a UHD video on this TV provides are brilliant. The blacks are not super deep but are not bad. The colours do pop out when playing HD and above videos on this smart screen. HDR10+ and HLG are supported, which makes imagery more vivid.

Watching shows and movies on Netflix and Disney+ Hotstar was a treat. But before that, let us talk about the setup. Setting up the TV is very easy, just follow the on-screen instructions and if you have an Android smartphone (which most of us have) you can connect to your local Wi-Fi router and finish the setup in 3-4 steps. Now coming back to the OTT experience, we loved every bit of it. Our favourite movies and shows looked much better on this TV. The Acer I-series smart TV also reduces noise to quite an extent. This we tested out when we played upscaled shows like friends. The noise is reduced and you get to see a smoother picture. Also, we did not find any ghosting in high-paced action scenes or car chases in movies and shows.

The TV comes with dual-band Wi-Fi as well, which means you can connect to 5GHz or 2.4GHz routers. This is great for people who watch a lot of shows on OTT platforms like Netflix or others. As then you get buffer-free moving pictures. The Acer I-series smart TV is built on Android 11 for TVs and the OS is quite intuitive. Once you start watching, the OS is great at recommending the shows you would want to watch or are not done watching. Navigating through the OS is easy and the supplied remote mostly does a good job. For the rest, there are always voice commands, which work well 9 out of 10 times.

Over that, you can also connect an external webcam to it and have meetings or talk to family using Google Duo. There are a lot of pre-loaded apps available on the Acer I-series smart TV, for more you can always head over to the Play Store app in the TVs OS. This flat screen supports up to 178 degrees of viewing angles, so no matter where you are sitting in the room, you will see accurate colours and videos.

For RAM and storage, the Acer I-series smart TV comes with 2GB RAM and 16GB onboard space. This is coupled with a 64-bit quad-core CPU and a MALI GPU. Together they do make the TV run fast. But 1 more GB or RAM would have made everything including multi-tasking support smoother.

Also, the Acer I-series smart TV consumes 145W of power, which is slightly lower than the competition. So is it worth buying at Rs 37,999? That is a worthy yes. When compared to the rivalry, it is Rs 5,000-7,000 cheaper in the Indian market. There is a lot going on for this smart 4K flat panel. You get good colours, a bezel-less design, and very decent sound with Dolby support. Yes, blacks could have been deeper, and we would have one more GB of RAM, but we guess the company has to leave something out for the next iteration as well. Overall, if you are in the market to buy a large-screen TV, Acer I-series smart TV can serve you well.

RAM could have been higher

1 more GB of RAM would have been a boon

- Advertisment -
Acer partnered with Indkal technologies in India as the official licensee to sell Acer TVs in the country last year. The TVs are being built in India. Now in the second year running the brand has introduced a new set of smart TVs in...Acer I-series smart TV review (55-inch): Exceptional viewing at less price, worth buying?