These can produce great bassy beats at an affordable price point 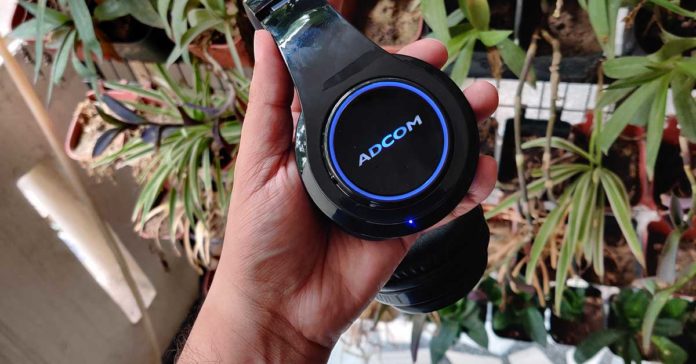 Adcom Luminosa wireless headphones were launched in India a little while ago and they fall in the inexpensive wireless headset’s category. We tested these over the ear headphone to see what makes the fat lady sing in them. To our amazement, the sound is not bad at all. Read the rest of our review to know more.

Adcom is an Indian company that has been manufacturing goods in China and selling them in India. One such product from their stable is Adcom Luminosa wireless headphones. Which for the price segment are well-made. They do not look flimsy, neither has the company used slapdash plastic. At least not on the headband or ear cups. The only place we thought they could have done better was the buttons.

Talking about which, the right ear cup is where all the buttons and ports are placed. These include power on/off, play/pause, volume up/next track, volume down/previous track and an M/EQ buttons. With these, there is a microSD card slot, a 3.5mm audio port and a micro USB charging port available on it as well.

Adcom Luminosa wireless headphones also have RGB LED lights on both the ear cups too, which can be turned on or off by long-pressing the play button. This conserves the battery. A Bluetooth LED indicator is also given on the right ear cup band. For comfort, there is enough cushioning on the headsets. Starting from the headband that has a rubberised air pad on it. The ear plates have foam pads, which do manage to cut down the ambient noise to quite an extent (passively).

USB Charging cable and a not-so-long 3.5mm audio cable are also supplied in the box. The headphones are flexible and have metal hinges. These extend the headsets for each head type and also collapses the ear cups for easy storage. These can turn up to 180 degrees inwards.

Adcom Luminosa wireless headphones shine when it comes to resonance. We were not expecting the kind of beats it can produce. The high and lows are very audible, but what really takes the cake is the deep base. We played some of our best tunes from Spotify (Hollywood and Bollywood) and the headphones delivered great sound.

Setting them up is child’s play and they quickly connect using Bluetooth 4.2. Just turn them on, search for them on the mobile, pair and you are all set. The Adcom Luminosa wireless headphones take about 2 hours to fully charge using a standard USB charger, which sadly is not part of the box. After charging fully we got about 4 hours of music playback from the 400 mAh battery, with LED RGB lights turned on. Adding to the show, the RGB LED’s light up the ring and Adcom branding on both the earpieces.

The Adcom Luminosa wireless headphones support playback from a microSD card as well. A card of up to 256GB is supported. However, one has to be a bit careful to insert it in the slot, as the slot is not the easiest to operate. Users can also pick calls when connected with a smartphone (Android or iOS). The play button can be used for the same. A mic is placed on the right band and the call quality via the Adcom Luminosa wireless headphones is not bad either. 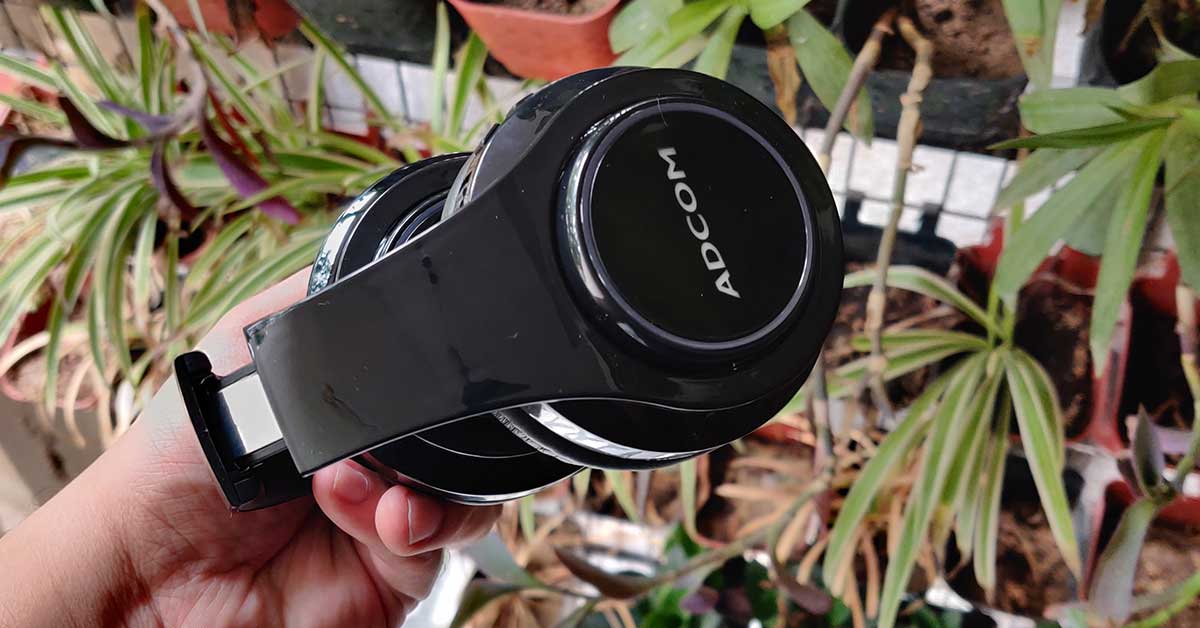 The Bluetooth range for these headphones is 20 meters (as the company states). For us these worked well till about 15 meters and walls do not hamper the reception much. We were able to access the buttons on the headset with ease and found their placement to be quite decent. So how does one operate the tracks and volume on the Adcom Luminosa wireless headphones? It’s pretty simple, the play button doubles up as the pause button and call button. The volume buttons if single pressed go to next or previous tracks. If long pressed then volume increases or decreases.

For our final words, we do not mind the good sound the Adcom Luminosa wireless headphones threw at us. At Rs 1,490 these are definitely worthy. We for one wanted better-built MicroSD card port and buttons on these headphones. The sound with 3.5mm aux cable improves a bit, but the length of the cord fell short. All in all, if you are looking for good to great wireless sound in a budget and a warranty period of 1 year, these headphones will not disappoint you.

Philips OneBlade Pro QP6550 electric shaver review: All in one for men’s grooming

Skullcandy Mod True Wireless Earbuds Review: For Rs 5,999, is it a worthy buy?