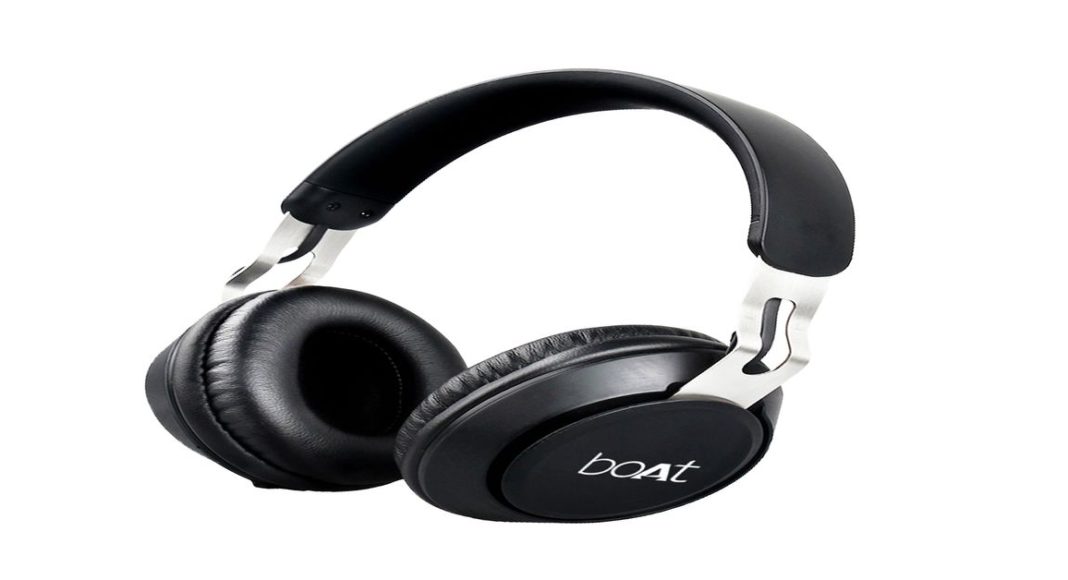 The boAt Rockerz 480 Bluetooth headphone is priced at Rs 1,899. The product is available on Amazon.in and it comes with a 1-year warranty.

boAt Rockerz comes with Bluetooth, but it also has wired connectivity, which means it can be used with the wire and wirelessly. They come with a black matte finish on the earcups and headband is made out of aluminum finish for sturdiness. The headphones are powered by 40mm dynamic drivers that provide high definition immersive audio experience.

The ear speaker carries 10mW power and has signal to noise ratio of 70dB. The boat Rockerz 480 works between the 20Hz and 20KHz (20,000Hz) frequency response. Over that, the headphone works with iOS as well as Android OS and it also comes with a power, pairing and charging LED indicator. As far as the battery is concerned, these earphones have a 300mAh battery with a charging time of 2.5 hours.

It has a playback time of 10 hours along with standby time of 200 hours. As mentioned earlier, the headphones also come with inbuilt mic so users can take calls and is capable of giving talk time of up to 8 hours. It also supports Google Voice Assistant. Although aluminium is used in the Boat Rockerz 480, it just weighs 187 grams.

Ankush Guglani, Business Head of boAt said “The boAt Rockerz 480 Over-ear headphone let you experience crystal-clear sound that defines the Rockerz series. For pure and mature sound on the move plug into the boAt Rockerz 480 and what you get is balanced sound signature with rich treble and bass, lots of details and neutral tones.”

There are volume rocker keys along with play/pause and previous song/next song controls on the Bluetooth headphones, so the user won’t have to reach for his smartphone to control his playlist. They have a range of 10 meters or 33 feet.

Aman Singhhttps://www.gadgetbridge.com/
Aman Kumar Singh has a Masters in Journalism and Mass Communication. He is a journalist, a photographer, a writer, a gamer, a movie addict and has a love for reading (everything). It’s his love of reading that has brought him knowledge in various fields including technology and gadgets. Talking about which, he loves to tweak and play with gadgets, new and old. And when he finds time, if he finds time, he can be seen playing video games or taking a new gadget for a test run.
Facebook
Twitter
WhatsApp
Linkedin
ReddIt
Email
Previous articleHuawei Y7 (2019) with 4,000mAh battery launched in Europe: Price and specifications
Next articleBlackberry wireless charger launched for Rs 2,499: Get all details here