Is it new wine in an old bottle? 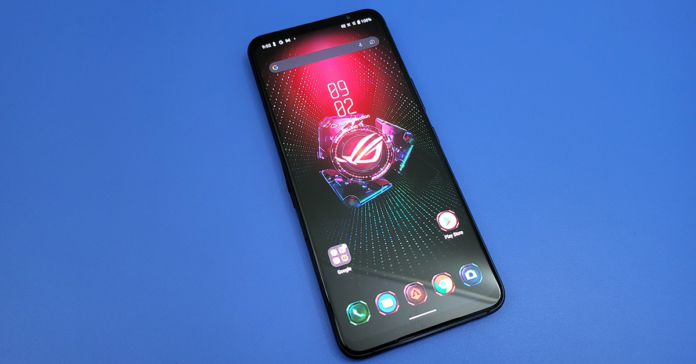 Asus usually brings out a new ROG phone in the mid of the year, however, this time they have brought out a new version or an upgraded version of sorts of the ROG Phone 5. There have been enhancements made and this is the Asus ROG Phone 5s review, you all need to check out before buying the device.

Well, honestly, everything from the box to the smartphone itself reminds us of the Asus ROG Phone 5. Same packaging, similar design, port placement, air triggers are what you get on the new Asus ROG Phone 5S, too. On the front, you get a 6.78-inch display that is not edge to edge, but two thick bands run on top and bottom. This has been kept for better game ergonomics. The display has a layer of Corning Gorilla Glass Victus and no screen protector, just like the last edition.

The screen has FHD+ resolution (2,448 x 1080 pixels) and a 144Hz refresh rate, which is the best seen in any smartphone. It is a Samsung AMOLED display that the Asus ROG Phone 5S uses with a 1MS response time. We loved spending time with this display. Everything from playing games like Asphalt 9 and BGMI to watching movies on Netflix was a superior experience. The daylight visibility of the screen is also very good and the colours do not wash down when seen under direct sunlight. 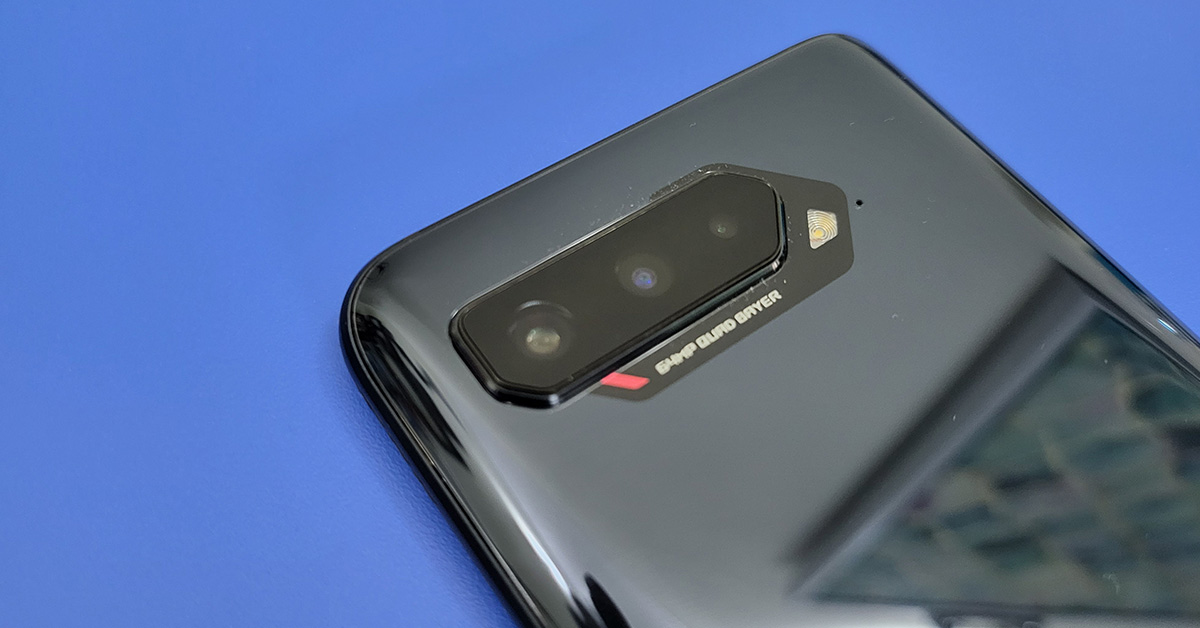 Talking a bit more about the aesthetics of the smartphone, the Asus ROG Phone 5S comes with a glass back (CG 3) with a metal side frame. On the frame, you get two air triggers on the right side along with the volume rocker and power buttons, which are placed perfectly well and within reach when using the phone with one hand. The left side has the secondary charging USB Type-C port along with the power point for the Aero Active cooler (sold separately). The dual SIM tray can also be found here. 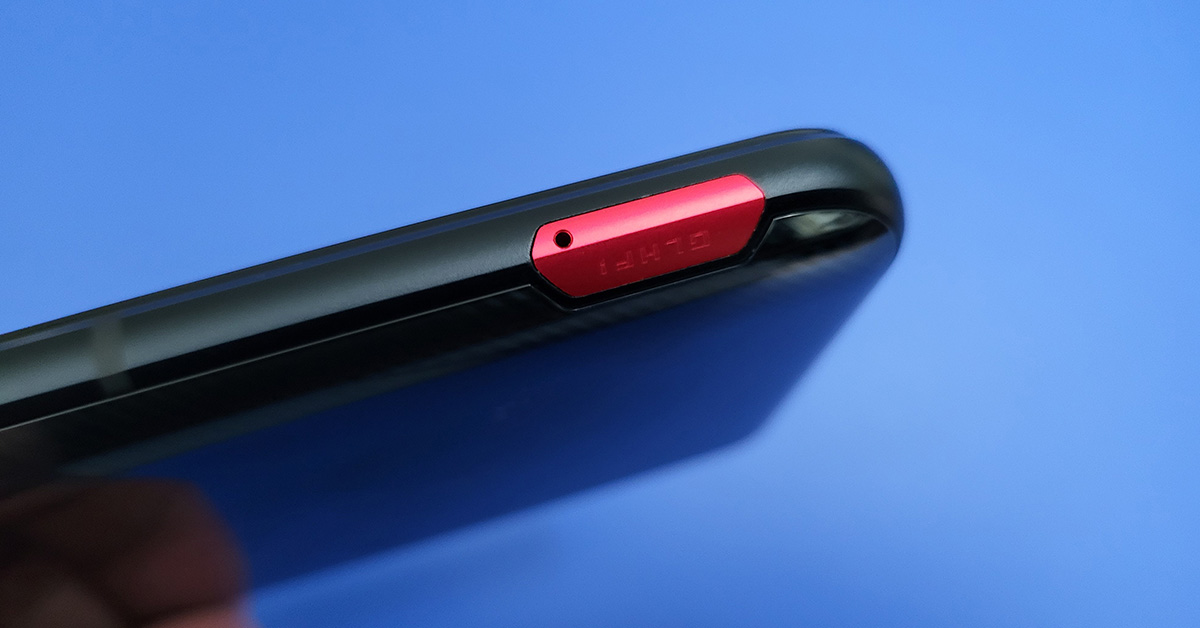 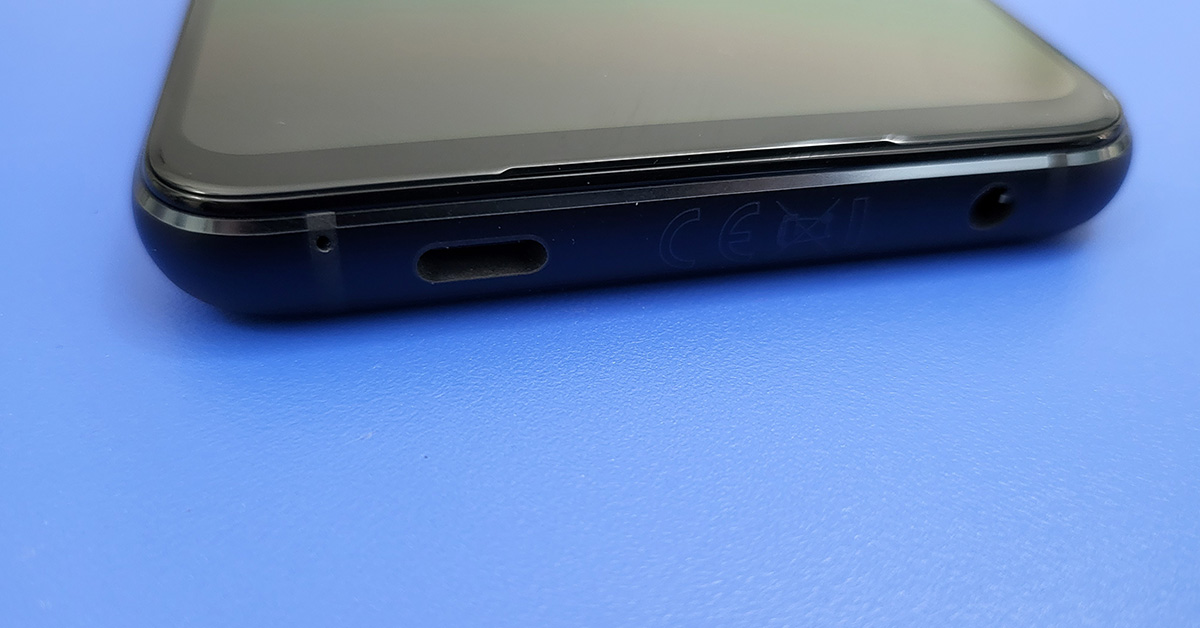 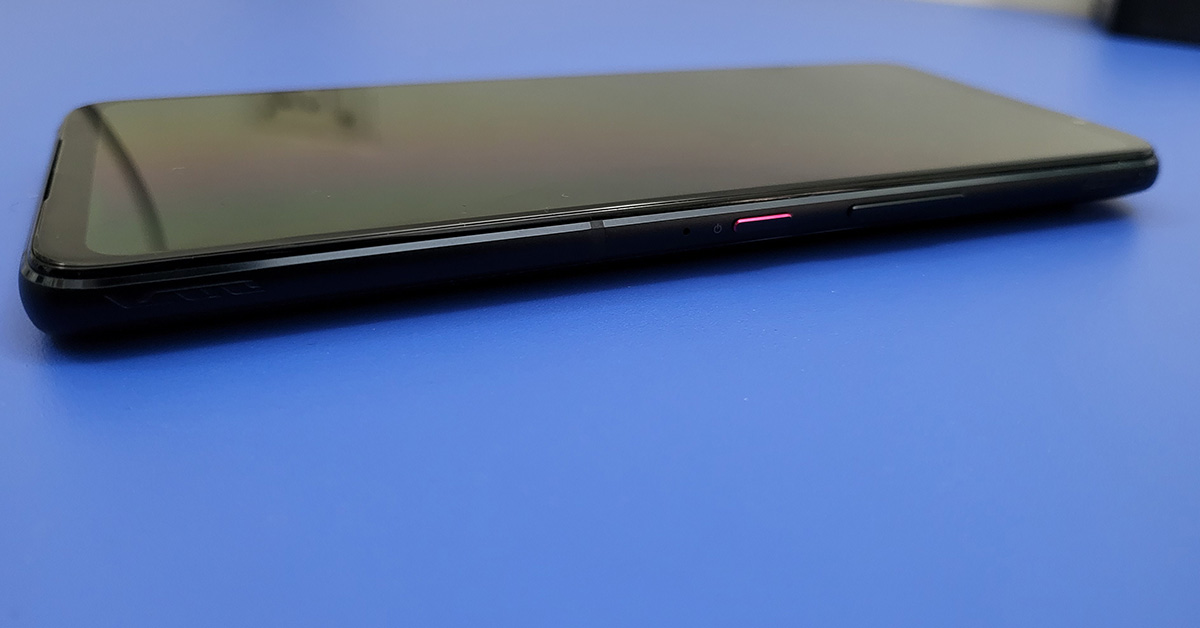 At the bottom of the Asus ROG Phone 5S, you get the primary USB Type-C charging port, Primary MIC and a 3.5mm audio port. At the top you get another MIC, in total there are 4 MICs on this smartphone. The Rear has the ROG branding and its LOGO is lit with LED lights. These are RGB lights and can be controlled via the X mode settings. There are three cameras in a ROG style camera bump placed on the back of the smartphone with an LED flash. Overall, the design of the phone has been seen before, yet still is very modern.

Before speaking of the Asus ROG Phone 5s performance, let’s shed some light on the tech specs of the smartphone. The 5s comes with an Octa-Core Snapdragon 888+ CPU that clocks at 2.99GHz. The graphics are provided by Adreno 660 and when it comes to RAM and storage, it is available in 8GB RAM and 128GB Storage and 12GB RAM with 256GB UFS 3.1 Storage versions in India. While there are higher RAM and storage configurations available in other countries, India right now does not have them. We are testing the one that has 8GB RAM.

Overall, even with less RAM, we did not see any lag on the smartphone when using it. Even with Android 11 out of the box, the OS and apps open smoothly. Everything is fluid, however, you do get to see an occasional stutter when demanding games run on it, but 9 out of 10 times all the games ran very-very well. There is WiFi 6 also on this smartphone and we did not face any disconnection issues in the device, which many of you asked us over social media.

The smartphone does get a little warm after 30 minutes of gaming, but then cools down very quickly too when you stop gaming. If you are a hardcore gamer, we do recommend using the Aero cooler with it. Asus has used a better vapour and heat removal system in the Asus ROG Phone 5s, which seems to work, but still, an Aero cooler is needed for prolonged lag-free gaming sessions.

The air triggers still are best in the system and are the preferred choice when playing games like BGMI. A 30W charger comes in the box, but this one can fast charge with a 67W charger. Amazingly, only the supplied charger works with the Asus ROG Phone 5s, if you use any other charger it will not work. There are 2 x 3,000mAh (6,000 mAh total) batteries inside, which charge very rapidly. Also, the additional USB Type-C charging port on the left means you can have uninterrupted gaming sessions, even when the charger is attached. However, that increases the heat being driven on the back panel. After nominal use, we got over 22 hours of battery life from it. But if you game a lot, you will get between 5-7 hours of continuous gaming.

Moving to the cameras, the Asus ROG Phone 5s has three cameras available on the back of the smartphone. The primary one is the 64M wide-angle lens via which we got some really good shots indoors and outdoors. The images came out crisp and colours were close to life. The quality went down a lot when clicking at night or in very low light. So our suggestion is to turn on the flash if you want great party shots. 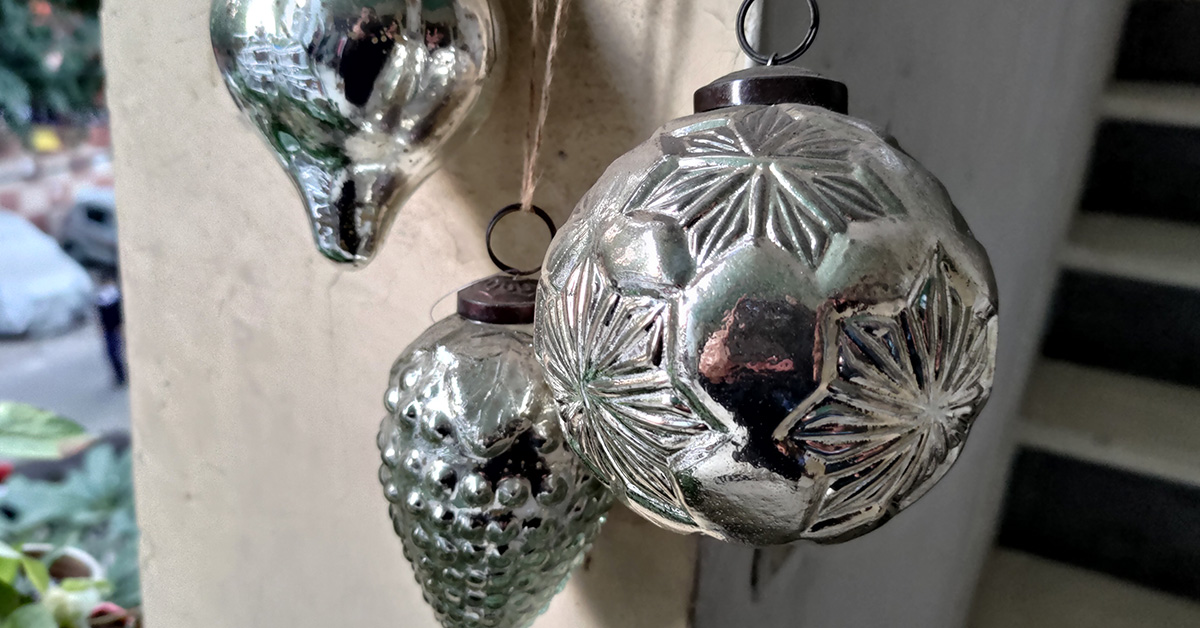 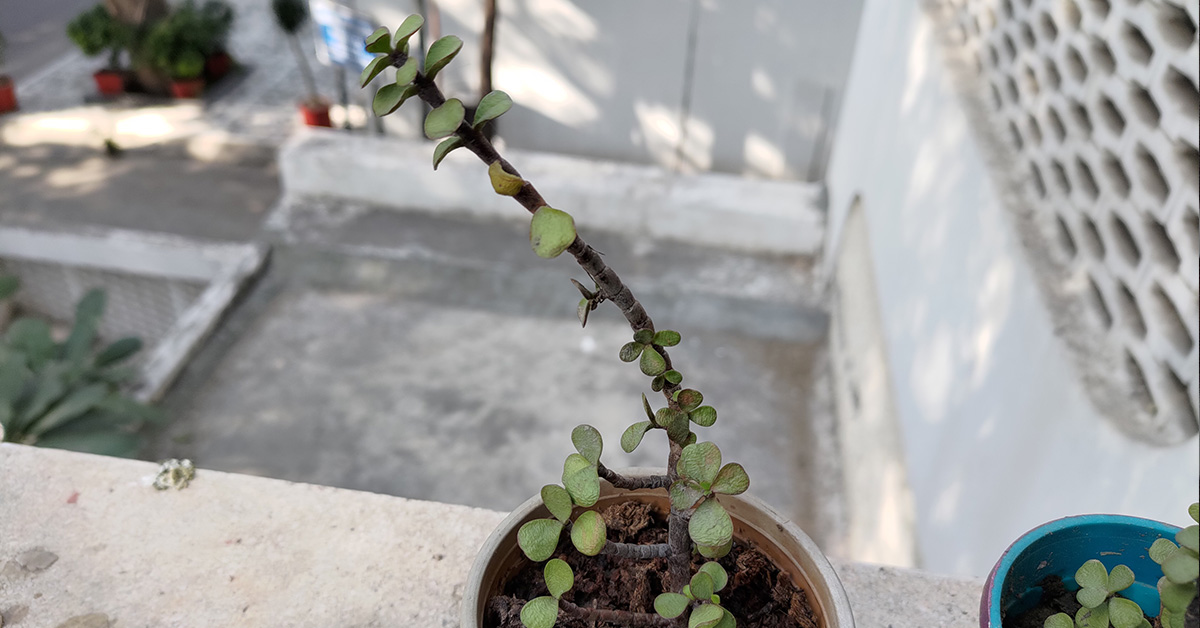 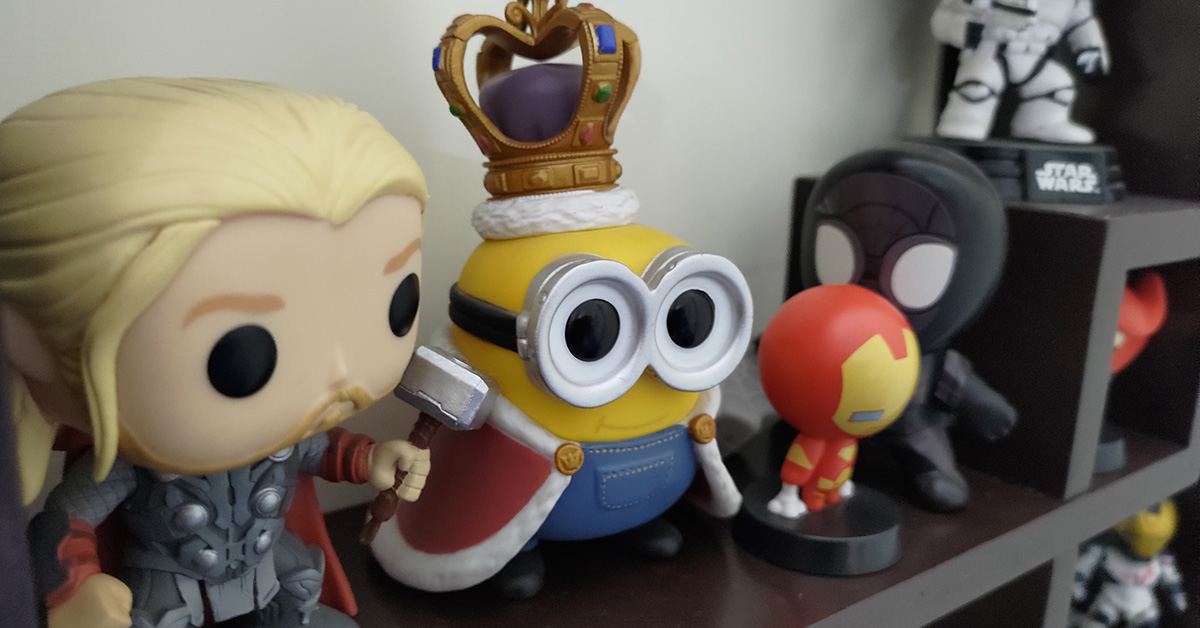 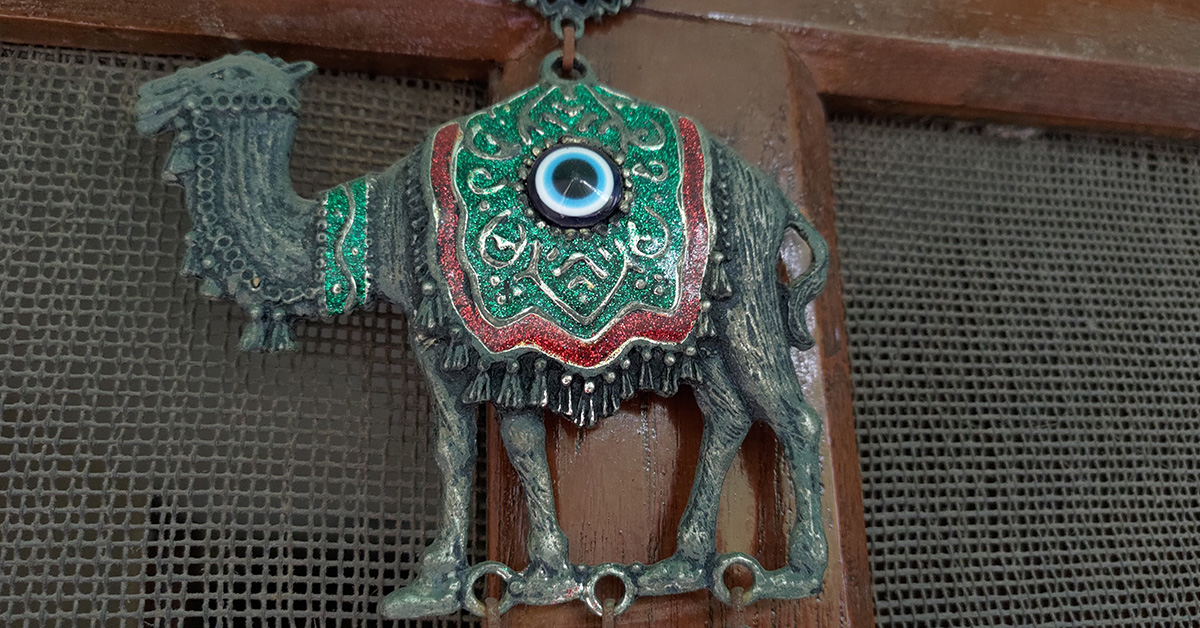 The next one is the 13MP ultrawide lens, which is okay-ish. It is there in case you need it, but all your primary work will be done by the 64MP one. The third sensor is a 5MP macro lens, which is quite good. We took close shots of food and plants from a few centimetres away and it delivered very good shots, just not in low light. Videos here can be recorded in 8K at 30 FPS, which are not the best so we moved it down to 4K at 60FPS and that was where we squeezed out realistic moving pictures.

On the front, users get a 24MP wide sensor which is good for basic selfie use. Remember, this is a gaming smartphone so do not expect the best shots to come from the front camera. Saying that, we did manage to get good shots in daylight. Again, at night the rear camera with the LED flash on will give you better results.

The company supplies the Asus ROG Phone 5s with two speakers with stereo sound. That is good if you watching a movie with a friend, but when gaming you would want to connect the 3.5mm wired earphones for the best results. For security, there is an in-display fingerprint sensor, which is not the best in class, but 7 out of 10 times will work.

All in all, Asus has rectified a lot of things in this version of the smartphone. There is a lot done and more to do. For example, Android 12 would have been better. Yet, if you are in the market looking for a good gaming smartphone under Rs 50,000, you can look at this option.

Price could have been lower

- Advertisment -
Asus usually brings out a new ROG phone in the mid of the year, however, this time they have brought out a new version or an upgraded version of sorts of the ROG Phone 5. There have been enhancements made and this is the...AadvikaAsus ROG Phone 5s review: For next-gen gaming