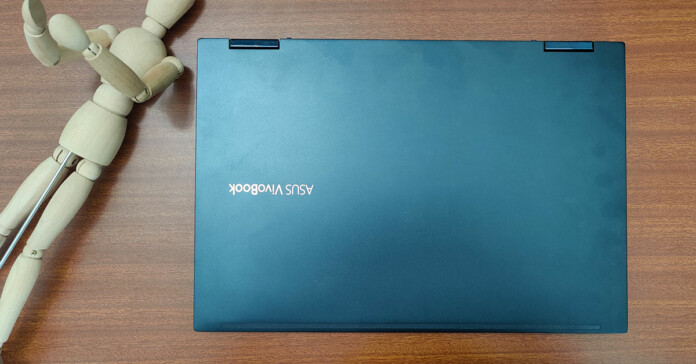 Each year Asus upgrades its Vivobook Flip series and this year too they have brought a new, more powerful version of the popular 360-degree swivelling notebook for premium-end users. We got to play around with the notebook, and this is the Asus Vivobook Flip 14 (2021) review you should not miss.

When it comes to the form factor of the Asus Vivobook Flip 14 it seems very similar to the previous generations. You can see similar bezels and a comparable keyboard. However, to add a bit of zing the company has added a yellow outline on the enter key. With that, you will see improvements along the function (FN) keys. The badging on the lid says Asus Vivobook in chrome and that too is a nice touch. 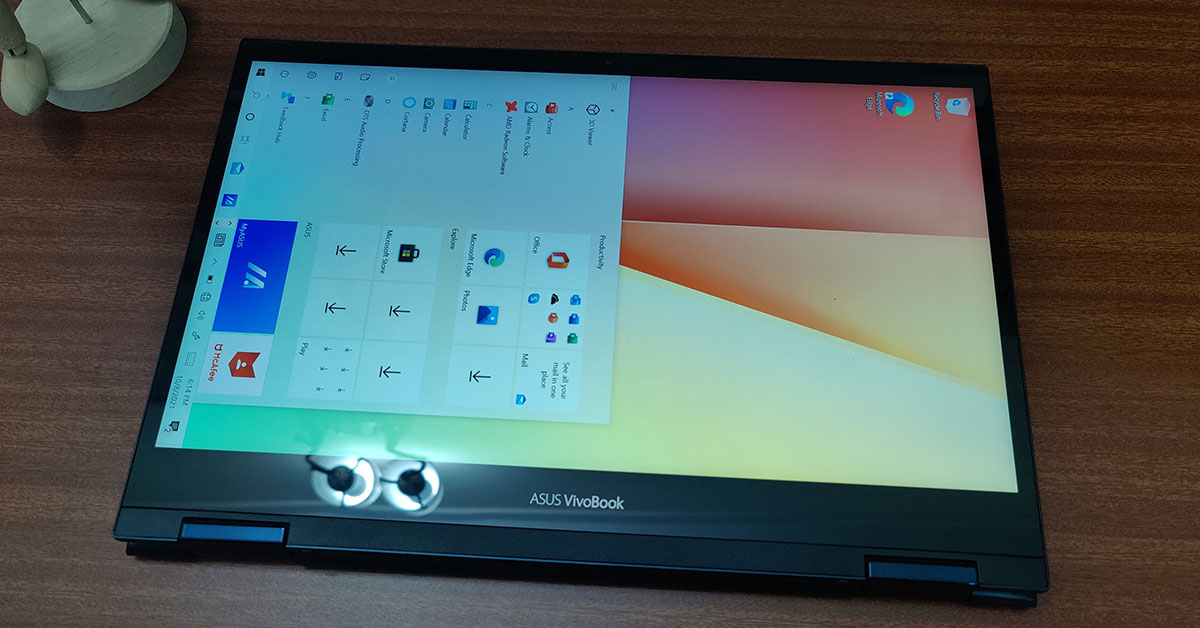 The 14-inch touch display can swivel all the way to the back and the laptop comes with a stylus (with two buttons) since it is a touchscreen. A magnet attachment is also part of the package to hold the stylus in place. The resolution of the screen is Full HD and screen to body ratio is 82%. It is a glossy screen, which can display brilliant colours and crisp text. We watched a few movies on it via Netflix and loved every bit of it. We edited a couple of images on Photoshop too and that experience was very good. The stylus does a wonderful job in case you create a lot of imagery on Adobe Illustrator. 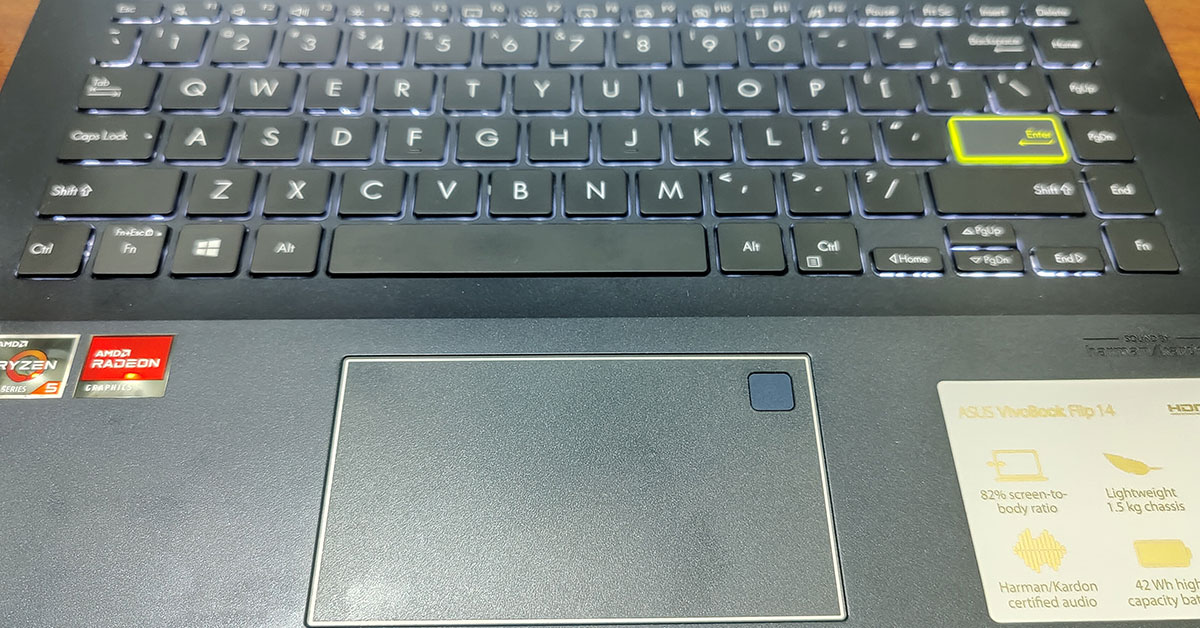 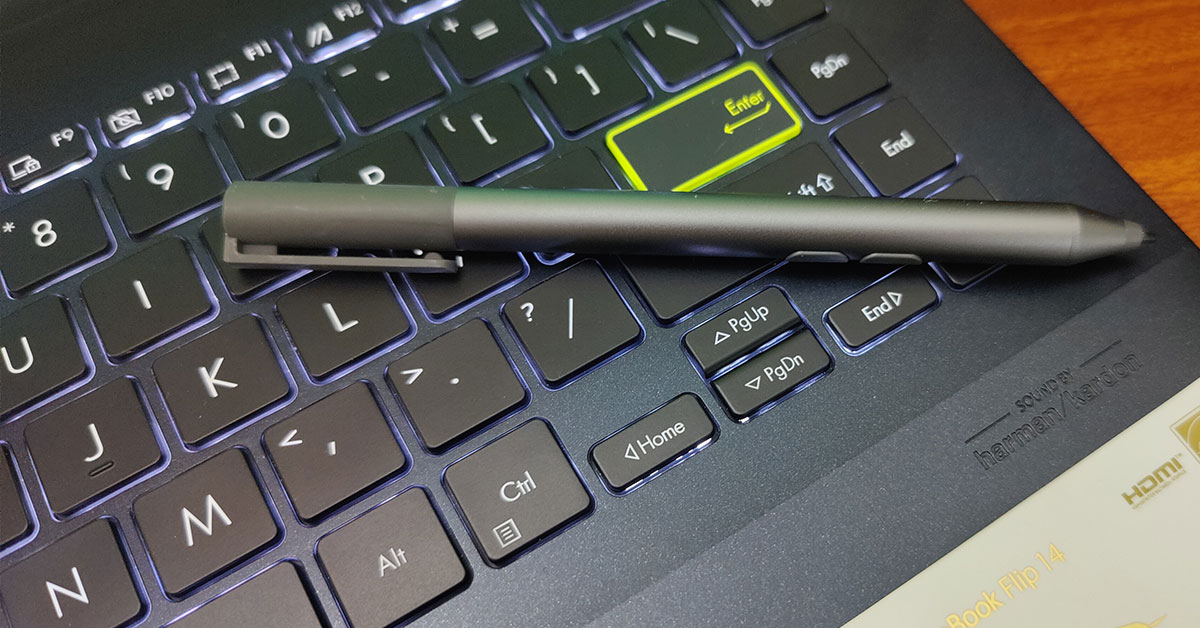 The trackpad on the Asus Vivobook Flip 14 has a fingerprint sensor on it, which is a good move, however, the trackpad is slightly small for our liking. As far as the ports are concerned the laptop has 2 USB ports, 1 USB Type-C, 3.5mm audio/MIC, HDMI, and microSD card slot. The power button is also positioned along with the other ports on the right side. Overall, the notebook has a sturdy feel to it with strong hinges and good plastics, dressed in midnight blue colour. 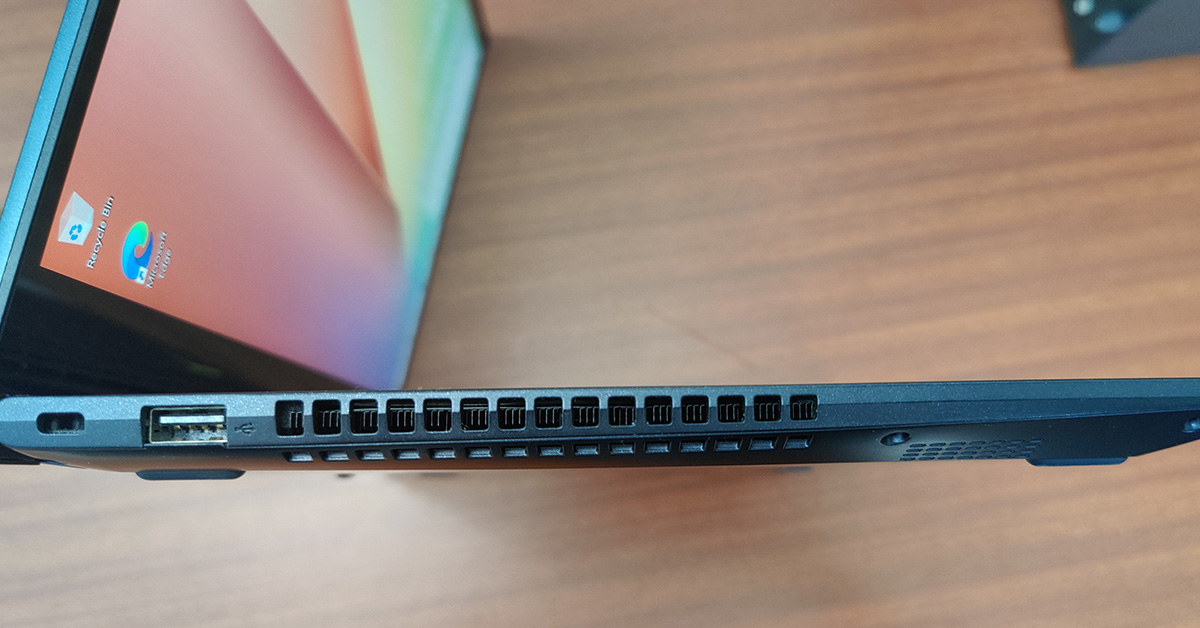 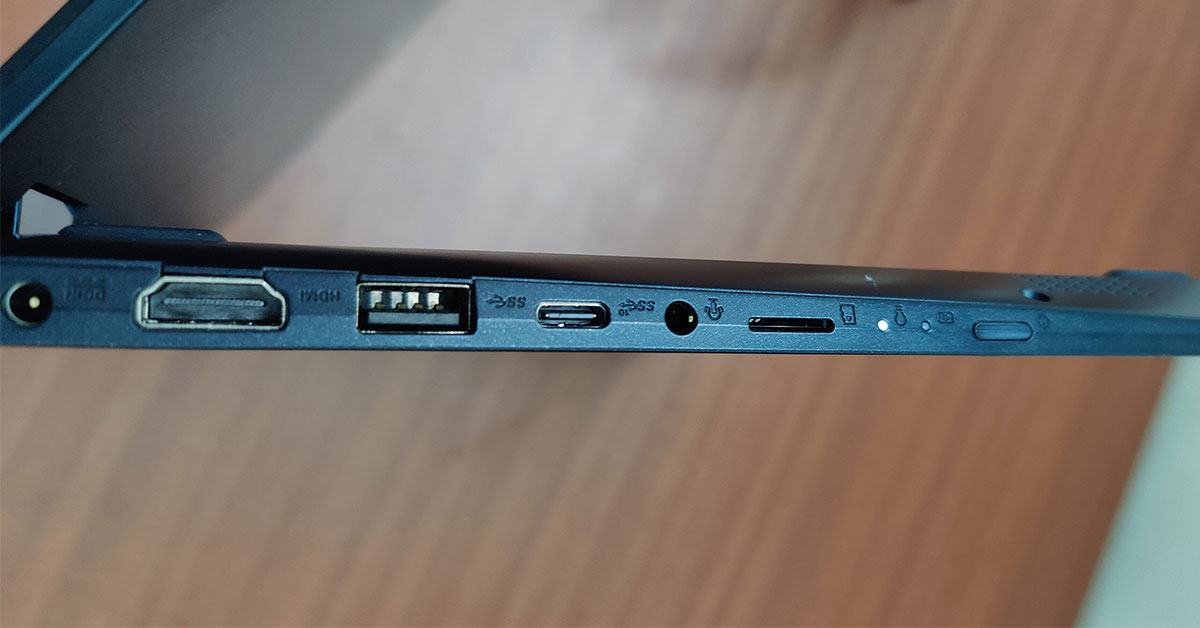 Inside the solid exterior Asus Vivobook Flip 14 has a lot of firepower. The notebook is powered by AMD Ryzen 5000 series CPU (5500U), which is 20-25% faster than the previous gen. As a result, Windows OS boots faster, software open quickly, and you can get the job done swiftly. The 6-Core CPU has a max clock speed of 2.1GHz and is supported by 8GB RAM and 512GB of NVMe PCIe 3.0 SSD storage. Graphics are provided by AMD Radeon onboard display adaptor. 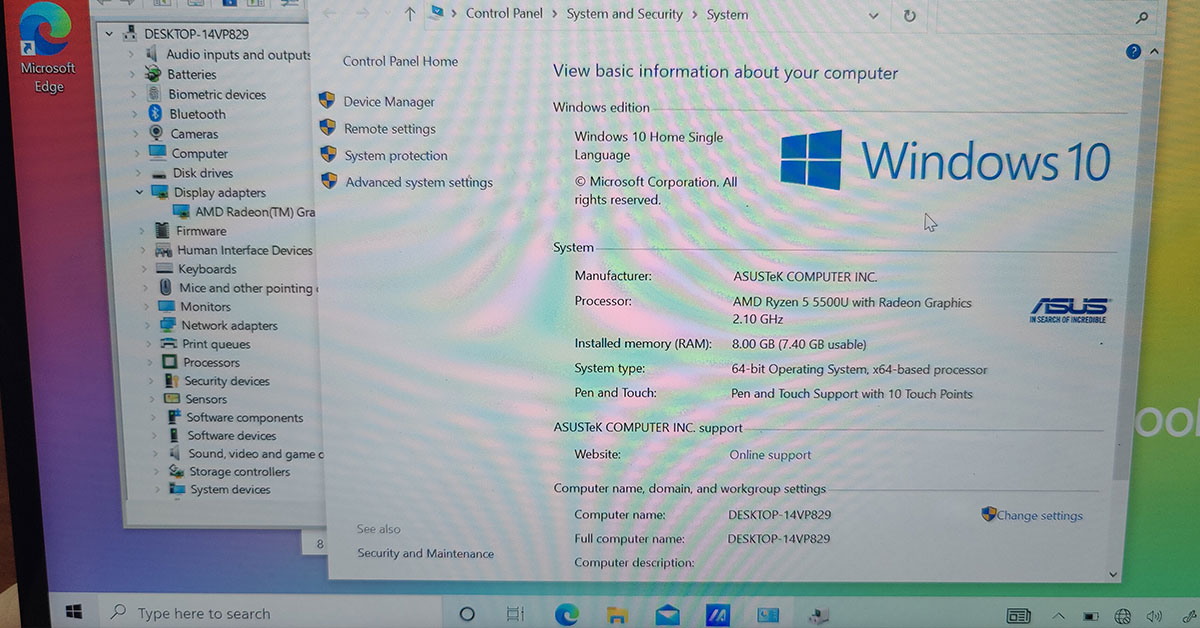 On our tests, the notebook hardly flickered. It can handle your daily task along with games such as PUBG (at medium settings) at 60fps just fine. However, since this is more of a work cum play machine, Asus has put in Windows 10 Home in it. We were hoping to get Windows 10 Pro in this machine. Users will be allowed to upgrade to Windows 11 when it rolls out fully, but that to will be the Home edition. There was a little bit of bloatware found in the OS, but thankfully all of it can be removed. Users also get a trial of McAfee anti-virus and Microsoft Office 2019 apps on it.

The keyboard of the Asus Vivobook Flip 14 is backlit and very good to work with. The laptop also excels in the sound department as the speakers are tuned by Harman Kardon. There is no ethernet port in the device, but it does support the super-fast Wi-Fi 6 technique, so internet connectivity was never an issue. Zoom calls went well as the cam on the Asus Vivobook Flip 14 is HD ready and multiple MICs on the lappy made sure the other side heard us clearly. There is a special performance mode built into this laptop. Just hit Fn+F when you need that speed burst to kick in.

All in all, compared to some of the competing machines, the Asus Vivobook Flip 14 is right up there in terms of performance. Some might feel the AMD chip is underpowered, but in our tests, we did not feel it underperforming in any way.

The weight of the Asus Vivobook Flip 14 is just 1.5Kg making it extremely portable. But does the small 18.2mm bezel mean it will heat up? Well, 90% of the time it did not heat up. It is only when we were playing PUBG for long it became a little warm, but the fan inside kept the heat bearable. The charger, fast charges the battery of Asus Vivobook Flip 14 to 60% in under 50 minutes.

The battery life of this portable PC is also very good. We extracted over 7.5 hours of battery under nominal use. The price at which you can get the notebook is Rs 60,000 – Rs 64,000 depending upon the city you live in. For the price, this is a rocking piece of machine to own. If you are a creator, like to illustrate or just want a light machine that looks good and performs well, you can go for this without a doubt.

Trackpad is a bit small

- Advertisment -
Each year Asus upgrades its Vivobook Flip series and this year too they have brought a new, more powerful version of the popular 360-degree swivelling notebook for premium-end users. We got to play around with the notebook, and this is the Asus Vivobook Flip...Asus Vivobook Flip 14 (2021) review: 360 degree performance