Both the laptops come at a mid-range price segment and offer good specifications. 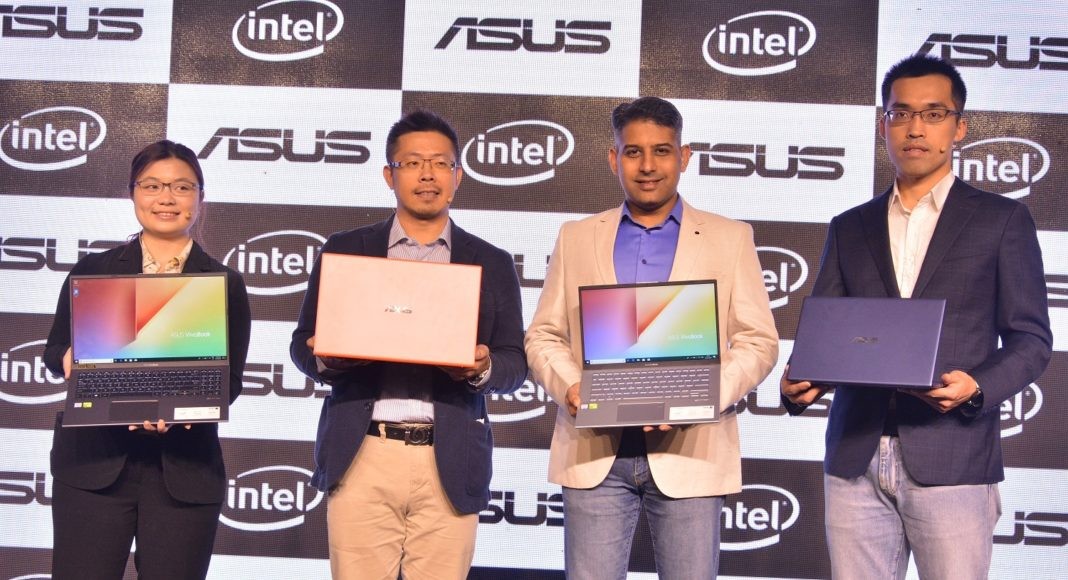 Taiwanese technology company Asus has launched two of its new laptops in India – VivoBook 14 and VivoBook 15. As their name suggests, one of them comes with 14-inch display while the other with 15-inch display size. They both are light in weight and are powered by Intel 9th Gen ‘Whiskey Lake’ CPUs and NVIDIA GPUs. Here are the price details and specifications of both the Asus laptops:

Commenting on the launch, Arnold Su, Head of consumer notebooks and ROG business of ASUS India, said, “We are glad to introduce the new additions to VivoBook. Both X412 and X512 deliver on the brand’s promise of high performance and easy portability, crafted with perfection for today’s young and eclectic users that are always on the move and prefer finer pursuits in life. This launch also marks another run of successful collaboration with Flipkart and we are extremely proud to be associated with India’s leading online platform. We are affirmative that our users would appreciate the new offerings and look forward to an affirmative response.”

Asus VivoBook 14 comes with a 14-inch Full HD display with 5.7mm thin bezels. It is powered by a quad-core Intel Core i5-8265U CPU paired with an NVIDIA GeForce MX230 GPU with 2GB memory. As mentioned before, the Asus VivoBook 14 is light in weight as it weighs only 1.5 kgs. The Asus VivoBook 14 packs 8GB of DDR4 RAM upgradable to 16GB and its storage can be upgraded to 512GB of PCIe NVMe SSD. It packs a dual-cell 37Whr Lithium-ion polymer unit which according to Asus can deliver up to 10 hours of backup.

On the other hand, the Asus VivoBook 15 comes with a 15-inch Full HD resolution display with thin bezels and it weighs 1.6 kgs. The laptop is powered by a quad-core Intel Core i7-8565U CPU paired with an NVIDIA MX250 GPU with 2GB of dedicated video memory. It too comes with 8GB of DDR4 RAM upgradable to 16GB and its storage can be upgraded to 512GB PCIe NVMe SSD. The Asus VivoBook 15 too packs the same dual-cell 37Whr Lithium-ion polymer unit capable of giving up to 10 hours of backup on a single charge.

Both the laptops come with a hard drive upgrade kit, which includes a SATA connector, hard drive mounting caddy, and thermal paste. They both supports Bluetooth 4.2 and 802.11ac 2×2 Wi-Fi.

Other than that, both the Asus VivoBook 14 and Asus VivoBook 15 comes with ports such as USB-A 3.1, USB-A 2.0 (1 on VivoBook 14, two on VivoBook 15), USB-C 3.1, HDMI port, a 3.5mm audio jack along with a microSD card reader. Both laptops have the Asus’s ErgoLift hinge technology which lifts the keyboard to a 3-degree tilt in the direction of the user for easier typing. They also come with support fast charge technology which can charge the laptop to up to 60% in just 49 minutes.

Aman Singhhttps://www.gadgetbridge.com/
Aman Kumar Singh has a Masters in Journalism and Mass Communication. He is a journalist, a photographer, a writer, a gamer, a movie addict and has a love for reading (everything). It’s his love of reading that has brought him knowledge in various fields including technology and gadgets. Talking about which, he loves to tweak and play with gadgets, new and old. And when he finds time, if he finds time, he can be seen playing video games or taking a new gadget for a test run.
Facebook
Twitter
WhatsApp
Linkedin
ReddIt
Email
Previous articleAmitabh Bachchan’s official Twitter account hacked by a Turkish hacker group on Monday
Next articleThe first trailer for Square Enix’s Avengers game is out: Watch here