Xiaomi is also hosting its own Mi Super Sale on Mi.com. 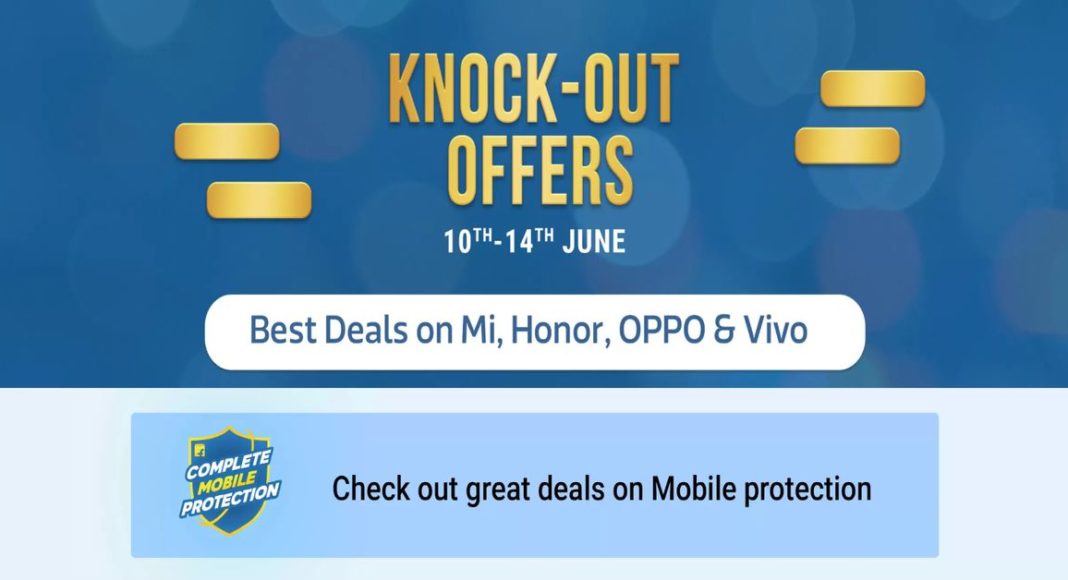 After Amazon, Flipkart is bringing its 2019 Knock-Out Offers sale which will start from today, June 10 and will go on till June 14. During this sale, Flipkart will be giving huge discounts and offers on a number of smartphones. There will also be exchange offer discounts on the purchase of select smartphones in the Knock-Out Offers sale. In addition to this, the e-commerce platform will be giving its customers no-cost EMI options starting at Rs 499 per month. Other than that, the customers can also get the Complete Mobile Protection Plan starting at Rs 99 during the sale. Some of the smartphones receiving discounts and other offers include Honor 9i, Honor 9N, Redmi Y2, Redmi 6 and Poco F1 to name a few. Separately, Mi.com is bringing its Mi Super Sale on its platform with offers and discounts on Xiaomi products.

Other than that, Mi A2 is selling for a starting price of Rs 10,999 instead of Rs 11,999 and the Poco F1 is selling for Rs 17,999 instead of its original pricing of Rs 20,999. As mentioned above, Xiaomi is also hosting its own sale named Mi Super Sale, and the pricing on the Xiaomi smartphones are similar to that of Flipkart’s pricing.

Aman Singhhttps://www.gadgetbridge.com/
Aman Kumar Singh has a Masters in Journalism and Mass Communication. He is a journalist, a photographer, a writer, a gamer, a movie addict and has a love for reading (everything). It’s his love of reading that has brought him knowledge in various fields including technology and gadgets. Talking about which, he loves to tweak and play with gadgets, new and old. And when he finds time, if he finds time, he can be seen playing video games or taking a new gadget for a test run.
Facebook
Twitter
WhatsApp
Linkedin
ReddIt
Email
Previous articleMotorola One Vision to come in India soon, teased by the company
Next articleAirtel upgrades 4G network in Delhi NCR with its LTE 900 Mhz spectrum