Google Nest Hub review: The assistant gets its own screen

Should Google Nest Hub be your next buy? 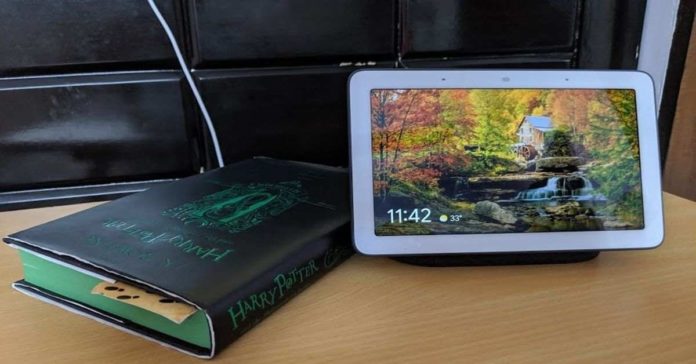 One can always count on Google for making our lives easy. Whether it is Maps or its Email service, the California-based technology giant always manages to add new features to its products and services that make day to day tasks simpler for users. So how could it miss out on its smart screen speaker? While Google Home and Google Home Mini were already powered by the company’s digital assistant, its Nest Hub comes with a touchscreen. Needless to say, that does make the product far more interactive and useful. We used the Google Nest Hub for a few days and here’s our review of the same:

Google has combined simplicity and style in its Nest Hub smart speaker’s design. The speaker has been made in a way that one would be comfortable to keep it at workplace environment as well as at home. Trust us when we say that it wouldn’t look out of place in either of the two setups. On the front, the smart speaker has a 7-inch LCD touchscreen display and at the back, its speakers are covered in Grey coloured fabric. If you look at it from a distance, the device may come across as a tablet that’s resting on a stand. It’s actually not very different from Amazon‘s Echo Show devices in terms of the design. 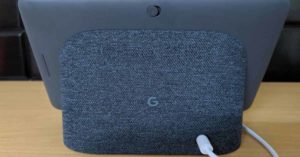 The screen of the Google Nest Hub also comes with a light sensor that adjusts the brightness of the display according to the ambient light. There are far field microphones on the device that enable Google’s digital assistant to listen to user’s commands. You also get a toggle switch to turn this off in case you are having a conversation that you don’t want the Google Assistant to listen. On the back panel of the smart speaker, you will find a port where you can connect the power cable. The volume rocker keys of the device are also located at the back.

We should mention that the Google Nest Hub does not come with a front facing camera. While for some, this is a downside as it means that the device cannot be used to make video calls, there will also be those who will appreciate the kind of focus the company has put on privacy of the user by doing this. You really don’t have to be worried about using the Nest Hub in places like your living room or bed room because of this.

Coming to the display of the Google Nest Hub smart speaker, we found it to be one among the pros of the device too. We have used the Amazon Echo Show (second generation) and Amazon Echo show 5 prior to using the Google Nest Hub. The size of the display of Google’s smart speaker lies somewhere in between the two and it provides a good viewing experience. We used the device to watch a number of videos on YouTube and we were happy with the results. The images projected on the screen were clear and sharp and the colours were accurate.

Besides this, one also gets an option to choose from various watch faces to project on the screen while the device is not in use. Users also have the option of having images from Google’s gallery being displayed on the screen. We should also mention that the screen of the device responds to touch well. There wasn’t a single time when we tried to navigate by selecting options on the screen and couldn’t. 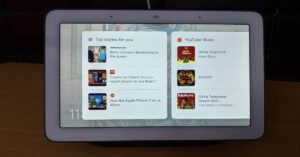 In a nutshell, we would say that the design and the display of the Google Nest Hub are both its plus points. It’s a compact device and it has a big enough screen for you to enjoy video content.

One of the key features of the Google Nest Hub is clearly the Google Assistant. The digital assistant by Google and the company’s large ecosystem of services makes the device extremely useful. Since most of us use at least a few services by Google on our smartphones, like Maps, YouTube, Gmail or even Assistant, the device is quick in curating cards for us based on our usual activity.

A great advantage that Google Nest Hub has over Amazon’s Echo Show devices is that Google’s ecosystem of services is way more vast than Amazon’s. Since most users already use a number of services from the company, it’s not necessary to sign up for new ones to make the most of the device. When we were using Amazon Echo Show 5, we were asked to sign up for plenty of Amazon’s services like Amazon Prime to perform certain actions. We did not encounter this in Google’s smart speaker, and this is definitely a plus. If you own an Android smartphone, you would have no trouble using the Nest Hub at all. It actually becomes an extension of everything you do on your phone and will offer more services.

One thing that we really liked about Google Nest Hub is that the digital assistant already recognised our voice and allowed us to add family members in the Google Home app. With this, no one else other than people who were registered could access Google Assistant. Needless to say, this added a layer of security to the data on the device. Another feature that we liked was Digital Wellbeing. After Android smartphones, the feature has now made its way to the Nest Hub too. After you set a particular time period in Downtime feature, Google Assistant on the smart speaker will not answer any of your queries. 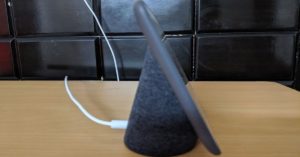 Coming back to the large ecosystem of the device, there are a number of activities that you will be able to perform seamlessly on the smart speaker. The device has integration with Google Photos, so you can ask the assistant to show you pictures from a particular day or a trip. There is Google Calendar, so you can update your entries using the smart speaker itself. The device also has Google Maps, so you can check for commute routes and time that you will take to reach your destination before you leave home. Google Nest Hub also has YouTube, so you can make full use of its display to watch content on it for hours.

Some other functions that can be performed on Google Nest Hub include:

There are many more besides these. That’s the reason that we are vouching for the fact everyone will find the Nest Hub to be of some use to them.

Last but not the least, even the sound output of the device is decent. While the quality remains good at normal volume, on the highest note, it does crack a bit. However, you wouldn’t need it to be that loud unless you want to play songs on it for a house party. For most other occasions, it is absolutely fine.

At a price of Rs 9,999 Google Nest Hub is one amongst the best smart speakers that you’ll find in the under Rs 10,000 category. The pros of the Google Nest Hub definitely outweigh its cons and everyone is bound to find it useful because of the number of services that it offers and the number of functions that it does. Consider it to be a one stop destination for all Google services coupled with a great display. However, the only downside is that you cannot make video calls using the device, but then, on the upside, the same has not been added to enhance privacy.

- Advertisment -
One can always count on Google for making our lives easy. Whether it is Maps or its Email service, the California-based technology giant always manages to add new features to its products and services that make day to day tasks simpler for users. So...Google Nest Hub review: The assistant gets its own screen