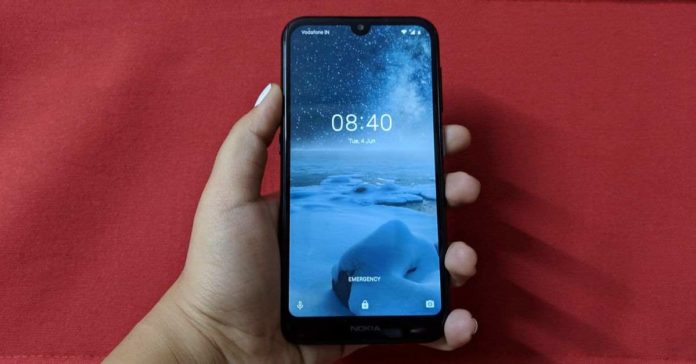 HMD Global recently launched its Nokia 4.2 smartphone in India that is priced at Rs 10,977. At this price point, the smartphone competes with a number of other smartphones from the likes of Samsung, Asus and Xiaomi. But can it match up to them in terms of performance? Read our review of Nokia 4.2 to find out more:

Design is one of the best aspects of the Nokia 4.2, even though it may remind you a bit of Nokia 6.1 Plus and Nokia 5.1 Plus. If you like your smartphone to have a subtle and minimalistic design, then Nokia 4.2 is something that you will like. However, if you like something chunkier, then you may not be able to appreciate the design of Nokia 4.2. While the device is available in Gloss Pink and Black colour variants, the one that we got for review is dressed in Black. The front, as well as the back panel of the smartphone, is coated with 2.5D glass, making the handset’s design and look premium.

On the rear panel of the smartphone, there is a vertically stacked camera module that comes with two sensors and an LED flash. Beneath this module, a fingerprint scanner is placed and the Nokia branding can also be found here. 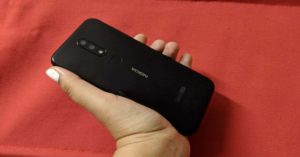 The compact form factor of the Nokia 4.2 smartphone ensures that the one-handed usage is no problem at all on the device. The built quality of the smartphone is also very sturdy, so that is another plus.

Among the key highlights of the smartphone is its dedicated Google Assistant button that is placed on the left edge along with a SIM tray slot. While it is a useful addition for anyone who uses the assistant a lot, it cannot be remapped. Another thing that the company had touted is that there is an LED light on the power button of the smartphone. The button lights up each time the handset receives a notification. The power button and the volume rocker keys are present on the right edge. The top edge of the device comes with a 3.5mm headphone jack and a secondary microphone. While at the bottom users will find a microUSB port, a speaker and the primary microphone.

Overall, the look and feel of the Nokia 4.2 smartphone is first-class and it is one among the best-looking devices in the given price segment.

Coming to the display, Nokia 4.2 smartphone comes with a 5.71-inch HD+ screen. The display was a decent one. The colours appear to be accurate, although the viewing angles of the handset could have been better. The images and text appeared to be sharp and clear. The sunlight readability was sometimes problematic, but if you turn the brightness up, it becomes better. 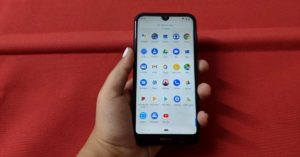 Saying that we definitely have seen much better displays in this price range. The screen of the smartphone performed averagely most of the time and failed to create a mark even though there is nothing too wrong in it. Samsung Galaxy M10 and Galaxy M20, which fall in the same price bracket, offer much better displays than Nokia 4.2.

For imaging duties, the smartphone features a dual rear camera setup with 13MP and 2MP sensors. For selfies and video calls, there is an 8MP front-facing camera. The smartphone houses a 3,000mAh battery.

Speaking of the software, Nokia 4.2 is a part of Google’s Android One programme, much like all other Nokia devices by the company, and as said runs Android 9.0 Pie. You will get features like Digital Wellbeing, Adaptive Battery and Adaptive Brightness in the handset. The device is also promised to get Android Q and Android R updates. 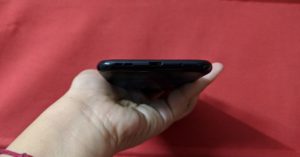 Coming to the performance of the device, the Snapdragon 439 SoC performs basic and everyday tasks with ease. But don’t burden it with too much of multitasking. For instance, we did not see the best performance from the device when we tried watching videos on it while the navigation was on. The smartphone also started heating up each time we tried to multi-task on it.

Gaming was a similar experience. Playing games like Alto’s Odyssey was not a problem on the device, but we have seen other smartphones perform better when it comes to games like PUBG Mobile and Asphalt 9: Legends. If you are a regular gamer who plays graphically demanding games on smartphones, probably you can consider some other option.

The call quality of the Nokia 4.2 was good. We faced no problems while making calls even from areas like basements and elevators and could listen to the person we were talking to at all times. 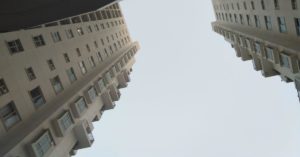 Coming to the cameras, we found the sensors on Nokia 4.2 to do a decent job. The images taken during the day did have accurate colours and were bright. However, the images lacked a certain sharpness. But then, we have to say that the images taken outdoors looked much better than the ones taken indoors. The zoomed-in shots were not the best in class but decent. 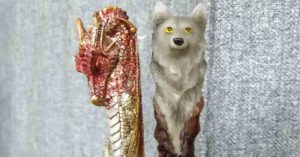 But what was actually unsatisfactory were the shots taken at night. They turned out to be grainy and lacked clarity. The front camera mostly worked decently and it did not add the unnatural looking beauty features, which is something we are completely fine with. 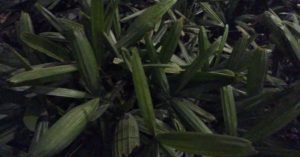 Nokia 4.2 smartphone has a 3,000mAh battery that will last you a day with moderate usage. We used the smartphone for calls, watching YouTube videos, navigation, listening to music and browsing the web and we often had to charge it by the end of the day. We suggest having the lite version of social media apps on the handset for best battery use.

Nokia 4.2 excels in the design department and it a part of Google’s Android One programme, which means that it will get timely updates. The Google Assistant button and the notification light on the smartphone are also plus points.

However, this is a competitive price point and Samsung Galaxy M10, which is similarly priced, did far better in terms of cameras, multitasking and battery. If these are a priority for you, you would be happier with Samsung Galaxy M10.

However, if you want a stock Android experience and a good-looking smartphone with a glass body, then Nokia 4.2 at Rs 10, 977 is not a bad buy. If you are someone who doesn’t use a smartphone too heavily and only need it for basic things, Nokia 4.2 wouldn’t disappoint you at all.

- Advertisment -
HMD Global recently launched its Nokia 4.2 smartphone in India that is priced at Rs 10,977. At this price point, the smartphone competes with a number of other smartphones from the likes of Samsung, Asus and Xiaomi. But can it match up to them...Nokia 4.2 review: Good for basic tasks