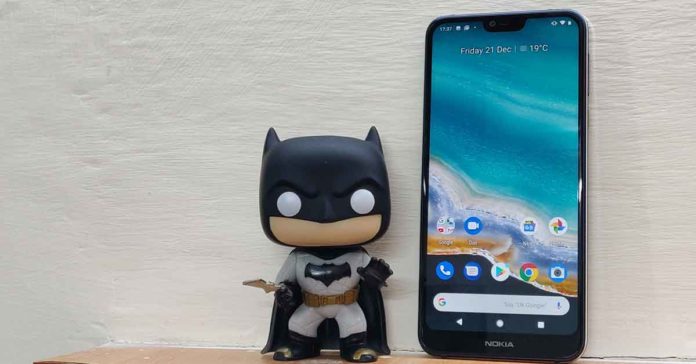 What a comeback it has been for Nokia. Now the HMD Global owned brand, Nokia is on the rise again. For almost half a decade the company was down and out, being kicked around from post to post. Now they have regained the lost limelight and are running towards glory. If you ask us, 2018 was the year of Nokia smartphones. They have launched exceptional smart mobiles throughout the year. And they left the best for last. The Nokia 7.1 is what they launched in the final month of 2018 and we got it over for a review. We tested it extensively and this what we found out about the too-hot-to-handle device.

You get to see something new in the Nokia 7.1. Instead of the usual curved back design, this smartphone has a very nice sophisticated design. It is like a block and does remind us of the iPhone 5S. This form is refreshing to see, in a sea of mobiles that are very similar to look at. Nokia 7.1 sports a 5.84-inch FHD+ IPS display with a screen to body ratio of 79.9 percent. Which makes a lot of room in the chin area for the Nokia branding to be displayed. The notch on the top is quite small, holds sensors and the speaker grille along with the front facing camera. 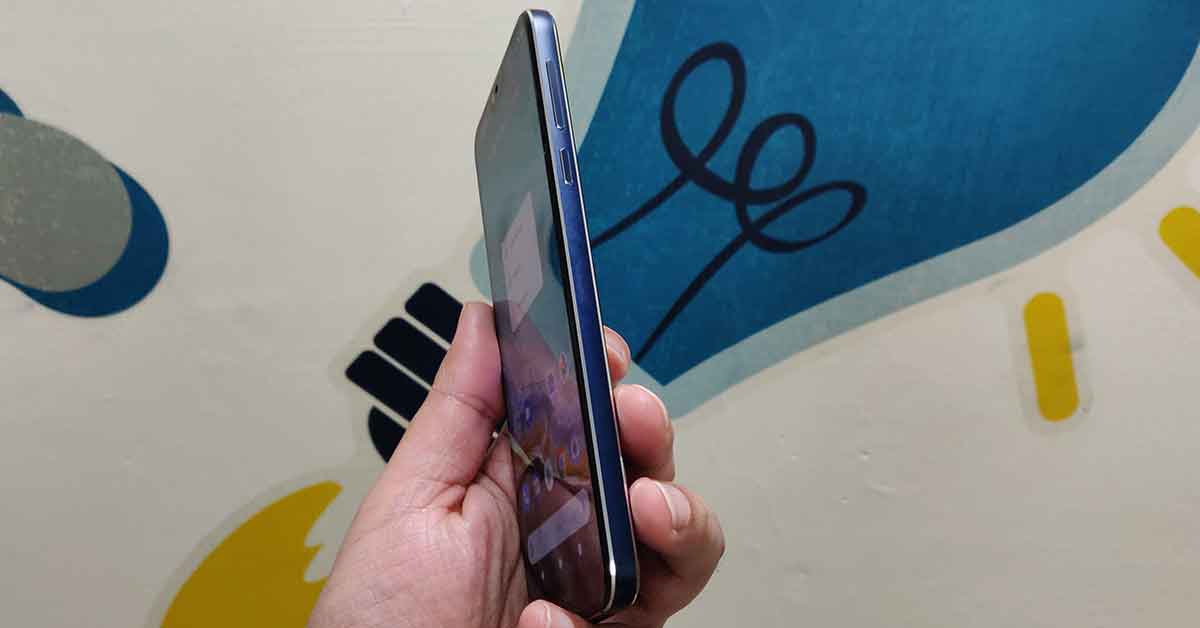 Dressed in navy blue with silver chamfers on the sides, which the company says are diamond cut, the Nokia 7.1 is built of metal and glass materials. Both the front and back sport toughened glass, set on an aluminum finish. These are fingerprint attractors, but do make the smartphone look premium. The thin blocky design is great to hold and is perfect for one hand usage. The power and volume rocker buttons set on the right side are well within reach. The 3.5mm audio port and the second microphone can be found on the top side of the Nokia 7.1, while the hybrid SIM tray is placed on the left side. The SIM tray can hold two nano SIMs or one nano SIM plus the microSD card of up to 400GB. 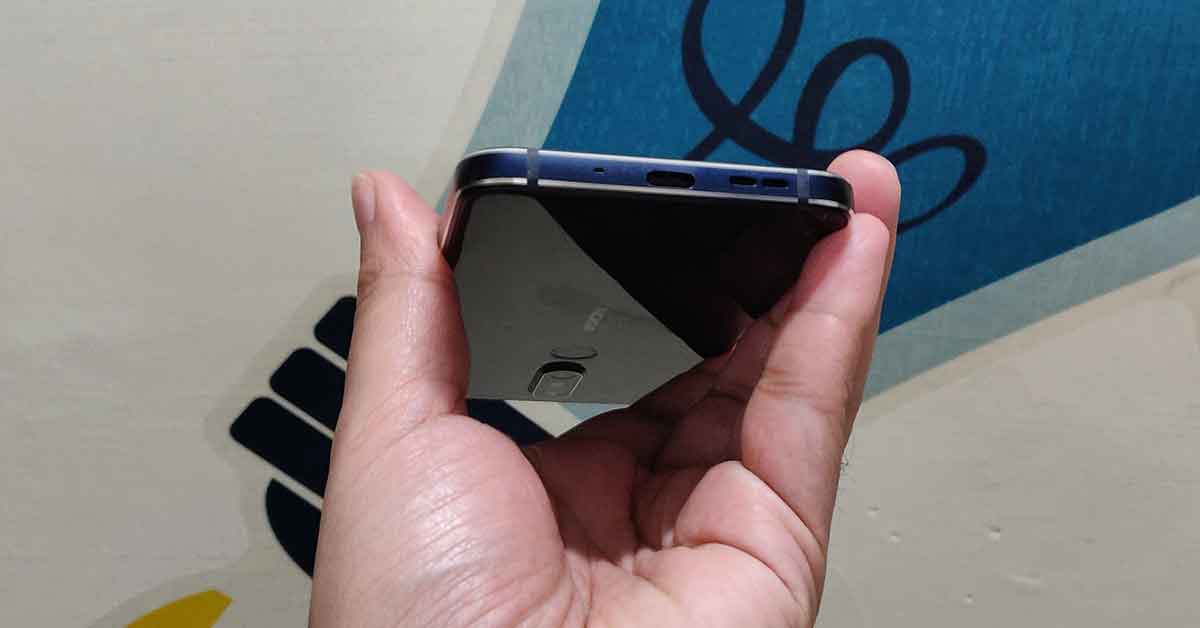 The bottom part of the chassis has the primary microphone, USB type-C charging port as well as the mono loudspeaker. Turn the Nokia 7.1 around and you are greeted by the vertically placed cameras and a LED flash bump. Underneath that is a well-placed fingerprint sensor and the Nokia branding. The Android One logo also makes and appearance at the back and if you look closely under that, you could see that the smartphone is made in India.

Coming to the Display of the Nokia 7.1 we loved every bit of it. Yes, it is not the phablet size and is couple of notches smaller, but that does not mean it does not perform well. We give Nokia full marks in the display department. Everything from sunlight readability to indoor viewing is top notch. The text is crisp and one can clearly see great details on-screen. This has also has been made possible because the smartphone utilizes 432 pixel per inch density and supports HDR10 PureDisplay.

We ran HD videos on it and the screen did not disappoint at all. There was almost no ghosting effect and we were quite happy with what we saw. The video experience on this smartphone was quite good, we loved the HD movies on it and the loud speaker did perfect justice to it. Gaming experience on the display was vibrant, too. All in all, the display is one of the strongest points of the Nokia 7.1, after its design.

The year 2018 has brought Nokia out of the hiding and they are proudly partnering with best chipset manufacturers. Their phones have the latest best in each price segment and Nokia 7.1 is no different. This smartphone holds the Qualcomm Snapdragon 636 chipset inside with a 1.8GHz Octa-core CPU on it. Graphics are powered by Adreno 509 and are good for entry to mid-level games. Anything above that, the phone starts to show signs of lag here and there. But, that does not mean you cannot play games like PUBG on it. The experience is quite nice thanks to the 4GB RAM on board this device. However, you might miss a shot or two while playing the game on this configuration.

For storage Nokia 7.1 comes with 64GB inbuilt memory module that is good to begin with. If you are one of serial downloaders who loves to download and keep on the phone’s storage, then you will run out of it soon. Thankfully this smartphone can, as we said before, accommodate large microSD cards. Just keep one installed, if you own a single SIM and you will be all right.

The operating system on the Nokia 7.1 is Android 9 Pie. It first came with Android 8.1 but as soon as we connected it to the Internet it upgraded over the air to the latest one. The Interface is slick and has no bloatware, since it is built on the Android One platform. This gives its user a smooth native Android experience with no drivel skins on top. The touch sensitive display buttons at the bottom work well and the app drawers is smooth to operate. One can easily roll down the top shortcuts screen and there is negligible lag in multi-tasking.

Talking about which, the Nokia 7.1 does not get hot at all. Even when you have multiple applications open or are using GPS navigation. Yes, it does get warm at times when playing graphic intensive games, but nothing that will make you place the phone in an ice bucket to cool it down. The audio reception on this smart is pretty neat and it supports 4G LTE. We used it on the reliance JIO network, since both Vodafone and Airtel are shoddy in New Delhi, and we could hear everything clearly, even when we were in a basement. WiFi bands 802.11 a/b/g/n/ac are supported, which made us get 150 MBPS speeds via our router with ease.

Thanks to which everything ran smoothly. Websites opened in a jiffy without lag along with apps and games that need an internet connection to boot up. The fingerprint on this mobile is easy to reach and does the job nicely on most counts. We faced almost no problem with it. Coming to the cameras of the Nokia 7.1, this smartphone sports a dual camera array at the back. This comprises of 12MP plus 5MP sensors (partnered with Zeiss optics) with f/1.8 and f/2.4 aperture size respectively. 4K videos can also be recorded on the rear camera. The front snapper has an 8MP sensor supporting an aperture size of f/2.0. 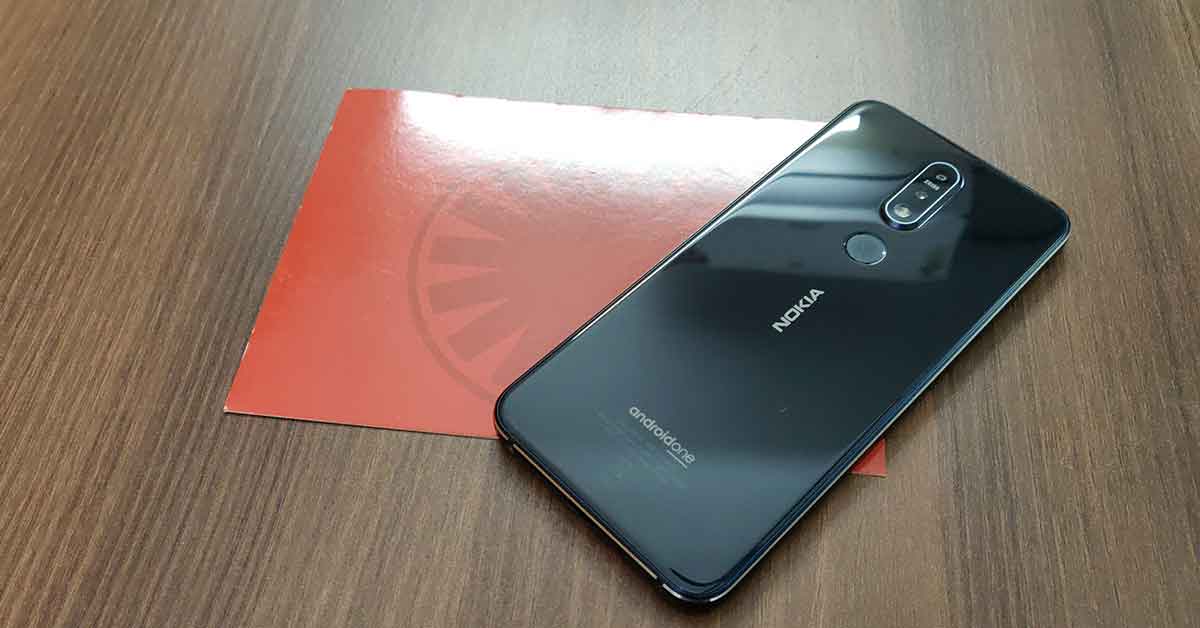 We had a gala time with the cameras. The colours are vibrant and the objects are sharp. The depth effect works exceptionally well and we faced very less shutter lag on them. Macro shots came out really well. Night shots on the other hand with the LED flash were good, but without it lost a lot of details. There are plenty of camera modes on the Nokia 7.1 including a pro mode that gives you additional abilities to manage your shots. As we tested it further, it became our go to mode for each and any type of shots. 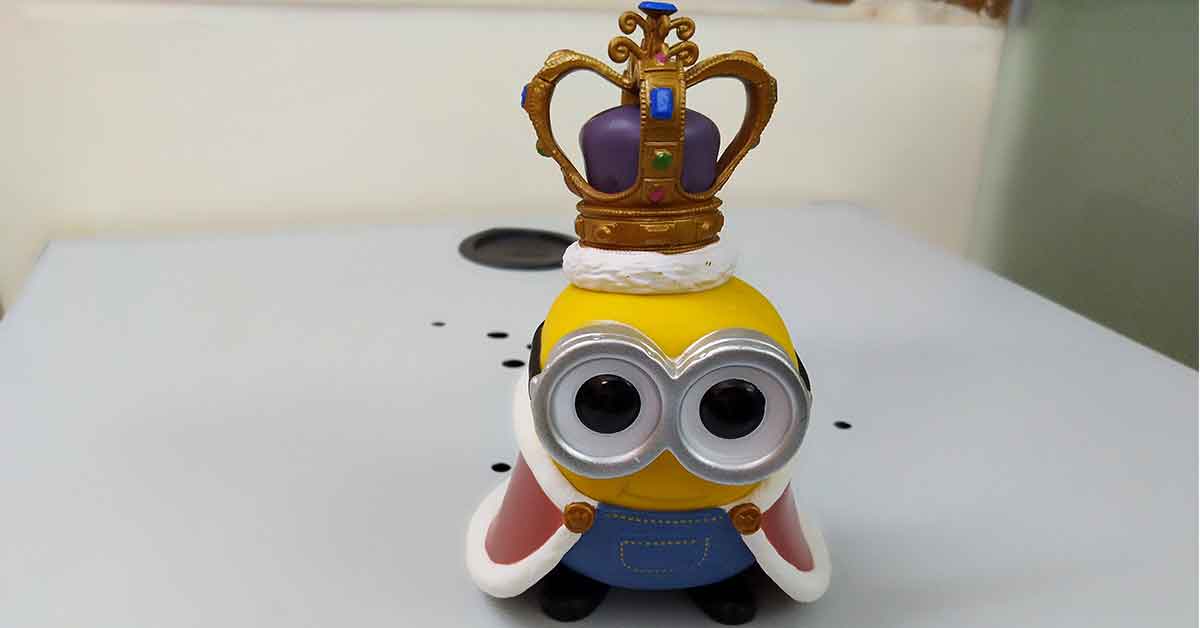 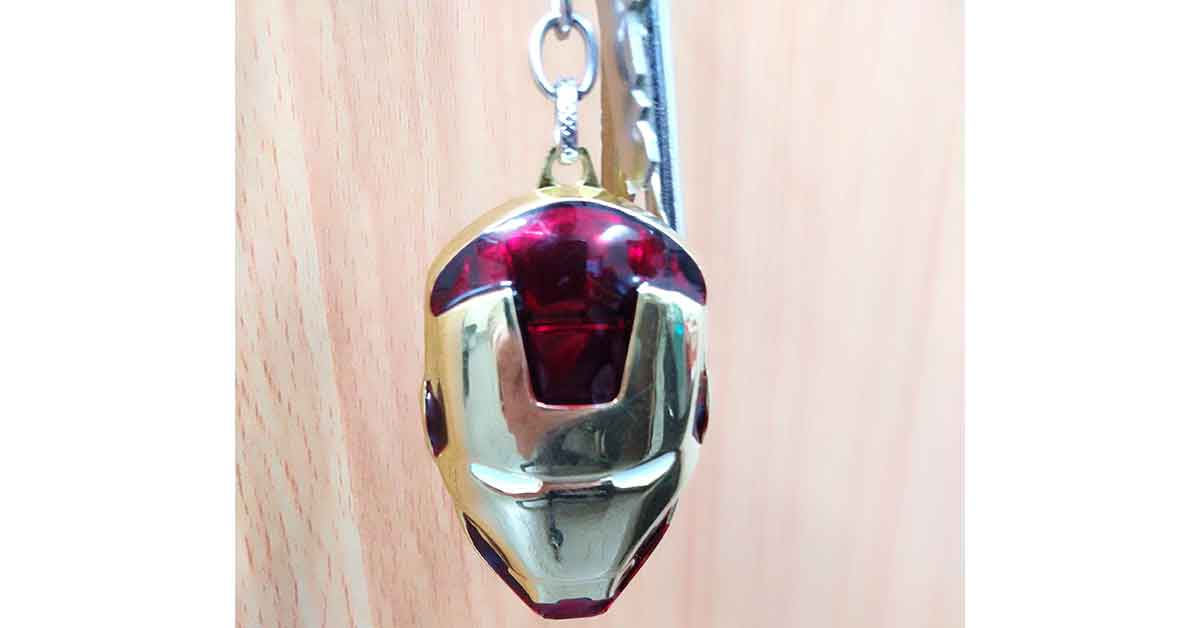 The selfie camera also has the pro mode, which works well and comes with the beauty shot. The beauty shot does manage to do the job, but we have seen better ones in some of its competitors. But that is not a deal breaker, as overall the cameras do a wonderful job. Like we said before, the rear cameras can record videos in 4K at 30fps and they come out to be really close to life. Be careful these do consume a lot of space, so keeping them on the added storage is always a good idea.

The Nokia 7.1 is powered by a 3,060 mAh battery that at first seems less, however to or amazement lasted for more than a day. And our day included a lot of phone calls over 4G with WiFi on and numerous Whatsapp message exchanges. We played an hour or two of games on it as well and used GPS for an hour. And yet the phone had 20% battery left by the end of our day. 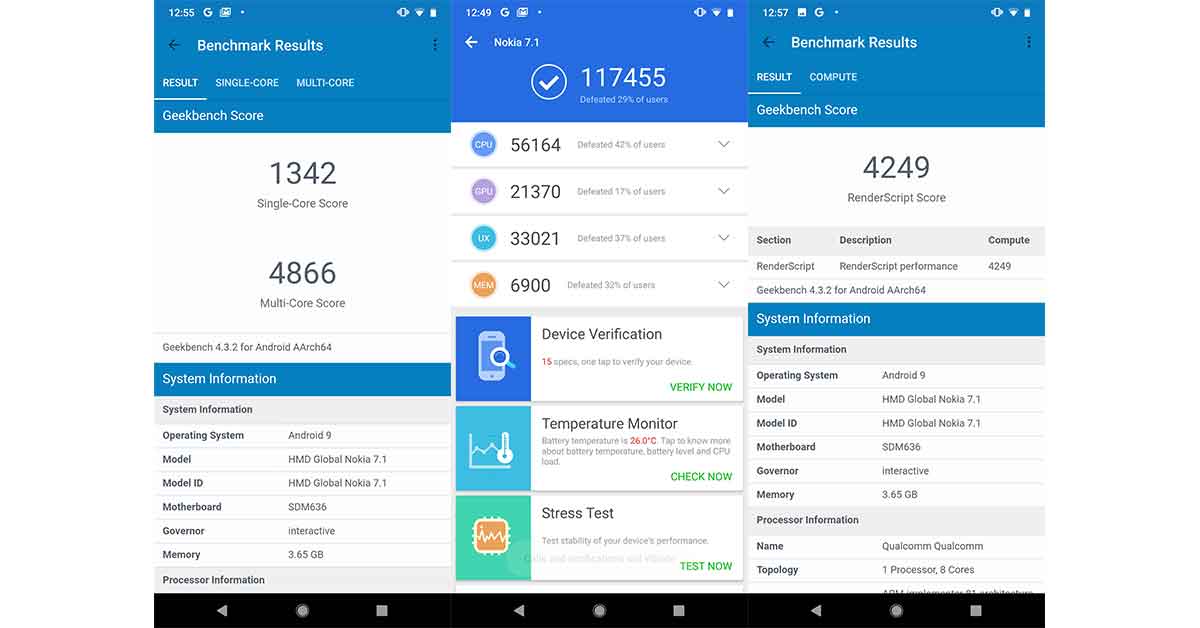 We ran couple of benchmarks on the device and it did fairly well for a mid-range device. The Nokia 7.1 scored 1,17,455 on AnTuTu, 4,249 marks on Geekbench’s compute test and 1,342 points on single core Geekbench CPU test. It also managed to get 4,866 points on Geekbench’s multi-core CPU test.

The Nokia 7.1 is priced at Rs 19,999, but can be picked up for few hundreds less from places like Amazon. So, does it justify the price? Yes, absolutely. If you are in search of a mid-range smartphone that has great looks, good battery life, exceptional cameras and display then you can go for it without a doubt. This smartphone is bound to get you that second look. So we are putting it out there, Nokia 7.1 is a showstopper.

- Advertisment -
What a comeback it has been for Nokia. Now the HMD Global owned brand, Nokia is on the rise again. For almost half a decade the company was down and out, being kicked around from post to post. Now they have regained the lost...Sulabh PuriNokia 7.1 Review: Jaw dropping beauty with exceptional performance