HomeReviewsNokia 8 Sirocco Review: A smartphone that packs both beauty and brains

Nokia 8 Sirocco Review: A smartphone that packs both beauty and brains 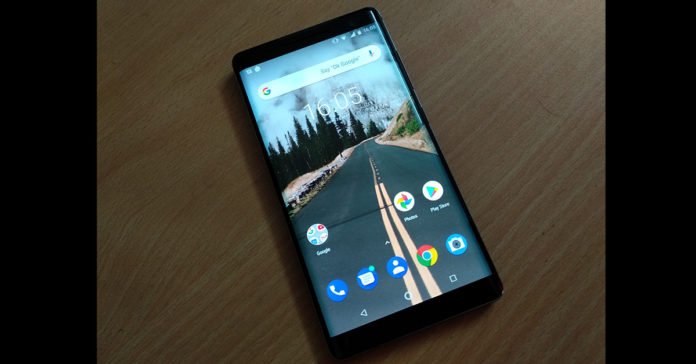 Probably everyone who has used a Nokia device in the past wants to get their hands on HMD Global’s line-up of smartphones for this year. We, of course, weren’t an exception. With Nokia 8 Sirocco, Nokia 7 Plus, a new version of Nokia 6 and the 4G avatar of the Matrix phone – Nokia 8110 4G – HMD Global has kept the excitement in Nokia fans up. HMD Global’s leading high-end smartphone for the year is Nokia 8 Sirocco – which is a special edition of last year’s Nokia 8. It is part of Google’s Android One programme, which promises users swift, regular updates. Being the flagship, it has top end specifications and is priced at Rs 49,999. HMD Global once again played the nostalgia card by naming it Nokia 8 Sirocco, making it sound like Nokia 8800 Sirocco.

We spent a few days with the smartphone to find out if it’s just good on paper or whether it’s really worth all that money. Read the rest of our review to know what we think:

We’ll start by talking about the design of the device. Simply put, Nokia 8 Sirocco is a stunner. With its rear panel made of glass and trimmed down bezels, Nokia’s flagship smartphone looks premium. The smartphone has a body made of stainless steel and is protected by Corning Gorilla Glass 5 on both rear and front panels. The black, glossy body of Nokia 8 Sirocco is as thin as 7.5mm – something that makes it look very sleek. On the side panels, you can also see the thin lines of the stainless steel used in the smartphone – but it’s not a downside as it looks really good with the black body. Even though the side panels of the smartphone are very thin, they don’t hamper the comfort in daily usage. If you like smartphones that have a minimalistic design, then Nokia 8 Sirocco is definitely a choice you can consider. 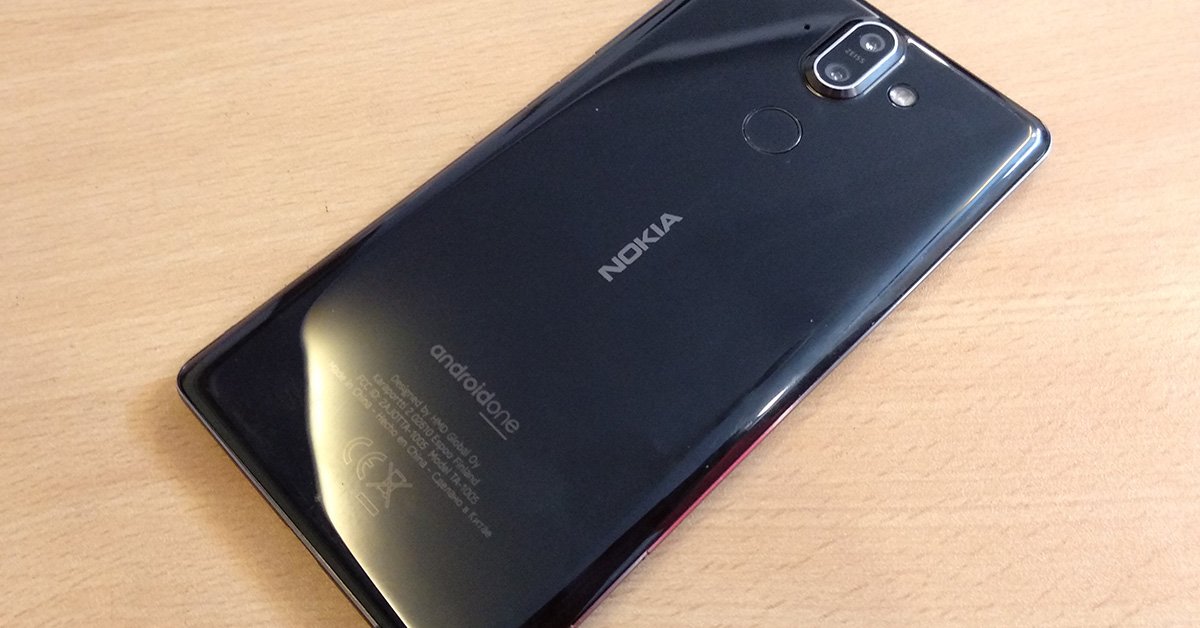 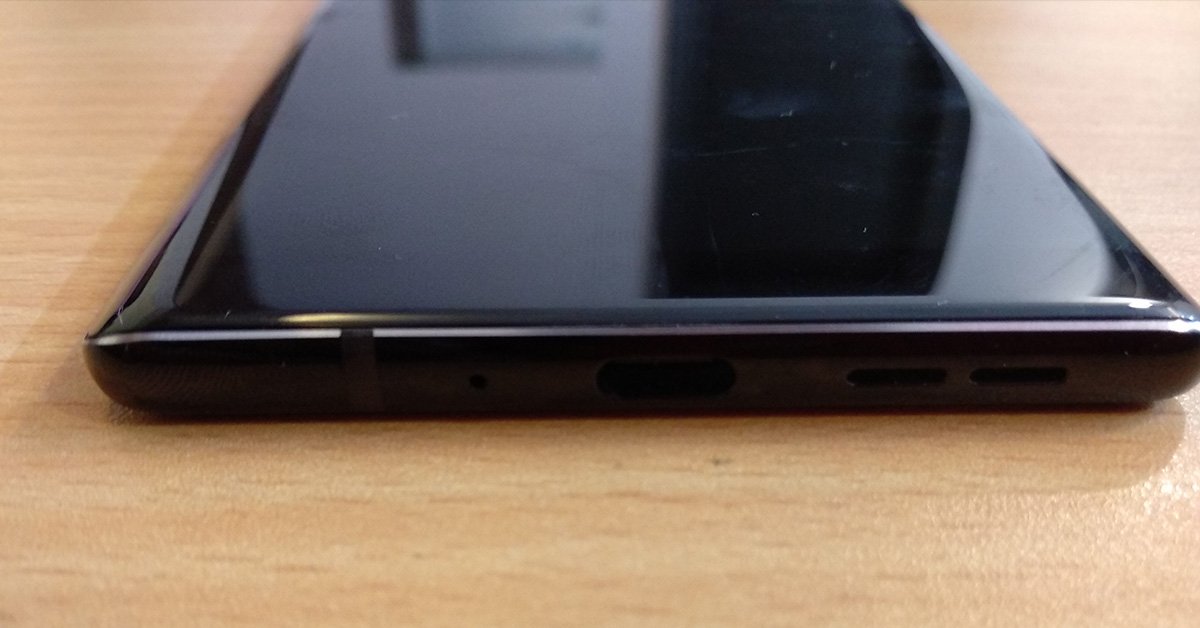 To sum it up in a single sentence, Nokia 8 Sirocco looks simply exquisite and has a very unconventional and minimalistic design.

Speaking of the display of the smartphone, it is simply a treat to the eyes. We really appreciate flagship smartphones that come without the iPhone X-like notch on their display, and have something different to offer. And Nokia 8 Sirocco is just that. Without going bezel-less, the smartphone’s display looks fairly spacious because of being curved at the edges. We couldn’t stop watching YouTube videos on a binge because they are simply a visual treat on Nokia 8 Sirocco’s display. The colours projected on the display are vibrant and the images appeared very sharp and clear.  The display of the smartphone did impressively well under the sunlight too. The content continued to look sharp and clear even when we viewed it directly under the sunlight.

There was only one thing that is not so perfect about the display experience of the smartphone. Since Nokia 8 Sirocco comes with a curved display, the light somewhat refracts and forms two blue coloured bands on both the edges. These are particularly visible on white or light coloured backgrounds.  Although we got used to it, it is the only thing that stops us from calling the display of Nokia 8 Sirocco perfect.

Before we start talking about the performance of Nokia 8 Sirocco, we’ll take a minute to speak about the device’s specifications. Powered by 1.9GHz octa-core Qualcomm Snapdragon 835 processor paired with 6GB of RAM, the smartphone offers 128GB of internal storage, and does not have a slot for microSD card. For imaging duties, the Nokia 8 Sirocco sports a dual rear camera with 12MP and 13MP sensors and a 5MP selfie camera. The smartphone runs Android 8.1 and houses a 3,260mAh non removable battery. The phone is also IP67 rated which makes it dust and water resistant.

Although it was a little disappointing to see that even though Nokia 8 Sirocco is HMD Global’s flagship, it was not powered by Qualcomm’s latest processor – Snapdragon 845. That being said, we have seen smartphones with Snapdragon 835 with very good performance, so it’s not something we can’t live with.

If Snapdragon 835 is slightly disappointing, what makes up for it is the fact that Nokia 8 Sirocco is a part of Google’s Android One program. Smartphones under Android One program get swift security updates and all major updates in Android version for two years. Like we just mentioned, Nokia 8 Sirocco runs Android 8.1 and its UI is mainly stock Android. So the app drawer is not integrated with the home screen and swiping right will show you your Google cards. But the best thing about the smartphone’s user interface is that it comes without any bloatware, with the exception of Support app by HMD Global. From time to time the smartphone offers ‘Smart Suggestions’. For instance, it prompted to delete the media files with low resolution and when we clicked on that notification, it took us directly to the list of these files.

There are also some gestures that one can activate on Nokia 8 Sirocco. These include turning over the smartphone to reject a phone call, double tapping on the power button to activate the camera or muting the smartphone on picking it up. Users will have to schedule the Night Mode for making their smartphone’s display slightly amber in lowly lit conditions. Users can also activate Glance Screen which will let them view time, notifications, reminders and alarms even without powering the smartphone’s screen on.

Coming to the performance of Nokia 8 Sirocco, even though the smartphone isn’t powered by the latest processor in the market, the combination of 6GB RAM coupled with Android 8.1 and Snapdragon 835 does a brilliant job.  We obviously weren’t expecting to come across any lags or hang-ups on the device, and Nokia 8 Sirocco completely met our expectations. Multi-tasking on the device was a cakewalk and having numerous apps and Chrome tabs open was no problem. We could easily use the phone for navigation, gaming and listening to music – all at one.

The fingerprint sensor of the device works perfectly and fine, and we didn’t encounter any problem with it. An experience that was very good on the device was gaming. We played games like Angry Birds 2, Temple Run 2 and Super Mario and even heavier ones like Asphalt 8: Airborne, and the smartphone’s performance remained consistent with all of them. The glass back did heat up a bit when we were playing Angry Birds 2, but it was very negligible. Another good thing was that the smartphone didn’t lose too much battery when we used it for gaming.

We have already spoken about how it is a visual treat to watch videos on Nokia 8 Sirocco’s display, but what’s even better than that is watching 4K content. It looks crisp and sharp and the colours were vibrant.  The audio quality of the phone completely matches up to it. We feel that the curved display of the smartphone actually enhances the video experience as it was nice to see videos fill up the entire screen.

Now let’s talk about the camera experience of the smartphone. The 12MP+13MP dual rear cameras of the phone come with Zeiss optics and there is a 5MP selfie shooter on the front panel. Before you jump to conclusions, we should remind you that megapixels of a camera do not determine its performance. 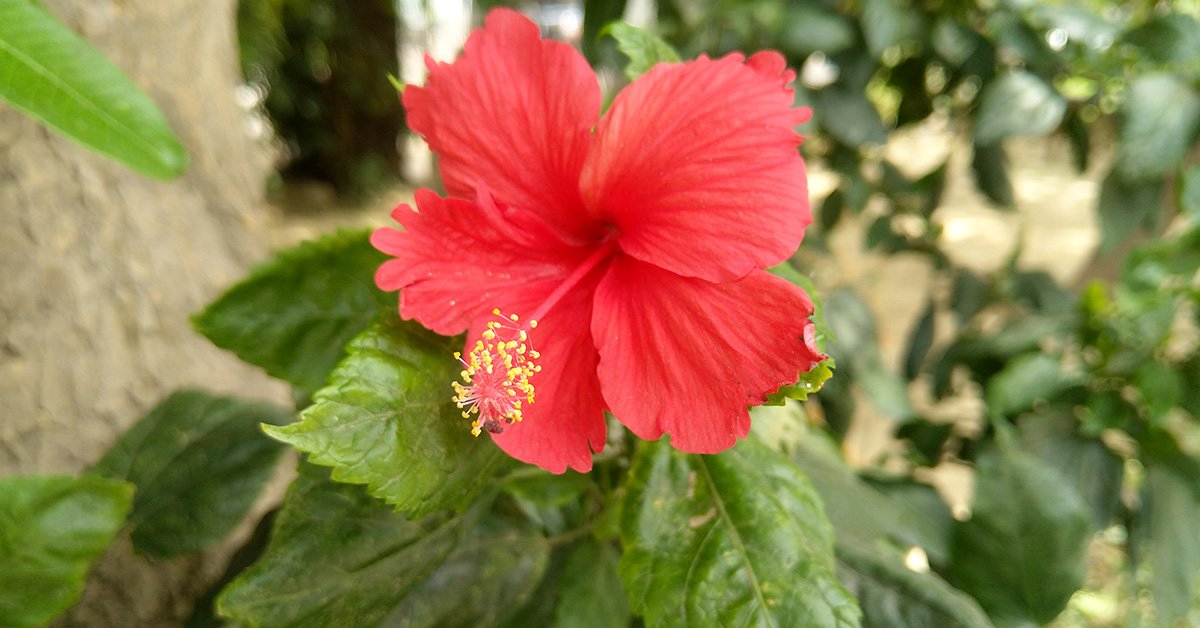 The smartphone has a Pro mode, panorama, live Bokeh mode and also a Bothie feature which lets users capture images from selfie and rear camera simultaneously.  There is also a 2X optical zoom with which one can capture long distance shots. 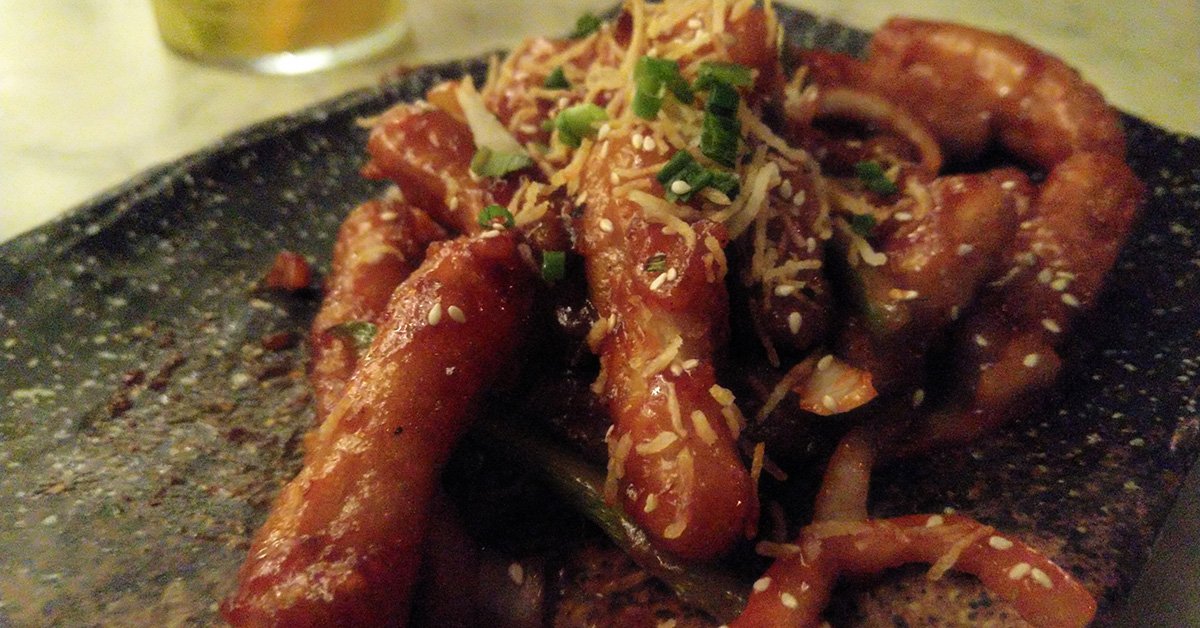 The dual rear camera setup works very well. We clicked a lot of pictures using them and tried various modes of the camera app. A mode we particularly liked was the Pro mode as it lets users adjust settings like ISO, shutter speed, exposure, white balance and focus via radials. One could also adjust the depth of field in Bokeh mode – which looks particularly good in selfies. Overall, we really liked the quality of pictures.  The colours were accurate and vibrant, and images turned out to be sharp. Even shots that we captured from a slow moving car turned out to be good. However, if you compare it to other flagships like Google Pixel 2, photographs will look a little lack-lusture.

We only felt the lack of OIS in the smartphone when we were capturing images in lowly lit areas. In fact, the smartphone only performed decently as far as low light photography goes. Using a flash at times made the photos too white, and not using it was not always a feasible option. We don’t mean that low light photography was bad, it was only not as good as other flagship devices. One does expect better from a premium smartphone.

Nokia 8 Sirocco is also capable of recording Slow-motion videos and they mostly turned out to be good. We were happy with the selfies it’s from its front facing camera especially with Bokeh effect on.

Coming to the battery of the Nokia 8 Sirocco, it is something we are happy with. The 3,260mAh battery easily lasts a day with heavy usage and it lasts up to a day and half with moderate usage. The best part is that the phone only takes slightly over an hour to be charged completely.

There are more reasons to buy the Nokia 8 Sirocco than not to. The smartphone’s design is exquisite and unconventional, the display is a treat for the eyes and the performance is very impressive. The battery lasts an entire day and Nokia 8 Sirocco comes under the Android One program which is a big plus. The downsides include the lack of latest processor and the fact that the photography is not as good as other flagships. However, like we mentioned earlier, Snapdragon 835’s performance is extremely good and it can handle all kinds of heavy apps and gaming very well. As far as the photography goes, you’ll get sharp images with accurate colours and Bothie mode, but the photographs may not be as good as the ones taken from the likes of Google Pixel 2.

To conclude, we’ll say that Nokia 8 Sirocco is totally worth the money at Rs 49,999. Users would not be disappointed. If you are too bothered about the processor or the photography, you can go for another option like the Samsung Galaxy S9.

10 kids-friendly cartoon series you can let your child watch on...

Vipul Chandwani - Oct 26, 2021 0
The Internet is a wide world of entertainment. You can just sit for a while and enjoy tons of programs. But what about your...