Sony LinkBuds WF-L900 review: For the music keen who do not want to miss the ambient notes

We have been playing around with Sony LinkBuds WF-L900 for over a week and this is what we could make of them. 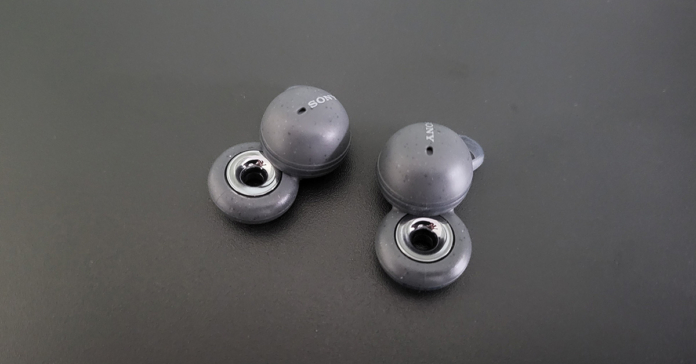 Sony has been on a launching spree, not just in the TV segment but in the wireless earphones segment too. The latest to enter the Indian market is the Sony LinkBuds WF-L900, which does break the common design factor that most others are sporting for a couple of years now. This is our Sony LinkBuds WF-L900 review that you should read before purchasing a new audio earphone in the premium segment.

It is good to see big companies like Sony have pledged to save the planet and its resources in small as well as big ways. To start with, in 2022 we have seen them using biodegradable enclosures for their audio devices. On the same lines, the Sony LinkBuds WF-L900 also come in cardboard (biodegradable box) without any use of plastics. 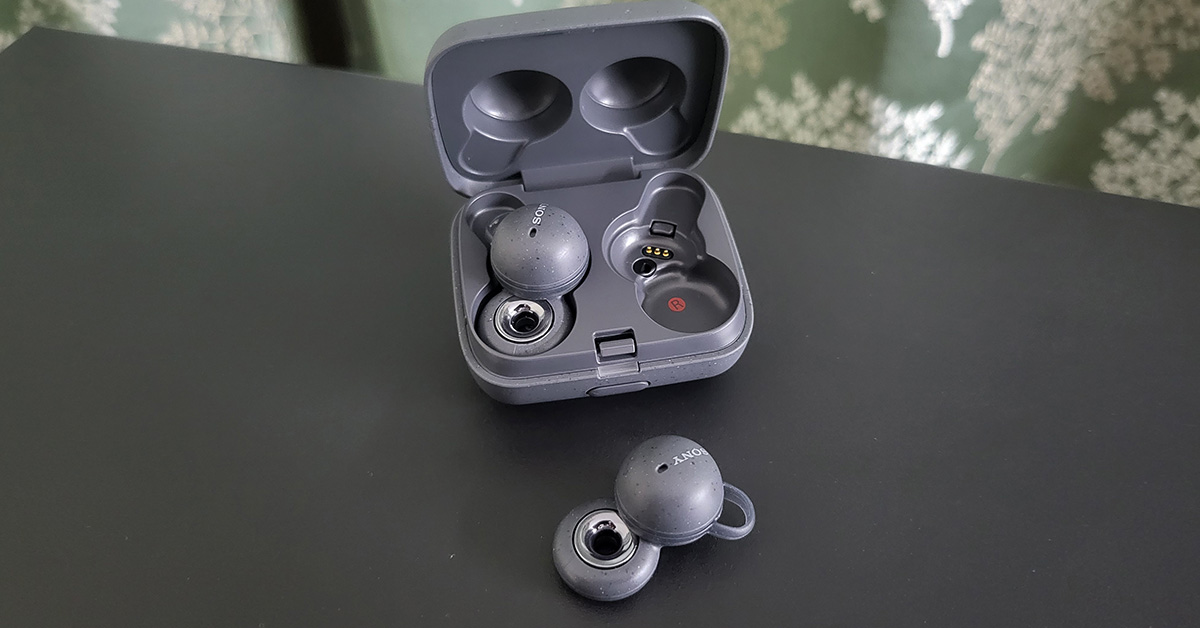 Pull open the box and you will see a differently made clamshell style charging box. Inside which you get never seen before audio earbuds. We personally call it the infinity design, as two circles (one which holds the battery and the other of the audio driver), remind us of the infinity symbol. We got our hands on the black version, which does look like the night sky, as a speckle of white dots can be seen all over it. On the other hand, white colour variant is also available.

Sony does say that the Sony LinkBuds WF-L900 is also made from recycled plastic material, which again is good for the planet. Assessing its design further, we saw a couple of microphones on the device as well as proximity sensors behind each earphone. What does this sensor do? It automatically pauses the music, as soon as you pull out any one of the audio earbuds. Place them back in the ear and music automatically starts playing. 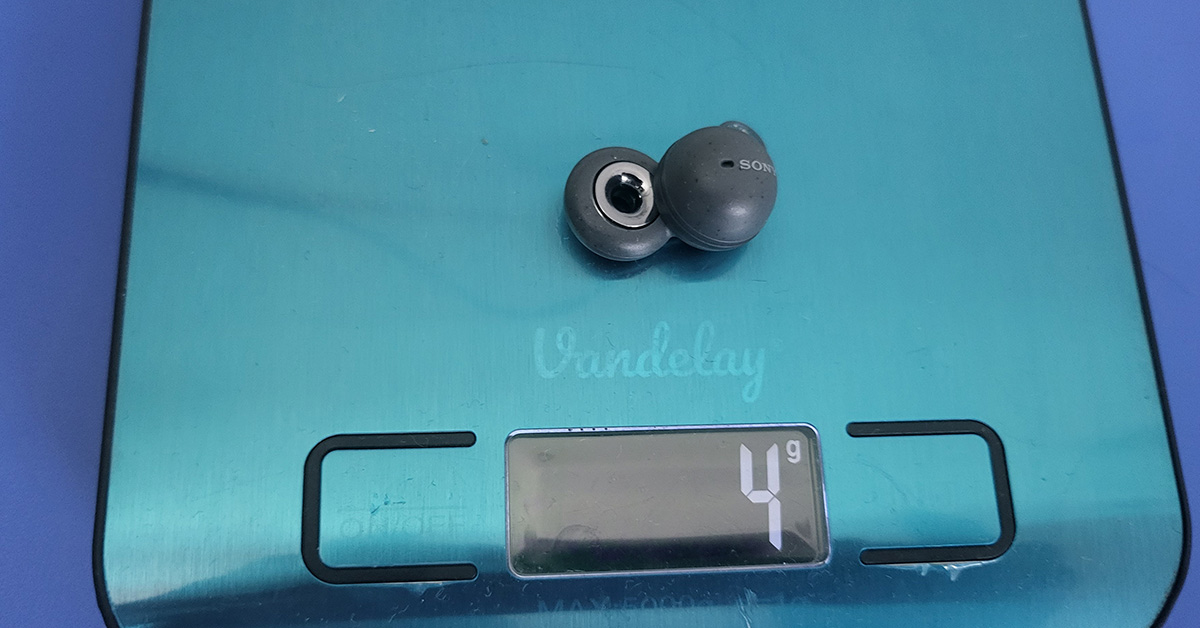 Each Sony LinkBuds WF-L900 is extremely lightweight and weighs just 4 grams. The charging box is also quite light at just 33 grams (without the LinkBuds inside). Talking about which, the charging case is robust and has a hard-press button to open the lid. An LED indicator is also placed above it. Spin it around and you will see a pairing button as a well as USB Type-C charging port. A short charging USB Type-C charging cable also comes in the box, however, these audio phones cannot be charged wirelessly. 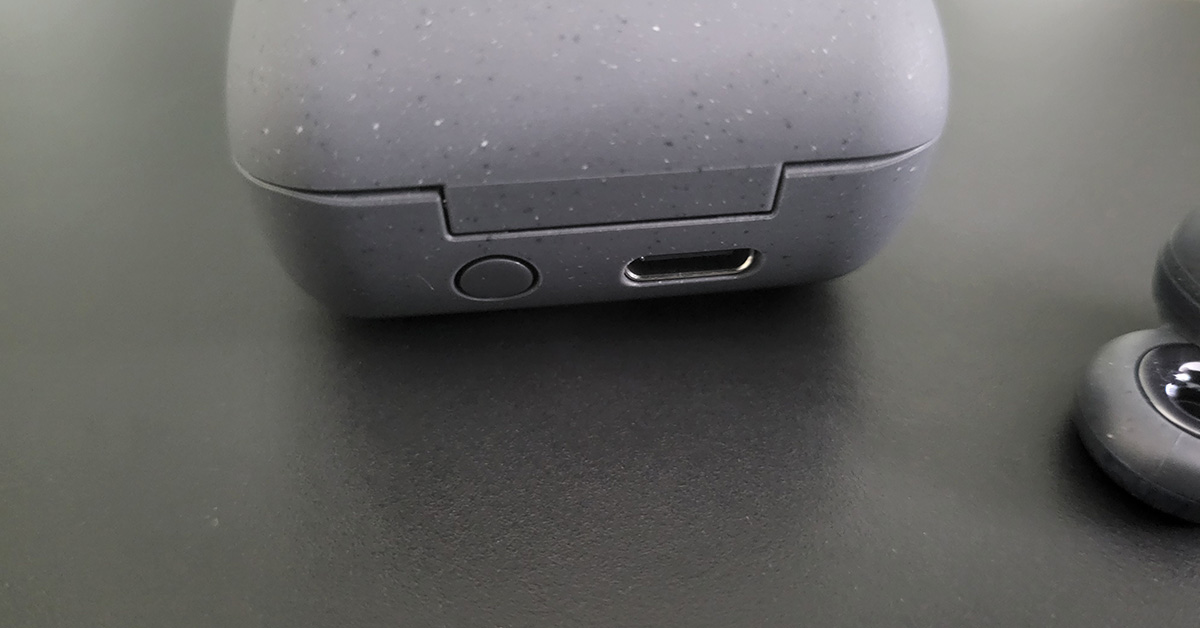 All in all, we loved how the Sony LinkBuds WF-L900 are designed. The new infinity design works for us with a hint of silver in form of the inside ring on the audio driver enclosure. 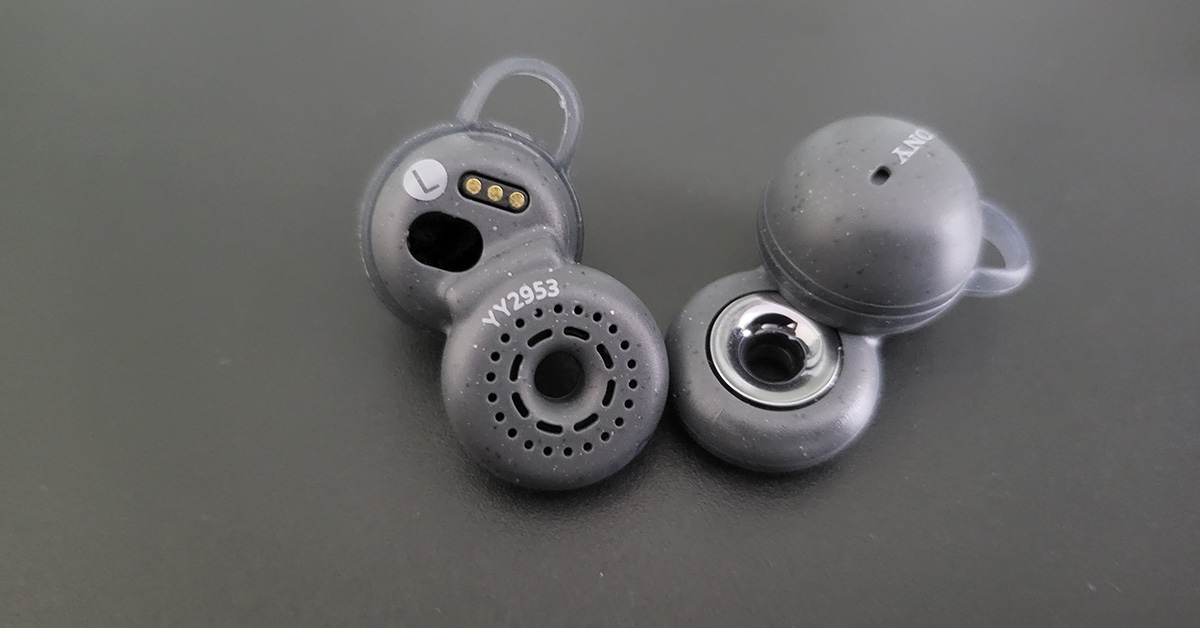 Now let’s talk about how the Sony LinkBuds WF-L900 performed for us. But before that let’s put a little light on how you must wear them. We would call ourselves a bit of an expert when it comes to wearing any wireless TWS properly. But this one was a curve ball for us. Instead of pushing them in, you have to slide them from the back to the front of your ear lobe. So that the audio driver circle is not digging in, but is placed flat.

Here the silicone rubber head should also be locked within the ear cavity for the perfect fit so that they do not fall off. Yes, it takes a little time to get used to, but after a few hours with them, you will be wearing them like a pro. Also, you get multiple silicone lock rings within the box for different ear types. Here is a great video also, which shows you how to wear them properly.

Moving on to its sound. Sony has done a very good job, but do not expect them to be as bombastic as some of the other Sony’s. Since it lets you hear all the ambient sounds, the boom/bass is a little less. Also, there is no noise cancellation. Well, there could not have been as there is a hole in the audio driver ring. But still, the sound is exceptional. The highs, lows and mids are great and you get to hear each and everything that is happening around you. Which is kind of a good thing as then you are fully aware of your surroundings even when you are enjoying great music or are on a voice call.

Since we touched upon voice calls, the audio clarity on the Sony LinkBuds WF-L900 is excellent. The MICs work perfectly and one can easily make or receive calls with them. Also, there is different gesture control available on the Sony LinkBuds WF-L900. Instead of tapping on the earphones themselves, you have to tap in front of the ear lobes to play/pause or go to the next or previous tracks.

But this can only be done when the wide area tap feature is turned on in the Sony Connect app (available on both Android and iOS). This feature worked decently for us up to an inch in front of the ear lobe. Anything further, then the Sony LinkBuds WF-L900 do not respond. In case this feature stop working, you can just turn off the wide-area tap for a few seconds and turn it back on, it will solve the problem.

Moving on to the battery life. Sony claims these can last up to 5.5 hours. And the charging case provides additional 12 hours of battery life (a total of 17.5 hours). In our real-time tests, we got 4.75 hours out of the LinkBuds alone and an additional 11 hours (approx) from the charging case. Which is not bad at all. Over that, you can quickly charge them too. 10 minutes of quick charge will fetch you 1.5 hours of playback time.

Furthermore, these are IPX4 water resistant. We took them out for a run and light sweat did not hurt them at all. Neither did they slip out of the ear in real-world use. Even though they are not made for gaming, we tried them when playing BGMI. The latency is very low as each earphone connects simultaneously (and not one with the other) to the BT device. Nevertheless, we will not recommend it for pro-gaming use as you need ANC for that.

Sony LinkBuds WF-L900 also support Google Assistant and Alexa. You can fast pair them with Windows 10 or 11 machines, too. So, at Rs 19,990 as they worth buying? We do feel they would have been perfect if they were slightly cheaper, but if you are one of those who want to be aware of your surroundings all the time, these are great for everyday use. We loved its sound and the new infinity design. At last, a company is trying to do something different in the otherwise mundane audio earphone industry.

Bass could have been thumpier

Slightly less price would have been perfect

- Advertisment -
Sony LinkBuds WF-L900 review: For the music keen who do not want to miss the ambient notesSony has been on a launching spree, not just in the TV segment but in the wireless earphones segment too. The latest to enter the Indian market is the Sony LinkBuds WF-L900, which does break the common design factor that most others are sporting...