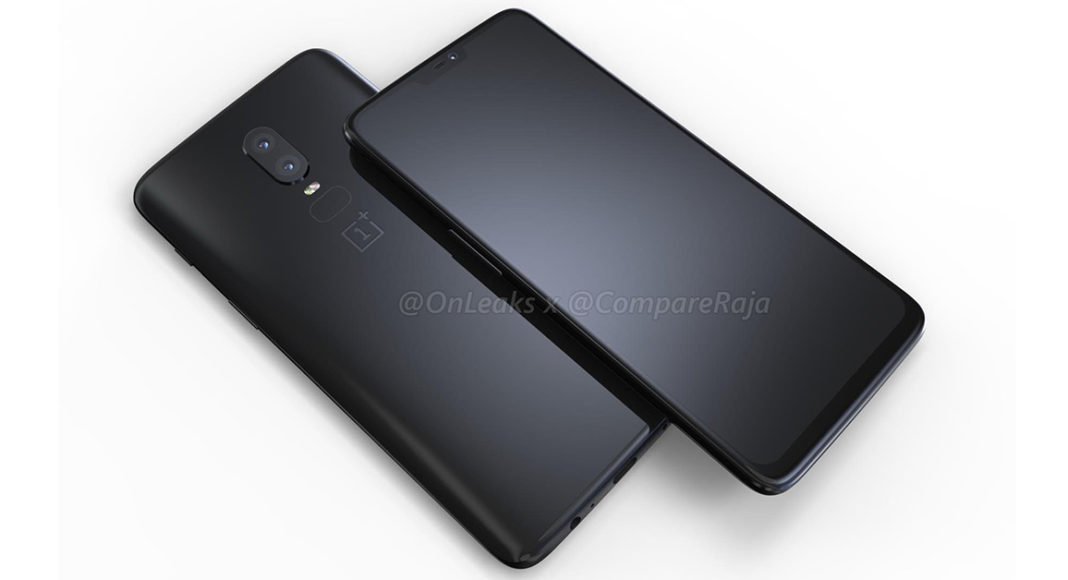 OnePlus 6 is slated to launch globally on the 16th of May and will be showcased in Mumbai, India on the following day. There have been lot of news and rumours about the smartphone and how it will look like. The latest that has come to light is a HD render by Compare Raja spotted by EV Leaks.

The image shows that OnePlus 6 will indeed sport a 3.5 MM audio jack and a USB Type C charging port. It will also have a dual vertical camera setup that should be the best in class. The camera setup is very Apple-like. The notch can also be seen in this image, but the bottom part will still have a bit of a band, though lesser than the one found on OnePlus 5T.

The price should be less than Rs 40,000 as indicated to us by industry insiders. OnePlus 6 will also be available in 2 variants, one with 64 GB and other with 128 GB memory. However, fan boys are going gaga over rumours of a 256 GB special edition variant. OnePlus 6 will also feature a Qualcomm 845 chipset and Android 8.1 operating system.

Other things also known to us is that the smartphone will carry the latest Qualcomm 845 chipset and will have 4K display resolution. Amazon will be the company’s official online sales partner and people should be able to purchase it soon after the launch.

Not only that the Avengers edition of OnePlus 6 will also go on sale on the 21st May, which will be a limited edition smartphone. The wait is just killing us, this is one of the most awaited smartphones of the year and has much good being done around it. There are few other nice one’s going launched in India, which we are privy to, more on that in the coming weeks. As of now, OnePlus 6 is making all the buzz.