HomeMobilesXiaomi has announced Mi Explorers 2019, and is looking for 48 Mi...

Only Indian nationals are eligible for this mission. 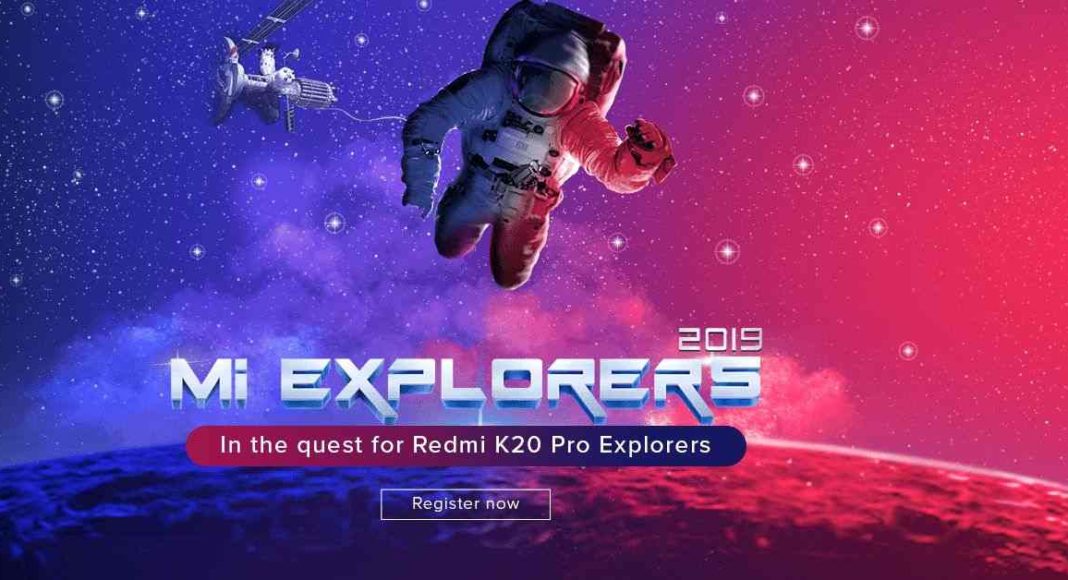 Only Indian nationals are eligible to apply for the competition. Where group participation, Xiaomi staff, event organizers, distributors, and Xiaomi affiliated employees are not eligible to participate. The shortlisted Candidates are required to sign A non-disclosure agreement (NDA) in which the candidates should not leak or share any information/detail about the product that includes the name of the product/images/screenshots or any other details in regard to the product on any platform without the permission of the company.

In the said programme the candidates will be given a series of missions, which they have to complete and submit before the deadline. All the information related to mission details, timelines, and the format will be shared on the mission thread that is subject to change. All the missions will be closely examined by the company. On successfully completing the rounds, Explorers will gain points by the number of likes received on their accomplished missions that will relate to the final ranking. The company has also asked the candidates to keep their social media accounts open to the public so that the explorers can be evaluated according to their level of engagement, competency, and ability to create quality suggestions for the Mission. For any other information, interested candidates can visit the official website of Xiaomi India.

To recall Xiaomi India also announced a challenge in which the company engaged 100 Mi fans under Mi Generation programme 2016 for the promotion of Redmi Note 3. Since then the company has been launching such programmes to engage its Mi fans in exploring the devices before the launch. But after the launch of Xiaomi Redmi note 4 the company suspended the Explorer Programme.

Recently the Chinese smartphone maker Xiaomi launched K20 And K20 pro in China. But now in partnership with India, the company is going to launch the smartphone in the country sometime in Mid-July. Till now the company has not disclosed any details in regards to the official launch date, pricing, availability details or launch offers that customers will be able to benefit with the smartphones.

Komila Singhhttp://www.gadgetbridge.com
Komila is one of the most spirited tech writers at Gadget Bridge. Always up for a new challenge, she is an expert at dissecting technology and getting to its core. She loves to tinker with new mobile phones, tablets and headphones.
Facebook
Twitter
WhatsApp
Linkedin
ReddIt
Email
Previous articleApple recalls 2015 MacBook Pros with Retina Display due to battery related issues
Next articleSony’s C310 and WI-C200 wireless neckband headphones launched in India

How to port a mobile number?

How to do WhatsApp video calls on the web?

How to create your own room in the Clubhouse app: A...

Yoi M - Jun 11, 2021 0
Moderating a room in the Clubhouse app is like handling your own Channel. The social networking application allows users to participate in the audio...