HomeComputersAcer introduced its new line of Predator monitors, desktops as well as...

Acer introduced its new line of Predator monitors, desktops as well as accessories

In Taipei, at the Global Press Conference Acer announced the addition of new Desktops, Monitors and Accessories to its Predator Gaming Portfolio. The company has introduced Predator X25, Predator XB3, Orion 9000 and Orion 3000 gaming monitors along with Nitro 50 gaming desktops, Predator Gaming Chair x OSIM as well as Predator Cestus 350 mouse. However, the company has not shared the release date or the pricing of the devices

“Our latest gaming line-up is outfitted with some of the most innovative and powerful technologies available today,” said Jerry Kao, Co-COO of Acer. “As a leader in the gaming industry, we strive to help gamers gain an advantage over their opponents with robust, feature-rich systems and devices that push the boundaries of performance, ease of use and comfort.”

Starting with the Predator X25 gaming monitor, it comes with a 24.5-inch display with 1920 x 1080 pixels of resolution supported by a 360Hz refresh rate for the better gaming experience. The display features the latest NVIDIA G-SYNC processors. According to the company, the gaming monitor can also adjust its brightness and colour temperature automatically based on environmental light. Whereas using the LightSense X25 can detect the amount of ambient light in the viewing environment and automatically adjusts its brightness settings to maximize viewing comfort. Whereas the AdaptiveLight automatically adjusts the monitor’s backlights to suit the ambient light in the room, while ProxiSense reminds gamers to take a break after a set amount of time. 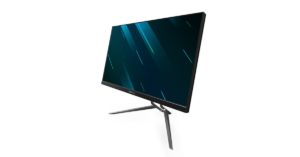 All the variants of the monitors are NVIDIA G-SYNC Compatible supported by 240 Hz refresh rates and up to 4K UHD resolution. The display offers 178-degree viewing angles. As per the company, DisplayHDR 400 supports bright images with high contrast and colour accuracy, while up to a 0.5 ms (G to G) response time-motion blur in fast-moving images. All the monitors include Acer AdaptiveLight, RGB LightSense and comes with a stand that features tilt, swivel, pivot and height adjustment.

The Predator Orion 9000 is powered by an Intel Core i9 Extreme Edition processor with dual NVIDIA Geforce RTX 2080 Ti graphics cards in SLI mode, up to three 3.5-inch HDDs and two 2.5-inch SDDs with a USB 3.2 Gen2 Type-C hot-swap dock for SSD/HDDs. It is provided with three 4.7-inch Predator FrostBlade fans that enable up to 16% more airflow and 55% increased static pressure than its predecessors. Whereas the CPU liquid cooler fan keeps the temperature low so that the device doesn’t heat up. For connectivity, it comes integrated with Killer E3100G and Intel WiFi 6 support and overclocking can be activated at the touch of a button.

The Nitro 50 Series desktops are fuelled up by 10th Gen Intel Core i7 processor and up to a GeForce RTX 2060 SUPER GPU paired with up to 64GB of DDR4-2666 memory. The desktop comes with FrostBlade cooling to adjust the heating temperature and is provided with a high capacity of storage of 1TB NVMe PCIe SSD and two 3TB HDDs.

The Predator Cestus 350 gaming mouse comes with five custom profiles or leverage preset DPI (up to 16,000) settings via the hyper-accurate Pixart 3335 optical sensor and makes use of 8 programmable buttons, enabling them to optimize their mouse for each game. It also supports fast wireless connectivity with a polling rate of 1 ms/1000 Hz for wireless and 0.5 ms/2000 Hz for wired. 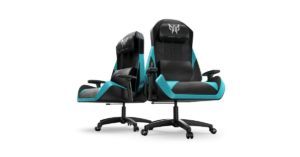 Last but not least the Predator Gaming Chair x OSIM has been designed for the professional gamers and eSports enthusiasts which gives a relaxing massage that leverages OSIM V-Hand Massage Technology to emulate the agile hands of a professional masseuse on the user’s neck and shoulders. In addition to this it also offers other massage techniques such as knead, press, roll and tap that cover the entire back, this gaming chair has been specially designed to decrease tension and optimize physical comfort during or after gameplay.

Komila Singhhttp://www.gadgetbridge.com
Komila is one of the most spirited tech writers at Gadget Bridge. Always up for a new challenge, she is an expert at dissecting technology and getting to its core. She loves to tinker with new mobile phones, tablets and headphones.
Facebook
Twitter
WhatsApp
Linkedin
ReddIt
Email
Previous articleAcer unveiled Swift 5 Notebook at the [email protected] Acer 2020 event
Next articleAcer’s Predator gaming laptop series now gets Intel’s 10th Gen chips: Everything you must know