The company has included new Predator Orion 7000 series desktops in its portfolio. 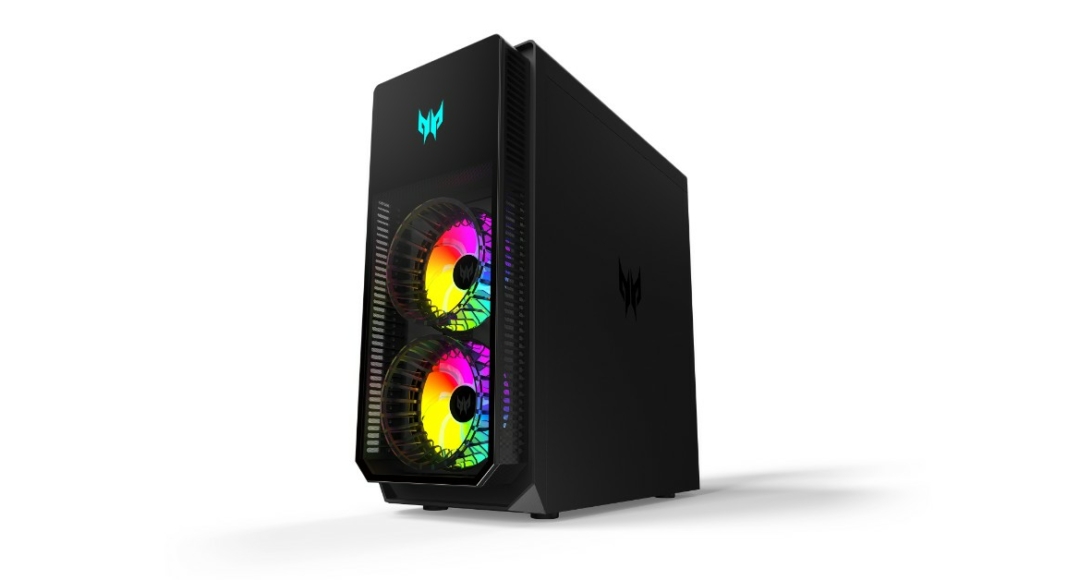 Along with the new lineup of Chromebooks, Acer also announced the launch of its new lineup of Predator gaming products, which includes gaming desktops and projectors. The Taiwanese company introduced Predator Orion 7000, Predator GD711 Projector,  Predator GM712 Projector and Predator Gaming Desk. The desktops are powered by 12th Gen Intel Core processors and NVIDIA GeForce RTX 3090 GPU. Whereas the projectors are compatible with both consoles and PCs.

The top case features an opening, making it possible for users to replace a 4.7-inch fan with a 9.45-inch fan. The device comes integrated with PredatorSense software that allows gamers to control the ARBG lighting, fan speed and overclocking. For thermal management, there is AIO liquid CPU cooler and advanced airflow management to effectively cool system components.

Predator GD711 is a smart 4K LED gaming projector that is compatible with both console and PC gaming systems. The Acer projector also comes with a built-in app that allows users to access a variety of streaming services. It comes with a wide colour gamut that amounts to 125% of the area ratio of Rec. 709. The device offers 4,000 LED lumens of brightness, high dynamic contrast and HDR10 for high-quality images.

It comes with several modes like 4K (3,840 x 2,160) resolution for enjoying movies and videos in sharp detail, while two game modes—one for bright scenes, another for dark ones—let users pick frame settings optimized for the aesthetics of the game they’re playing. In addition to this Acer, Predator projector has a  variable refresh rate mode of [email protected] Hz for consoles or up to a blazing fast [email protected] Hz for PCs.

The Acer Predator GD711 also has a throw ratio of 1.22, which means it supports a wide range of throw sizes. However, the company recommends a 100-inch screen thrown from just 2.70 m (8.85 ft). The device also includes a 10W speaker and remote control that has an antimicrobial coating on its surface and buttons. The connectivity options on the device include two HDMI 2.0 ports for PCs and consoles, audio out for an extra speaker and three USB Type-A ports: One for the projector’s hidden wireless dongle, another for connecting wireless accessories, and another for DC 5V-out that also enables users to update the device’s firmware.

In contrast, the Predator GM712 is a lamp based projector that is available with 4K resolution and 3,600 ANSI lumens of brightness. 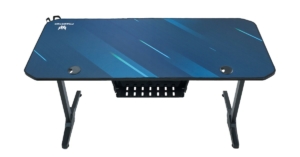 This is a  55-inch Predator gaming desk (PGD110) however it is being offered in two surfaces one coated in easy-to-clean, stylish carbon fibre or another covered with a custom-designed Predator mouse pad. It also includes a rack for storing gamepads and/or cartridges, a headphone hook, a cup holder, and a tray tucked in the back for AC adapters. There is a headset cradle to save desk space, a cup holder to prevent spills, and a cable management cutout on each side.

Lastly, the Predator Gaming Desk (PGD110) will be available in EMEA in December starting at EUR 229.

Komila Singhhttp://www.gadgetbridge.com
Komila is one of the most spirited tech writers at Gadget Bridge. Always up for a new challenge, she is an expert at dissecting technology and getting to its core. She loves to tinker with new mobile phones, tablets and headphones.
Facebook
Twitter
WhatsApp
Linkedin
ReddIt
Email
Previous articleBest gadget deals to look out for this Diwali across e-commerce stores in India
Next articleHow to screen share during Facetime in Apple iOS 15?