All the TVs run on Android 11 and are powered by a Cortex-A55 processor. 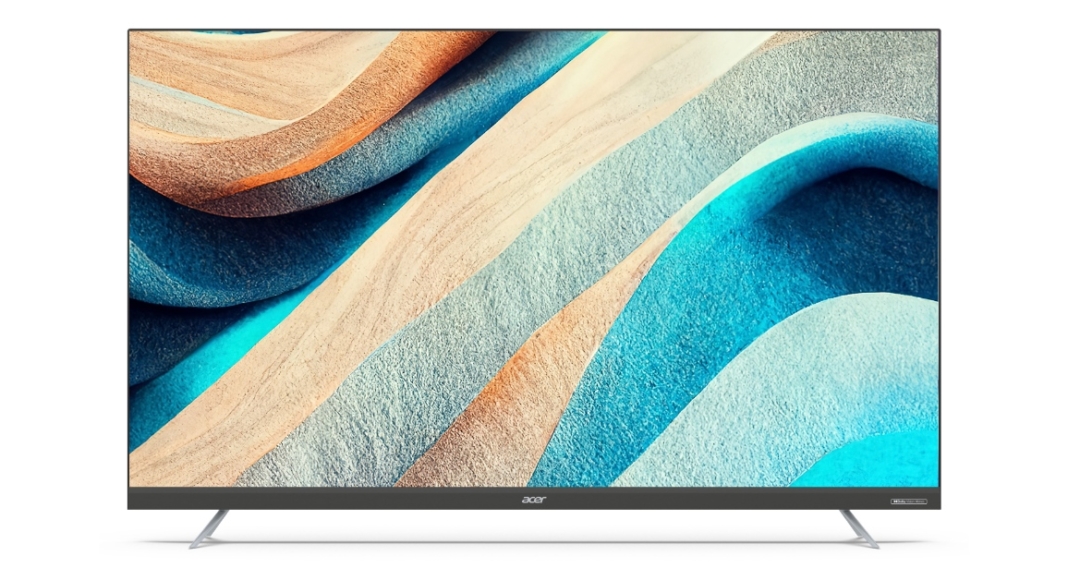 Indkal Technologies, the official licensee of Acer Home Entertainment business in India today has officially announced the launch of its new line of premium televisions based on Android TV 11 – the H and S-Series. Dolby Vision and Dolby Atmos and as well as MEMC technology for improved picture and video quality will be included with the premium series. The most recent product line will include HiFi Pro Speakers with 60W sound output.

The Acer H Series UHD TV consists of 3 models 43-inch, 50-inch and 55-inch priced at Rs 29,999, Rs 34,999 and Rs 39,999 respectively. Whereas the S-Series includes two models 32 inch and 65-inch models priced at Rs 14,999 and Rs 64,999 respectively. All the Televisions models will be offered for a special introductory price for a short period of time on all e-commerce platforms and over 4000 retail outlets. Additionally, customers in this series will receive a 3-year warranty.

The Acer S-series is available in screen sizes of 32(HD) inches and 65(UHD) inches. The 32-inch model offers 40W sound output with Dolby Atmos and HDR10+ compatibility. Whereas the 65-inch Acer S-series model features a UHD 4K video resolution and 420 nits of brightness.

In addition to this the Television model supports HDR10+, HLG, and Dolby Vision. It offers a colour gamut of 1.07 billion. Additionally, the TV offers Dolby Atmos sound output at 50W.

Cortex-A55 processor power the Acer S-series and H-series televisions. The devices have 2GB RAM and 16GB internal storage whereas the 32-inch S-series model has 1.5GB RAM and 8GB onboard storage. The Google-certified Android 11 OS powering the Acer S and H-series TVs includes pre-installed apps including Netflix, Prime Video and more.

The Acer H-series, on the other hand, features 43, 50, and 55-inch screens. All the models offer 4K UHD resolution, HDR10+, HLG, and Dolby Vision. The Dolby Atmos-tuned H-series speakers provide a 60W sound output.

Both the series come with support for video calls using Google Duo. There is MEMC technology for improved picture quality. Micro dimming is also there as well as an intelligent frame stabilisation engine and blue light reduction.

In terms of connectivity, there are three HDMI 2.1 connectors, a USB 3.0 port, USB 2.0 port Wifi as well as Bluetooth.

Komila Singhhttp://www.gadgetbridge.com
Komila is one of the most spirited tech writers at Gadget Bridge. Always up for a new challenge, she is an expert at dissecting technology and getting to its core. She loves to tinker with new mobile phones, tablets and headphones.
Facebook
Twitter
WhatsApp
Linkedin
ReddIt
Email
Previous articleOppo F21s Pro 5G, Oppo F21s Pro arrives in India: Pricing and specification details
Next articleHow To Follow Responsible GamStop Rules?