Ahead of the launch Vivo V19 pricing and specification details leaked online, teased to launch in India soon 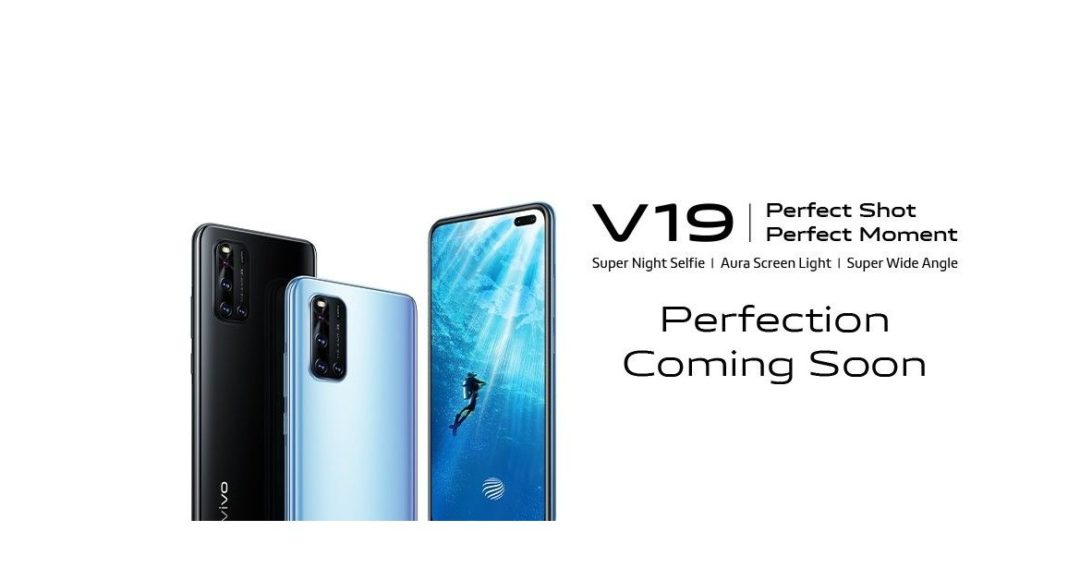 The Chinese smartphone company Vivo is all set to launch a new smartphone in India. The company is going to launch Vivo V19 in the country which is said to be the rebranded model of Vivo V17 which was launched in India last year. The company launched the phone in the Indonesian market last week however the Indian variant will have slight changes according to a report.

The online publisher 91Mobiles confirmed that Vivo V19 is going to be powered by Snapdragon 712 along with 8GB of RAM. instead of  Snapdragon 675 chipset. Another leakster Ishan Agarwal also shared live images of the upcoming smartphone.

According to the report, Vivo V19 is going to feature a 6.44-inch FHD+ Dual iView E3 Super AMOLED display with a 20:9 aspect ratio and 409ppi. The Indian variant is likely to be powered by 2.3GHz octa-core Snapdragon 712 SoC paired with 8GB of RAM and two storage variants – 128GB and 256GB. It is stated to come with a full glass design on the front as well as back panel. It is likely to come with an in-display fingerprint sensor along with two colour options Mystic Silver and Piano Black.

On the back, there will be an  L-shaped quad-camera setup similar to Vivo V17. The set up will include a 48MP primary sensor, an 8MP super wide-angle lens, a 2MP macro lens and a 2MP depth sensor. While on the front it will be sporting a dual punch-hole camera consisting of a 32MP main sensor and an 8MP wide-angle lens.

Komila Singhhttp://www.gadgetbridge.com
Komila is one of the most spirited tech writers at Gadget Bridge. Always up for a new challenge, she is an expert at dissecting technology and getting to its core. She loves to tinker with new mobile phones, tablets and headphones.
Facebook
Twitter
WhatsApp
Linkedin
ReddIt
Email
Previous article
Amazon Echo Auto Review: Making your car a bit smarter
Next article
Kodak’s Android-powered 4K TVs launched, now available on Flipkart for Rs 23,999