The smartwatch comes with built-in GPS and SpO2 monitoring. 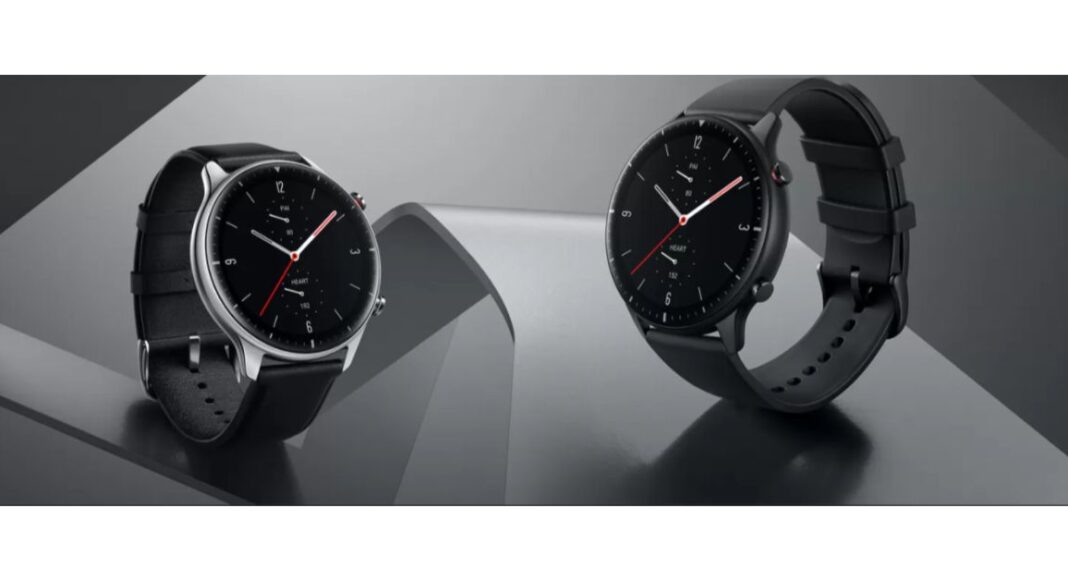 Xiaomi backed company Huami has announced to launch its flagship Amazfit GT 2 series in India soon. The lineup includes three wearables  GTR2, GTS2 and GTS 2 mini. The Amazfit GTR2 is now confirmed to arrive in India on December 17  and the other two devices will follow the launch sometime later this month. To recall the GTR2 smartwatch has already been introduced globally and is now coming to India. The watch comes with a built-in Alexa,3D curved design, heart rate sensor and a blood-oxygen saturation measurement

According to the Amazfit India Blog post, Amazfit GTR 2 launch in the country is set for December 17. It says, “The series(Amazfit GT 2 series) will launch its classic essential GTR 2 on December 17th, 2020 and the other two classics(GTS2 and GTS 2 mini) will follow the launch. The GT 2 series packs a punch in terms of battery life and is built to last. The long battery life of the GT 2 series watches means they will be with you on your journey every day of the week.”

According to the company, more details related to the launch will be revealed soon via the company’s official website and Flipkart as well as Amazon. Both the e-commerce websites have already begun teasing the features of the upcoming smartwatch.

Amazfit GTR 2 comes with a 1.39-inch AMOLED screen. It offers a peak brightness of 450 nits and 328ppi. The display has 3D glass surrounded by a ceramic bezel. The Amazfit smartwatch is 5ATM rated for dust and water resistance for up to 50 meters and comes with GPS  with dual satellite positioning and NFC. The device also includes 12 professional sports modes. The watch delivers up to 14 days of battery life on regular usage and up to 38 days when used in the basic watch model. The GTR 2 holds 3GB of onboard storage that lets you store up to 600 songs.

The Amazfit smartwatch has a BioTracker 2 PPG  heart rate sensor that will be helpful to monitor heart-rate and blood-oxygen saturation in order to provide a score for the quality of breathing during sleep. In addition to this, the watch can also let you answer phone calls and also includes built-in Alexa.

The Amazfit GTR 2 classic variant features a stainless steel body and a leather strap while the sports variant comes with an aluminium alloy body with a silicone strap.

Komila Singhhttp://www.gadgetbridge.com
Komila is one of the most spirited tech writers at Gadget Bridge. Always up for a new challenge, she is an expert at dissecting technology and getting to its core. She loves to tinker with new mobile phones, tablets and headphones.
Facebook
Twitter
WhatsApp
Linkedin
ReddIt
Email
Previous article
Nokia 3.4 likely to launch in India by mid-December
Next article
LG K42, LG K52 shows up on the BIS website, suggesting imminent launch in India