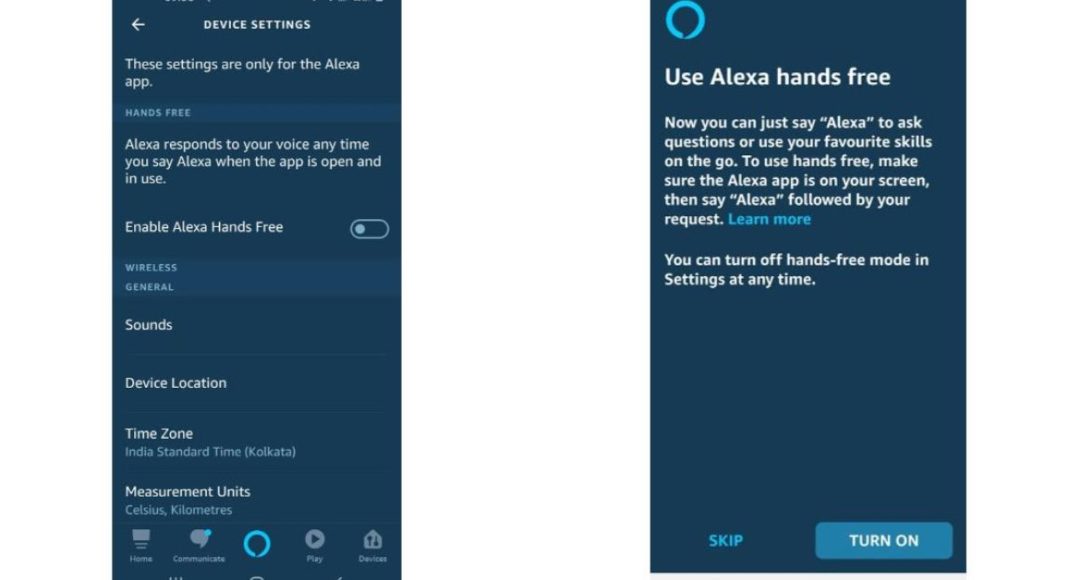 Every other day Amazon is introducing new skills to its voice assistant platform ‘Alexa’, which is getting smarter and smarter. Now the company has added new functionality to go hands-free. The company has announced this feature so that the users can access Alexa using their Smartphone but here is a catch first you have to take the help of Google Assistant or Siri on your phone to open the Alexa app on your phone to make it happen.

While announcing this feature the company stated, “Today, Amazon announced hands-free access to Alexa in the Alexa app. With this update, whether on the treadmill or out for a walk, customers can now just ask Alexa to control smart home products, make shopping lists, listen to music and more when the Alexa App is open on the screen.”

using the feature one can easily wake up Alexa on their mobile phones using their voice. This functionality works just similar to how you access Alexa on your Echo devices. This means one doesn’t need to take the hassle to first pressing the blue Alexa button on the app to activate the voice assistant. Unfortunately, one needs to keep the phone screen or the phone unlocked. For us, this feature is of no use until it can be used without having to unlock our device and launch it first. Or in that case, you have an option to shift to a device with Alexa as a voice assistant. Amazon already sells Alexa enabled smartphones such as Moto X4 and others to let you access Alexa using the command of your voice. If you are not comfortable with the idea of replacing your phone then for hands-free access on the Alexa app the users first need to tell the Google Assistant on their Android phone or Siri on iPhone to open the app. For instance, just say, Hey Siri/Google open Alexa app and unlock your phone using fingerprint or face unlock.

The Alexa hands-free functionality for the convenience of the user in addition to the Windows devices with the Amazon music app comes with the ability to allow them to play their favourite music using their voice. The Alexa hands-free capability is available on both iOS and Android platforms to access, customers will need to update their Alexa app or download it from the Apple App Store or Google Play Store. Users can turn the feature on/off at any time in their mobile app settings.

Once the wake word is detected, an animated blue bar will appear at the bottom of the screen, indicating Alexa is streaming your request to the cloud. Here are a few examples of on-the-go experiences customers can set up:

Komila Singhhttp://www.gadgetbridge.com
Komila is one of the most spirited tech writers at Gadget Bridge. Always up for a new challenge, she is an expert at dissecting technology and getting to its core. She loves to tinker with new mobile phones, tablets and headphones.
Facebook
Twitter
WhatsApp
Linkedin
ReddIt
Email
Previous articleTop 10 DOTA 2 Guilds in India you might want to join: Dota 2 Battle Pass 2020
Next articleIntel now introduces Thunderbolt 4: Here’s everything you must know