Amber Alerts for Missing Children are now available on Instagram

AMBER Alerts are a vital method on Instagram to keep children safe. 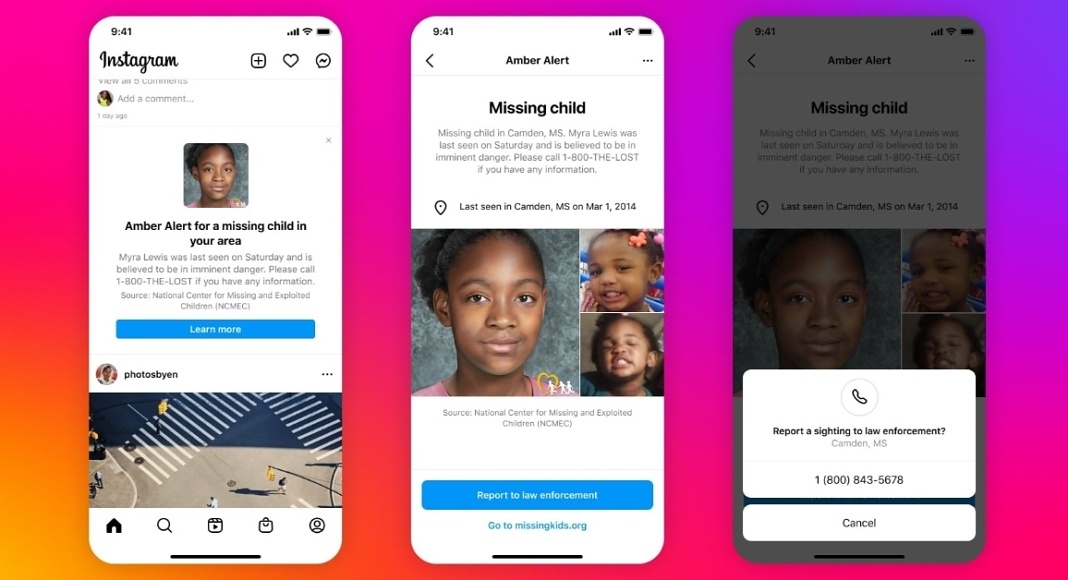 Instagram has announced the addition of another essential service on its platform called AMBER Alerts, which allows individuals to read and share missing child reports in their area. This feature will begin to roll out today and will be available in all 25 countries during the next several weeks. AMBER Alerts on Facebook have proven successful in assisting authorities in locating missing children since 2015. The notice will include crucial information about the youngster, such as a photo, description, and the location of the kidnapping, among other things.

For the first time, Instagram has added AMBER Alerts to its platform. The National Center for Missing & Exploited Children (NCMEC) in the United States, the International Centre for Missing & Exploited Children, the National Crime Agency in the United Kingdom, the Attorney General’s Office in Mexico, the Australian Federal Police, and others collaborated on this feature.

“We know that the chances of finding a missing child increase when more people are on the lookout, especially in the first few hours. With this update, if an AMBER Alert is activated by law enforcement and you are in the designated search area, the alert will now appear in your Instagram feed,” the blog post noted.

Important details about the child will be included in the alert, such as a photo, description, abduction location, and any additional information that can be provided. The warning can also be shared with friends to help spread the information.

According to Instagram, these are uncommon alerts that are specific to the search area. If you get one, it signifies a missing child search is underway in your area. It uses a variety of indications to determine who should receive these alerts, including the city you mention on your profile, your IP address, and location services (if you have it turned on).

AMBER Alerts on Facebook was announced in 2015. Since then, hundreds of successful child endangerment cases have been solved in the United States and around the world because of the warnings.

Komila Singhhttp://www.gadgetbridge.com
Komila is one of the most spirited tech writers at Gadget Bridge. Always up for a new challenge, she is an expert at dissecting technology and getting to its core. She loves to tinker with new mobile phones, tablets and headphones.
Facebook
Twitter
WhatsApp
Linkedin
ReddIt
Email
Previous article
BGMI Update: The Hidden Hunters Royale Pass is now available on Battlegrounds Mobile India
Next article
How To Create A Disposable Email Address With Gmail In 2022?