HomeOther TechGamingAMD launches its Ryzen PRO and Athlon PRO CPU for commercial and... 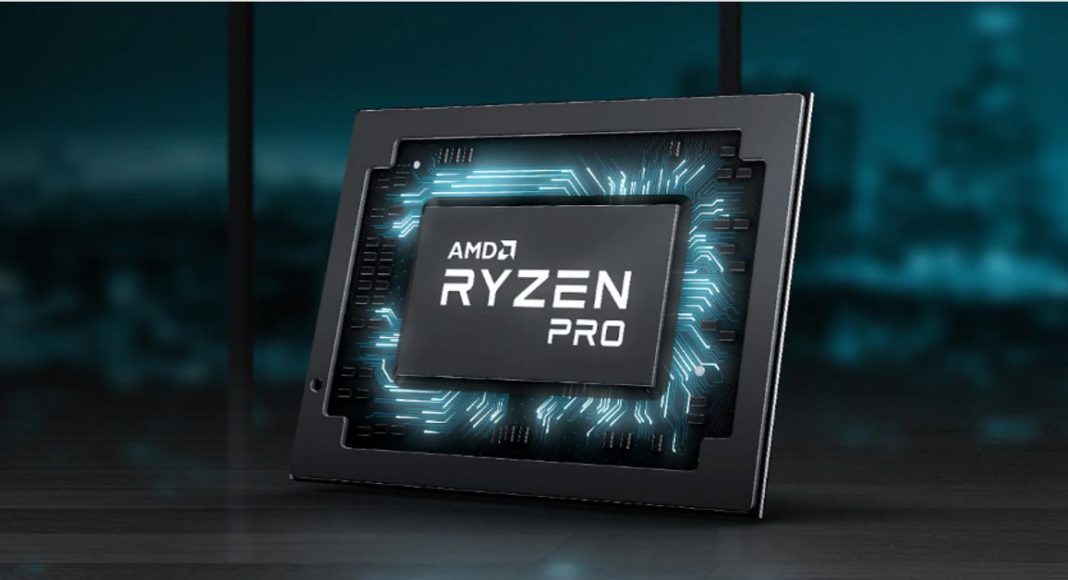 The new Ryzen PRO CPU from AMD is capable of providing the commercial notebook users with power-efficient performance, security features, manageability and reliability. With these new features, the new CPUs will provide the global PC manufacturers the ability to power a wide range of business systems ranging from premium professional notebooks to everyday productivity notebooks. In other words, these new PRO CPUs from AMD are capable of powering and handling the regular day-to-day task along with the heavy and intensive workload.

The last PRO CPU is from the Athlon series named the AMD Athlon PRO 300U Mobile Processor with Radeon Vega 3 Graphics. It comes with 2 cores while the number of threads in this CPU is 4. The max boost clock speed is 3.3GHz while the base clock speed of the AMD Athlon PRO 300U Mobile Processor is 2.4GHz. It is the lowest variant of the new PRO CPU’s and it will most likely be used in the daily use notebooks instead of the professional notebooks.

Along with the launch of new PRO CPU, the company has also announced an update to its AMD Partner Hub which provides its business partners with the tools and resources they need to successfully sell and market AMD products. New features of these Partner Hub include a product specification database, where partners can view a list of specifications for the AMD products with easy compare and export features. AMD is also providing new digital merchandising kits for point-of-sale materials, and a section targeted at system builders which enables them with quick and easy access to all relevant sales and marketing material.

Aman Singhhttps://www.gadgetbridge.com/
Aman Kumar Singh has a Masters in Journalism and Mass Communication. He is a journalist, a photographer, a writer, a gamer, a movie addict and has a love for reading (everything). It’s his love of reading that has brought him knowledge in various fields including technology and gadgets. Talking about which, he loves to tweak and play with gadgets, new and old. And when he finds time, if he finds time, he can be seen playing video games or taking a new gadget for a test run.
Facebook
Twitter
WhatsApp
Linkedin
ReddIt
Email
Previous articleTwitter CEO Jack Dorsey was paid $1.40 as salary in 2018
Next articleApple’s ‘2019 16-inch MacBook Pro’ may get a successor in 2021