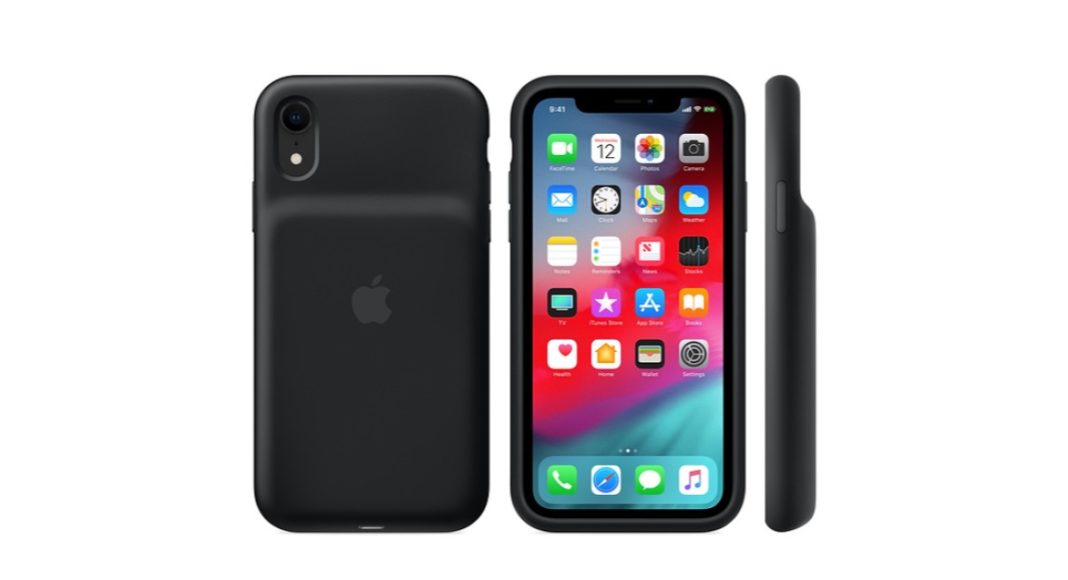 Apple has used a soft-touch silicone exterior coupled with a soft elastomer hinge design. The insides of the case have a lining of microfiber. The battery pack is hidden in the new Smart Battery case. But one can easily figure out where it is because the case protrudes out where the battery is placed.

The Smart Battery Case has been designed in a way that it won’t create any hindrance in case the user wishes to use the Lightning port for charging their iPhone or for connecting their headphones to listen to music. It has also support for Qi-certifies chargers, which basically means that the Smart Battery case can be charged using a compatible wireless charger. Users may also opt for fast charging by using a USB-PD compatible charger.

The Smart Battery Case for iPhone XS, iPhone XS Max and iPhone XR costs $129 which, on conversion becomes approximately Rs 9,200. While it has already gone on sale in the United States, as of now, there is no word on its India pricing or availability.

We should mention that this isn’t the first time that Apple has launched a Smart Battery Case for its iPhones. Back in 2015, the company had rolled out the case for its iPhone 6 and iPhone 6s smartphones. However, the design of the case attracted a lot of criticism. The company’s CEO Tim Cook even defended the design of the case saying that accessory wasn’t something that was meant to be used on a daily basis.

Avani Baggahttp://www.gadgetbridge.com
Avani has an immense love for reading, travelling and food, but not necessarily in the same order. Avani almost started pursuing law, but life had other (better) plans for her and she chose to be a writer instead (luckily!) She previously covered technology at Times Internet and wrote about smartphones, mobile apps and tech startups. When she’s not writing, you’ll be able to find her in book stores or catching up on her social life.
Facebook
Twitter
WhatsApp
Linkedin
ReddIt
Email
Previous article
How To Ramp Up Privacy On Your Smartphone
Next article
Apple’s foldable phone will launch in 2020 and it’ll be completely different from Samsung Galaxy F