Now Apple will be able to produce its own modem chip

Apple in a deal valued at $1 billion USD with Intel purchased the greater part of Intel’s smartphone modem patents. As per the deal, 2200 Intel employees will join the company alongside intellectual property equipment and leases in order to manufacture its own line of 5G chips in order to diminish its reliance on Qualcomm. In addition to this, the Smartphone maker will now be the owner of 17,000 wireless technology patents that will include a variety of cellular communication standards to modems hence it will now be a more influential competitor across the world. Therefore playing a vital role in global licensing talks between chief 5G patent holders like Huawei Technologies.

Intel CEO Bob Swan said “This agreement enables us to focus on developing technology for the 5G network while retaining critical intellectual property and modem technology that our team has created. We have long respected Apple and we’re confident they provide the right environment for this talented team and these important assets moving forward. We’re looking forward to putting our full effort into 5G where it most closely aligns with the needs of our global customer base, including network operators, telecommunications equipment manufacturers and cloud service providers.” 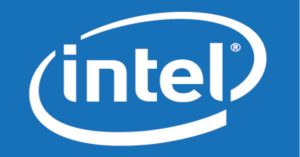 After this news, Intel’s shares rose 5.7 percent to $55.05. Intel, a leader in the semiconductor industry, will continue to build up modems for the non-smartphone applications, such as PCs, industrial equipment along with self-driving cars.

Johny Srouji, Apple’s senior vice president of Hardware Technologies said “We’ve worked with Intel for many years and know this team shares Apple’s passion for designing technologies that deliver the world’s best experiences for our users.  Apple is excited to have so many excellent engineers join our growing cellular technologies group, and know they’ll thrive in Apple’s creative and dynamic environment. They, together with our significant acquisition of innovative IP, will help expedite our development on future products and allow Apple to further differentiate moving forward.”

After the news spread, Apple’s shares rose by 0.1 percent to $207.29. The Cupertino based company has always relied on external suppliers for Modem chips to connect devices. After its dispute with Qualcomm over patent licensing practices Apple chose Intel as its sole source of iPhone modem chips. After its deal with Intel will boost up Apple’s aspiration to manufacture its own modem chips. Apple’s two biggest competitors Samsung and Huawei by now are capable of manufacturing their own modem chips leaving behind Apple. This will speed up the development of producing a modem under Apple, too.

It is also reported that Apple is planning to make use of Qualcomm’s modem technology for a 5G iPhone in 2020 because the smartphone company will not be able to self-supply modem chips till September 2020. So it has collaborated with Intel to start the development of the 5G modem technology all set to be used in some of its devices by 2021.

Komila Singhhttp://www.gadgetbridge.com
Komila is one of the most spirited tech writers at Gadget Bridge. Always up for a new challenge, she is an expert at dissecting technology and getting to its core. She loves to tinker with new mobile phones, tablets and headphones.
Facebook
Twitter
WhatsApp
Linkedin
ReddIt
Email
Previous article
PUBG Mobile Lite launched in India now compatible with entry-level smartphones: Everything you need to know
Next article
BSNL introduced prepaid recharge plans of Rs 1,399 and Rs 1,001 offering validity of 270 days